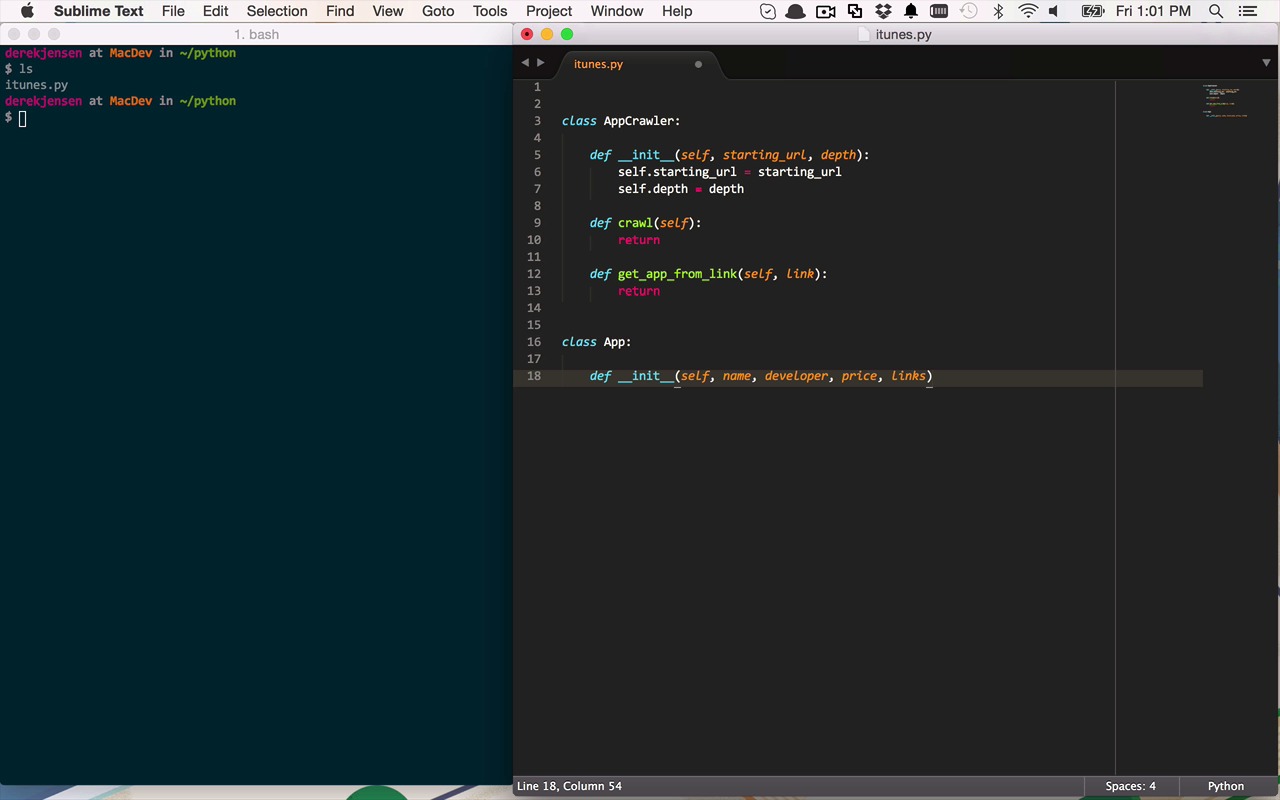 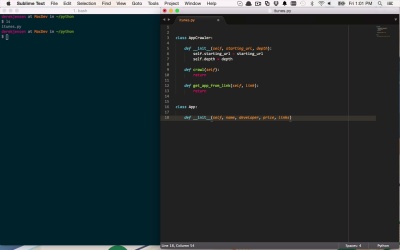 Just because we are coding a quick example of web crawling and scraping, it doesn’t mean we should just slop code into our editor. In this lesson we will create a basic logical structure for our app that will contain the following two classes: