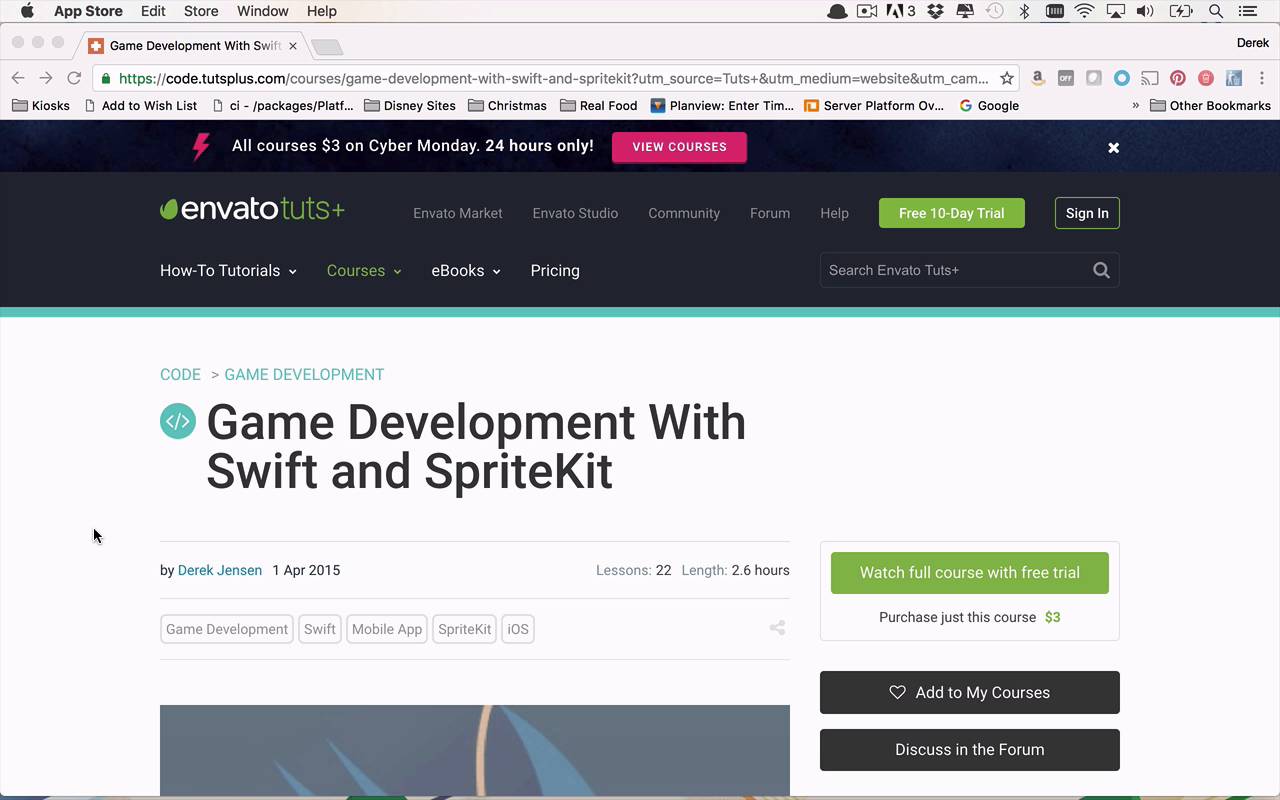 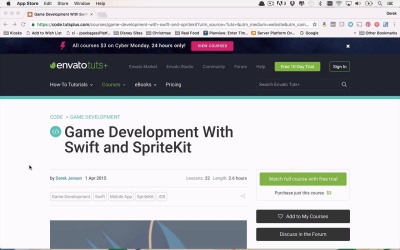 In order to follow along with this course, you will need the latest version of Xcode—you can download this for free from the App Store. To understand the course, you should also know a little about the Swift programming language and basic iOS development.

So let's dive straight into prerequisites. Now for this particular course, like so many other iOS development courses and tutorials that you followed along on Tutsplus, you're gonna know that for the most part, you really only need one tool and that's Xcode. And if you don't already have it, then all you need to do is head over to app store. It's a free download, and you can download it and install it on just about any Mac. I highly recommend you getting the latest and greatest version. The latest version in this case is actually 8.1 or a new build of 8.1. So you can go ahead and download that and install it. I have a previous build of 8.1, so I don't have the latest and greatest bits. But for the most part, those were additions for the touch bar and some of the new things that are gonna be supported now on the new Mac Books. So for the most part, as long as you have an 8.x version, you should be fine to follow along with this course. And that's really all you're going to need as far as tooling. Now in addition to that, I'm going to be going over several concepts in this course that are gonna have to do with SpriteKit. Now if you have never done any sort of SpriteKit development, then you may wanna think about heading back to one of my previous courses. It's a little bit old. It was done in 2015, but the good thing is that for the most part SpriteKit really hasn't changed all that much from then until now. What has changed though, is the Swift programming language. At that point, we were right around 1.0 or 1.1 and we're up to version 3 right now. So what you will see are some changes in the way things are written within Swift. Although it will be all that difficult for you to follow along, if you're familiar with an older version, it would definitely behoove you to go back to this particular course, to understand some of the basics and fundamentals like what is a Sprite? What are seams? What are nodes? How to add things to the scene? How do you detect collisions and things like that. Since we're gonna be talking about a lot of these topics in this course, and I'm not gonna be going really deep into them or as deep as I went into them in this previous course, because we're trying to get from nothing to a side scrolling game. That's really the goal here. So like I said, if you don't have a lot of familiarity with either Swift or SpriteKit, then I would definitely advise you to go back and take a look at this course. And kind of bring yourself up to speed a little bit and then hop into this one. So without further ado, let's get started.