Menu items, pages and (hierarchical) taxonomies are all examples of data with a tree like structure: terms can have parents, children and siblings. Usually we would like to reflect this structure in the HTML markup. For displaying a menu, for instance, we want the HTML to be of a list of 'top level' links, with nested lists of their children, which themselves contain nested lists of their children, and so on. This tutorial will guide you through a class WordPress provides which makes producing this mark-up extremely simple.

What Is the Walker Class?

The walker class is an abstract class designed to help traverse and display elements which have a hierarchical (or tree like) structure. It doesn't actually 'do' (in the sense of generating HTML) anything. It simply traces each branch of your tree: it has to be extended by other classes which tell it what to do for each element it comes across. WordPress provides its own extending classes, such as:

Each of these classes extend the Walker class by simply dictating what the class outputs at each element and level of the tree. In order to de-mystify this class we shall look at its main methods and a couple of examples of how to use it. The class itself can be found here.

The walker class gets kicked off with the walk method and it's this method which returns the HTML once it's been generated. It accepts two arguments:

The walk method singles out the 'top level' elements – those without parents – and places them in one array. The rest, the children, are placed in a second array where the key is the ID of its parent (it's a two dimensional array as one parent can have multiple children):

It then loops through each of the parent elements in turn and applies the method display_element.

As the name suggests display_element is responsible for displaying an element in our tree. In fact, it calls several functions to do this. These functions are deliberately left blank in the Walker class – and it's these which are altered in the extending classes, as they determine the actual HTML returned. These include:

So what does display_element actually do? It's actually where all the magic of the Walker class takes place. First lets take a look at what arguments it's given:

The display_element method first calls start_el which is responsible for displaying the element. Exactly how it does that depends on the context. For a drop-down menu it may be <select> Current Item or for a navigation menu it may <li> Current Item. Notice that there is no closing tag yet. If this element has children, we need to display them first so to that they are nested inside this item...

So next it checks if the current element we are on has any children and that we have not reached the maximum depth. If so, we explore each of the children in turn, by calling display_element for each of them (with the depth argument incremented by one). In this way the display_element recursively calls itself until we reach the bottom.

Suppose we have reached the 'bottom' (an element with no children or the maximum depth), then it calls end_el which adds the closing tag. There the current instance of display_element finishes and we move back up to the parent who applies display_element to the next child, until we've processed each of its children. When the parent has no more children left we move back up the tree, and so on until every branch is explored. Confused? He's a diagram which I hope will clarify things:

Using the Walker class makes displaying custom hierarchal data very simple. Suppose you have an array of objects, with 'label', 'parent_id' and 'object_id' properties that you wish to display a list of. This can now be easily be accomplished with a very simple class:

Note: The extending class is responsible for setting where to find an element's ID and that of its parent.

You can extend the walker classes to change what content is displayed, alter the HTML generated or even prevent certain branches from being shown. Functions such as:

Suppose you want to have a secondary (sub) menu that is related to your primary menu. This may take the form of links that sit just below your primary menu or in a side-bar which show only the 'descendant' menu items of the current 'top-level page'. As an example from the diagram above, if we're on the 'Archive', 'Author', or 'News' sub pages, we would like to show all of the links below 'Archive'. Since Walker_Nav_Menu does most of what we want, we shall extend that class rather than the Walker class. This saves us a lot of effort, since the Walker_Nav_Menu adds the appropriate classes ('current', 'current-ancestor' etc) to the relevant links. We shall extend the Walker_Nav_Menu walker class to alter the logic slightly, and prevent it from displaying any top-level links or any of the descendants of the 'non-root' pages.

First of all, in your template files, we will use the wp_nav_menu() function twice, pointing to the same theme location (I shall call it 'primary'). If you don't have a theme location registered already you should read this article. Whichever theme location you are using, you should save a menu to that location. We shall display this menu twice. First, wherever you want your 'top-level' menu to appear:

Then again, with a custom walker, to display only the (relevant) child pages.

We now extend the start_lvl and end_lvl functions. These are responsible for outputting the HTML that wraps a level (in this case the <ul> tags). If we are on the top level we don't want to display these tags (after all the contents will not be shown).

That class in full:

Once you understand how the walker class works you can extend it (or WordPress' existing extensions) to alter how your hierarchal data is displayed. For instance you can: 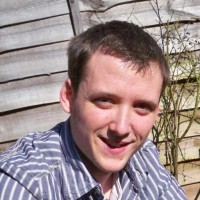