Appcelerator is known for their revolutionary product Titanium Developer, which allowed web developers to create mobile applications without learning Cocoa-Touch or Java. They recently released their first major update since the acquisition of Aptana: a full-fledged IDE. Titanium Studio RC 1 is now available for download. If you are not familiar with Appcelerator or are unsure of the benefits and changes in Titanium Studio, check out this quick overview to see what the new features have to offer.

If you are a mobile developer but haven't heard of Titanium Developer, you are missing out on some really cool stuff.

When I think back over the years that I have been developing websites and working with computers, I cannot think of anything that has been as revolutionary to me personally as the Titanium Developer platform.

I am a web developer. I wanted to build mobile applications for the iPhone and Android devices when they came out, but my Objective-C and Java knowledge was a bit lacking.

The Titanium project allowed me to use my existing knowledge of HTML, CSS, and JavaScript to create some incredible things. Native, cross-platform applications. All from one code-base.

I will make mention here that Titanium Developer / Studio does support developing for desktop applications as well. Watch out OS X, Windows, and Linux!

Titanium Developer. That is so last year...

Yes, I was praising Titanium Developer above. It is and will continue to be an incredible piece of software. But, it has some downfalls. Aside from compiling your applications, you're on your own.

There can be some benefits to this lean approach to development, and we will discuss that later. However, my main point is just that Titanium Developer is to be used in conjunction with everything else that you use while developing a project. 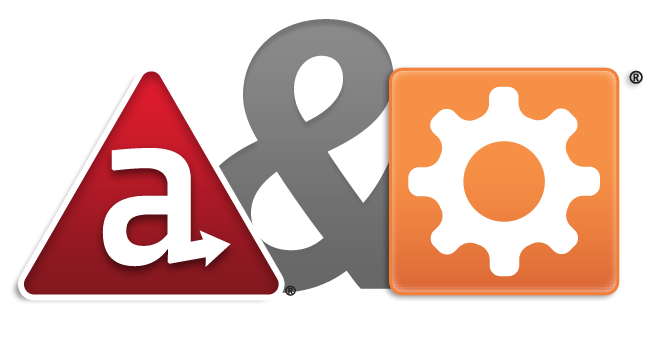 On January 7th of this year, Appcelerator completed the acquisition of Aptana. This news made me very excited. Their plans were to combine the just released Aptana Studio 3 and Titanium Developer to create a fully-functional and feature-loaded IDE with Titanium Developer capability. That is just what they did. What follows are some of the highlights. 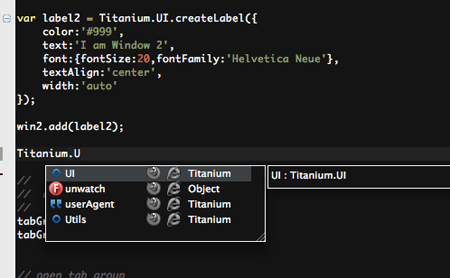 This is a huge time-saver. Especially when you are just learning the Titanium API. 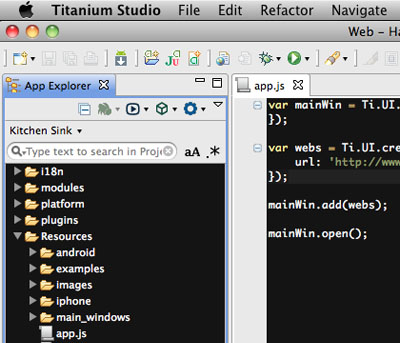 There really isn't a whole lot to say about the project explorer. It allows one to navigate through a project and swap the available projects from a drop-down menu. 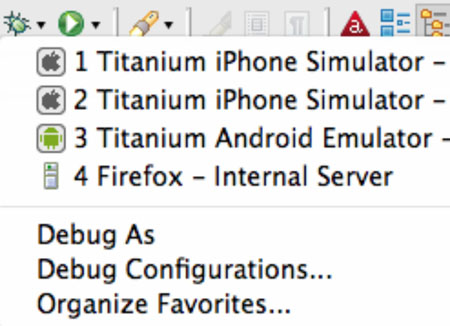 The integrated debugging functionality is huge. Before, if there was an error in you application, it would either fail and throw a standard JavaScript error with a line number of your code listed or simply fail to launch. The debugging process was pretty frustrating at that point.

With the integrated debugger, it is possible to see real-time what your app is doing. It is possible to set breakpoints on your code. This can be done by double-clicking in the margin next to the line of code of interest.

This makes it possible to examine in depth lines / snippets of codes, or change variables at the time of execution.

Support for Git is built right in. This makes it very easy to collaborate on projects within Titanium Studio. All one has to do is enter the information in the preferences screen.

Again, there isn't much to say about this one, but it is there. So, for what it is worth, it is possible to check your code with W3C validators to make sure that it is compliant and free of errors.

Getting Around In Titanium Studio

Everything in Titanium Studio is very straight-forward once the Android SDK and iOS SDK are installed. There is also great built-in documentation and step-by-step instruction on how to do this. What I will highlight is how to launch a project in a simulator and edit the project information.

I felt pretty upset at myself with how easy this was to do. In Titanium Developer, there was a project information tab. One just had to click on this and edit away. I spent 10 minutes or so looking around for this in Titanium Studio. It is really easy. 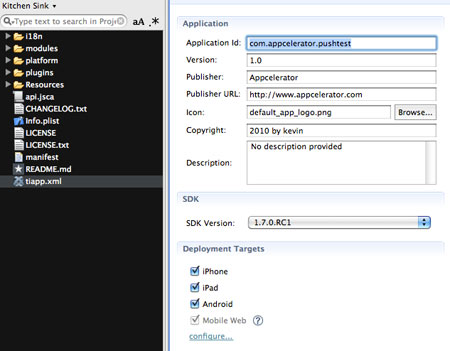 To do this, simply open the tiapp.xml file. There is all of the information.

Launching a Project in the Simulator

Launching a simulator was just different enough that I clicked a few wrong things. It totally makes sense. Use a Play button to start the simulator. I know, easy right?

Is This Really a Con?

Let's play devil's advocate for a second. I have been pretty taken by Titanium Studio. But, is there something I have been missing? Honestly, I don't think so. All the same, let's talk through this.

Forced Use of a Specific IDE

But I only develop in TextMate/Coda/TextWrangler/DreamWeaver/Eclipse/etc. Ok. This is true. Everyone has their preferred flavor of code editor or IDE. Most of us have our shortcuts memorized and code-helpers setup. There could be a little learning curve. I have not been hampered yet. But I couldn't argue against this.

Larger HD Footprint For the App

A few months ago I would not have brought this up. It almost seems like a jump backwards in time. Today, standard HDD have a tremendous amount of storage. Why bring this up? I recently upgraded my new MacBook Pro with a Solid State Drive (SSD). The speed increase is phenomenal. I did take a large hit on my storage space though, and now I count every MB.

Titanium Developer was something ridiculous to download. Something like two or three megabytes. The space used here was only in the Android and iOS SDKs. Titanium Studio is a full fledged IDE. The app folder weighs in at 291.6 MB for me.

Could this be a factor? Maybe.

I almost didn't want to say this, but it is true. Marginally. Titanium Developer was a small lightweight piece of software. On my old system it loaded rather quickly. An IDE like Eclipse did take a little time.

For comparative sake I preformed a "highly-scientific" test on Titanium Developer and Titanium Studio load times. (One one-thousand. Two one-thousand.)

For benchmark purposes, I am using a new MacBook pro with 8GB of RAM, an 80 GB SSD, and an Intel Core i7 at 2 GHz.

Titanium Developer was loaded and ready to go in three seconds. Titanium Studio slightly slower at 11 seconds. Will this play a factor in developer attitude and preference? I highly doubt it, but would not discount the possibility of the question coming up.

I really think the integrated IDE in Titanium Studio is a home run. It addressed so many of my woes with Titanium Developer. Everything is right there in one program. There is no cmd + tab (alt + tab for my Windows friends) between programs, rifeling through folders to find your sandbox directory, and no more guessing when debugging.

In my opinion, this is a solid release and a big step forward for Appcelerator.

Titanium Studio RC 1 can be downloaded directly from Appcelerator's site.

Dan Stever
Dan has over 15 years experience in the web and technology industry and has been involved in projects ranging from corporate-scale to startup. He is currently slinging code at Roost. Code junkie, coffee lover, energetic, and passionate. Born and raised in small-town midwest, he puts great importance on family values but lives life at full-speed. He currently lives outside of Toledo, OH with his wife and daughter.
danstever
Weekly email summary