Cosmic pictures are used on many websites as the background image. Those pictures are undoubtedly beautiful, but after all they are still images which provide little liveliness. With jQuery, we can bring a still cosmic image thirty life by adding some space dust (particles) flying like fireflies. In this tutorial, we'll see how to implement this effect in 30 minutes. We'll learn a bit of object-oriented Javascript techniques as well.

We'll be gazing at this cosmic background for quite a long time. To make our eyes more comfortable, a dark and simple image is used as the background in this tutorial. Feel free to use more colorful images in your own projects.

To make this effect look more realistic, we have four models of particles in this tutorial. They're tiny images with different size and looks. Look at the figure below for more details:

Unlike most tutorials, it is the background of a web page on which we'll be focusing today, which makes the HTML quite simple:

Now let's take a closer look at a particle's life. Each particle may differ in looks. And they move at different speeds and directions. But they all follow the same set of rules which can be described as a sequence of actions:

Each particle follows exactly these eight steps throughout its lifetime. And the random factors, such as position and speed, make each particle behave in a unique way. This is a perfect case to implement some object-oriented programming techniques. Let's wrap these eight steps in a 'class' which will be instantiated many times to created multiple instances of the same logic. Each instance (particle) runs in a separate lane and holds its own speed and direction.

It's important to note that there are no classes in JavaScript. Functions can be used to somewhat simulate classes, but in general JavaScript is prototype-based rather than class-based. Everything is an object. For more information on how to define and instantiate a JavaScript 'class', please checkout these articles.

In this very effect, a 'class' is defined and then instantiated 50 times with the following code.

In this section, we'll define properties and methods for the Particle class. And we'll see how to randomly pick a particle model.

We can use the 'this' keyword to define properties for a 'class'. When it comes to defining methods, the 'prototype' property is the way to go. Look at the code below and we'll give some explanations.

In fact there are many different ways to define properties and methods for a Javascript class. Here's a great article on this topic.

By now, we have an idea how this effect works. From this section, we'll start writing functions that we use to manipulate the movement of a particle.

First, let's generate a random speed for a particle. The speed determines how fast a particle travels. If you are familiar with jQuery, you'll understand we can't just pass in real speed, say 100 pixels per second. In fact, the parameter used to describe speed in jQuery is duration measured in milliseconds. So the question becomes how to generate a reasonable duration in which a particle travels from one place to another. What about the following code?

A random set of X-Y position is very useful in this effect. It can be used to determine:

Here's the code we need to generate a random set of X-Y position.

The size of the current browser window can be retrieved from window.innerWidth and window.innerHeight. If a particle flies beyond the boundary of the window, scrollbars will show up. We may not want that to happen. So let's confine the particle movement in an area which is 100 pixels less high and wide than the browser window. The above code should be pretty straightforward. After this function is executed, pointX and pointY properties become accessible. Once the function runs a second time, pointX and pointY will be renewed in the instance of Particle.

In previous sections, an img DOM was already created for a new particle. Now we're going to set a few attributes and display the particle somewhere in the browser window. This is accomplished with the following code.

Finally, we have come to the animation part which may turn up simpler than you thought.

The animate function in jQuery will do the trick for us. It takes four parameters: animate( params, duration, easing, callback ). Checkout the documentation if you have no idea what it does.

What the above code does is quite simple:

So the fly() function calls itself repeatedly. With this recursive function, the animation goes on and on forever. By now, we are able to write the whole story of a particle's life. Still remember the following chain?

Let's review what it does:

If these steps sound like a tongue twister to you... Well, look at this figure again. You should be able to code every single step now. And you should know how to organize all the stuff in an object-oriented structure. Finally the firefly effect is complete.

Now everyone should be able to implement this effect in your own projects. Hopefully you have a better understanding of object-oriented Javascript as well.

The number one thing I love about this effect is that by changing the background and particle images, you can produce completely different looks and feel. You can have planes or even supermen flying on your web page if you like. Your imagination is the limit.

That's all for this tutorial. Hope you enjoy it. Thanks for reading! 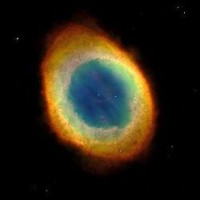 Piao Yishi
Piao Yishi (aka Park) is a web developer from Hangzhou, the most beautiful city in China. He loves jQuery and CakePHP. He’s passionate about building websites that make this world a better place to live.
Weekly email summary