In this section, we will see how adding one more dimension will allow us to introduce a new data structure: the tree. Specifically, we will be looking at a type of tree known as a binary search tree. Binary search trees take the general tree structure and apply a set of simple rules that define the tree's structure.

Before we learn about those rules, let’s learn what a tree is.

A tree is a data structure where each node has zero or more children. For example, we might have a tree like this:

In this tree, we can see the organizational structure of a business. The blocks represent people or divisions within the company, and the lines represent reporting relationships. A tree is a very efficient, logical way to present and store this information.

The tree shown in the previous figure is a general tree. It represents parent/child relationships, but there are no rules for the structure. The CEO has one direct report but could just as easily have none or twenty. In the figure, Sales is shown to the left of Marketing, but that ordering has no meaning. In fact, the only observable constraint is that each node has at most one parent (and the top-most node, the Board of Directors, has no parent).

A binary search tree uses the same basic structure as the general tree shown in the last figure but with the addition of a few rules. These rules are:

Let’s look at a tree that is built using these rules:

With this tree in mind, let’s think about the steps that went into building it. When the process started, the tree was empty and then a value, eight, was added. Because it was the first value added, it was put into the root (ultimate parent) position.

We don’t know the exact order that the rest of the nodes were added, but I’ll present one possible path. Values will be added using a method named Add that accepts the value.

Eight was added first and became the root. Next, four was added. Since four is less than eight, it needs to go to the left of eight as per rule number two. Since eight has no child on its left, four becomes the immediate left child of eight.

Three is added next and goes to the left of eight and four. When compared to the two node, it is larger, so three is added to the right of two as per rule number three.

This cycle of comparing values at each node and then checking each child over and over until the proper slot is found is repeated for each value until the final tree structure is created.

The BinaryTreeNode represents a single node in the tree. It contains references to the left and right children (null if there are none), the node’s value, and the IComparable.CompareTo method which allows comparing the node values to determine if the value should go to the left or right of the current node. This is the entire BinaryTreeNode class—as you can see, it is very simple.

The BinaryTree class provides the basic methods you need to manipulate the tree: Add, Remove, a Contains method to determine if an item exists in the tree, several traversal and enumeration methods (these are methods that allow us to enumerate the nodes in the tree in various well-defined orders), and the normal Count and Clear methods.

To initialize the tree, there is a BinaryTreeNode reference that represents the head (root) node of the tree, and there is an integer that keeps track of how many items are in the tree.

Adding a node to the tree isn’t terribly complex and is made even easier when the problem is simplified into a recursive algorithm. There are two cases that need to be considered:

Removing a value from the tree is a conceptually simple operation that becomes surprisingly complex in practice.

At a high level, the operation is simple:

The first step is simple, and as we’ll see, is accomplished using the same mechanism that the Contains method uses. Once the node to be removed is identified, however, the operation can take one of three paths dictated by the state of the tree around the node to be removed. The three states are described in the following three cases.

Case One: The node to be removed has no right child.

In this case, the removal operation can simply move the left child, if there is one, into the place of the removed node. The resulting tree would look like this:

Case Two: The node to be removed has a right child which, in turn, has no left child.

Case Three: The node to be removed has a right child which, in turn, has a left child.

Let’s take a minute to think about why this is true. There are two facts that we know about the sub-tree starting with the node being removed (for example, the sub-tree whose root is the node with the value five).

We need to place a value into the removed node’s slot which is smaller than, or equal to, every node to its right. To do that, we need to get the smallest value on the right side. Therefore we need the right child’s left-most node.

After the node removal, the tree will look like this:

Now that we understand the three remove scenarios, let’s look at the code to make it happen.

One thing to note: The FindWithParent method (see the Contains section) returns the node to remove as well as the parent of the node being removed. This is done because when the node is removed, we need to update the parent’s Left or Right property to point to the new node.

We could avoid doing this if all nodes kept a reference to their parent, but that would introduce per-node memory overhead and bookkeeping costs that are only needed in this one case.

Contains defers to FindWithParent, which performs a simple tree-walking algorithm that performs the following steps, starting at the head node:

Since Contains returns a Boolean, the returned value is determined by whether FindWithParent returns a non-null BinaryTreeNode (true) or a null one (false).

The FindWithParent method is used by the Remove method as well. The out parameter, parent, is not used by Contains.

Tree traversals are algorithms that allow processing each value in the tree in a well-defined order. For each of the algorithms discussed, the following tree will be used as the sample input.

The examples that follow all accept an Action<T> parameter. This parameter defines the action that will be applied to each node as it is processed by the traversal.

The Order section for each traversal will indicate the order in which the following tree would traverse.

A common usage of the preorder traversal would be to create a copy of the tree that contained not just the same node values, but also the same hierarchy.

The postorder traversal visits the left and right child of the node recursively, and then performs the action on the current node after the children are complete.

Postorder traversals are often used to delete an entire tree, such as in programming languages where each node must be freed, or to delete subtrees. This is the case because the root node is processed (deleted) last and its children are processed in a way that will minimize the amount of work the Remove algorithm needs to perform.

Inorder traversal processes the nodes in the sort order—in the previous example, the nodes would be sorted in numerical order from smallest to largest. It does this by finding the smallest (left-most) node and then processing it before processing the larger (right) nodes.

Inorder traversals are used anytime the nodes must be processed in sort-order.

The example that follows shows two different methods of performing an inorder traversal. The first implements a recursive approach that performs a callback for each traversed node. The second removes the recursion through the use of the Stack data structure and returns an IEnumerator to allow direct enumeration.

This completes the fifth part about the Binary Search Tree. Next up, we'll learn about the Set collection. 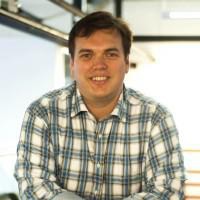 Robert Horvick
Robert Horvick is the founder and principal engineer at Raleigh-Durham, N.C.-based Devlightful Software where he focuses on delighting clients with custom .NET solutions and video-based training. He is an active Pluralsight author with courses on algorithms and data structures, SMS and VoIP integration, and data analysis using Tableau. He previously worked for nearly ten years as a software engineer for Microsoft, as well as a senior engineer with 3 Birds Marketing LLC, and as a principal software engineer for Itron.
Weekly email summary