An app's credibility today highly depends on how the user's private data is managed. The Android stack has many powerful APIs surrounding credential and key storage, with specific features only available in certain versions.

This short series will start off with a simple approach to get up and running by looking at the storage system and how to encrypt and store sensitive data via a user-supplied passcode. In the second tutorial, we will look at more complex ways of protecting keys and credentials.

The first question to think about is how much data you actually need to acquire. A good approach is to avoid storing private data if you don't really have to.

For data that you must store, the Android architecture is ready to help. Since 6.0 Marshmallow, full-disk encryption is enabled by default, for devices with the capability. Files and SharedPreferences that are saved by the app are automatically set with the MODE_PRIVATE constant. This means the data can be accessed only by your own app.

It's a good idea to stick to this default. You can set it explicitly when saving a shared preference.

Or when saving a file.

Avoid storing data on external storage, as the data is then visible by other apps and users. In fact, to make it harder for people to copy your app binary and data, you can prevent users from being able to install the app on external storage. Adding android:installLocation with a value of internalOnly to the manifest file will accomplish that.

You can also prevent the app and its data from being backed up. This also prevents the contents of an app's private data directory from being downloaded using adb backup. To do so, set the android:allowBackup attribute to false in the manifest file. By default, this attribute is set to true.

These are best practices, but they won't work for a compromised or rooted device, and disk encryption is only useful when the device is secured with a lock screen. This is where having an app-side password that protects its data with encryption is beneficial.

Conceal is a great choice for an encryption library because it gets you up and running very quickly without having to worry about the underlying details. However, an exploit targeted for a popular framework will simultaneously affect all of the apps that rely on it.

It's also important to be knowledgeable about how encryption systems work in order to be able to tell if you're using a particular framework securely. So, for this post, we are going to get our hands dirty by looking at the cryptography provider directly.

We will use the recommended AES standard, which encrypts data given a key. The same key used to encrypt the data is used to decrypt the data, which is called symmetric encryption. There are different key sizes, and AES256 (256 bits) is the preferred length for use with sensitive data.

While the user experience of your app should force a user to use a strong passcode, there is a chance that the same passcode will also be chosen by another user. Putting the security of our encrypted data in the hands of the user is not safe. Our data needs to be secured instead with a key that is random and large enough (i.e. that has enough entropy) to be considered strong. This is why it's never recommended to use a password directly to encrypt data—that is where a function called Password-Based Key Derivation Function (PBKDF2) comes into play.

PBKDF2 derives a key from a password by hashing it many times over with a salt. This is called key stretching. The salt is just a random sequence of data and makes the derived key unique even if the same password was used by someone else.

Let's start by generating that salt.

The SecureRandom class guarantees that the generated output will be hard to predict—it is a "cryptographically strong random number generator". We can now put the salt and password into a password-based encryption object: PBEKeySpec. The object's constructor also takes an iteration count form, making the key stronger. This is because increasing the number of iterations expands the time it would take to operate on a set of keys during a brute force attack. The PBEKeySpec then gets passed into the SecretKeyFactory, which finally generates the key as a byte[] array. We will wrap that raw byte[] array into a SecretKeySpec object.

Note that the password is passed as a char[] array, and the PBEKeySpec class stores it as a char[] array as well. char[] arrays are usually used for encryption functions because while the String class is immutable, a char[] array containing sensitive information can be overwritten—thus removing the sensitive data entirely from the device's memory.

We are now ready to encrypt the data, but we have one more thing to do. There are different modes of encryption with AES, but we'll be using the recommended one: cipher block chaining (CBC). This operates on our data one block at a time. The great thing about this mode is that each next unencrypted block of data is XOR’d with the previous encrypted block to make the encryption stronger. However, that means the first block is never as unique as all the others!

An IV is just a block of random bytes that will be XOR’d with the first block of user data. Since each block depends on all blocks processed up until that point, the entire message will be encrypted uniquely—identical messages encrypted with the same key will not produce identical results.

Armed with an IvParameterSpec, we can now do the actual encryption.

Here we pass in the string "AES/CBC/PKCS7Padding". This specifies AES encryption with cypher block chaining. The last part of this string refers to PKCS7, which is an established standard for padding data that doesn't fit perfectly into the block size. (Blocks are 128 bits, and padding is done before encryption.)

To complete our example, we will put this code in an encrypt method that will package the result into a HashMap containing the encrypted data, along with the salt and initialization vector necessary for decryption.

You only need to store the IV and salt with your data. While salts and IVs are considered public, make sure they are not sequentially incremented or reused. To decrypt the data, all we need to do is change the mode in the Cipher constructor from ENCRYPT_MODE to DECRYPT_MODE.

Testing the Encryption and Decryption

To keep the example simple, we are omitting error checking that would make sure the HashMap contains the required key, value pairs. We can now test our methods to ensure that the data is decrypted correctly after encryption.

The methods use a byte[] array so that you can encrypt arbitrary data instead of only String objects.

Now that we have an encrypted byte[] array, we can save it to storage.

If you didn't want to save the IV and salt separately, HashMap is serializable with the ObjectInputStream and ObjectOutputStream classes.

You can also save secure data to your app's SharedPreferences.

Since the SharedPreferences is an XML system that accepts only specific primitives and objects as values, we need to convert our data into a compatible format such as a String object. Base64 allows us to convert the raw data into a String representation that contains only the characters allowed by the XML format. Encrypt both the key and the value so an attacker can't figure out what a value might be for.

In the example above, encryptedKey and encryptedValue are both encrypted byte[] arrays returned from our encryptBytes() method. The IV and salt can be saved into the preferences file or as a separate file. To get back the encrypted bytes from the SharedPreferences, we can apply a Base64 decode on the stored String.

Now that the stored data is secure, it may be the case that you have a previous version of the app that had the data stored insecurely. On an upgrade, the data could be wiped and re-encrypted. The following code wipes over a file using random data.

In theory, you can just delete your shared preferences by removing the /data/data/com.your.package.name/shared_prefs/your_prefs_name.xml and your_prefs_name.bak files and clearing the in-memory preferences with the following code:

However, instead of attempting to wipe the old data and hoping that it works, it's better to encrypt it in the first place! This is especially true in general for solid state drives that often spread out data-writes to different regions to prevent wear. That means that even if you overwrite a file in the filesystem, the physical solid-state memory might preserve your data in its original location on disk.

That wraps up our tutorial on storing encrypted data. In this post, you learned how to securely encrypt and decrypt sensitive data with a user-supplied password. It's easy to do when you know how, but it's important to follow all the best practices to ensure your users' data is truly secure.

In the next post, we will take a look at how to leverage the KeyStore and other credential-related APIs to store items safely. In the meantime, check out some of our other great articles on Android app development. 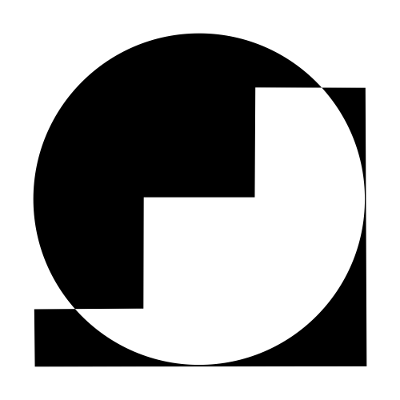 Kolin Stürt
Cybersecurity and forensics
Kolin Stürt is a developer with a focus on reverse engineering and application hardening.
NSDestr0yer
Weekly email summary
Subscribe below and we’ll send you a weekly email summary of all new Code tutorials. Never miss out on learning about the next big thing.
Advertisement
Translations