Securing Your iOS App with ABPadLockScreen

Security is becoming a bigger and bigger concern in the mobile space. As iOS developers, there are plenty of things we can do. We ensure sensitive information is saved in the keychain instead of plain text. We make sure content is encrypted before it's sent to a remote server. All this is done to make sure that the user's information is secure. Sometimes, however, we need to add an extra layer of protection at the user interface level.

ABPadLockScreen is available on GitHub, but I recommend installing it using CocoaPods. If you haven't started using CocoaPods for managing dependencies in your iOS and OS X projects, then you really should start today. It's the best way to manage dependancies in Cocoa projects. Since this tutorial isn't about CocoaPods I won’t go into the details of installing ABPadLockScreen using CocoaPods, but you can read plenty more about it at the CocoaPods website or read our introductory tutorial on Tuts+.

If you prefer to install ABPadLockScreen manually, then that's fine too. Download or clone the source code on GitHub and copy the files in the ABPadLockScreen folder into your Xcode project.

The ABPadLockScreenSetupViewControllerDelegate protocol has one required method, which is invoked when the pin is successfully set.

Setting up a pin isn't very useful unless the user gets a chance to enter it to gain access to the application. Once you’re ready to secure the application, all you need to do is present an instance of the ABPadLockScreenViewController class, assign a delegate, a pin, and present he view controller modally.

If you set the allowedAttempts property, the user will only have a predefined number of attempts before the module will lock them out. If allowedAttempts is not set, then the user can try entering a pin as many times as she want.

The methods are pretty self-explanatory. You can get a callback for a successful unlock, an unsuccessful entry, a cancellation—it that's allowed—, and if the user's attempts have expired reached the maximum allowed attempts.

There are several ways you can customize the interface of the lock screen and its behavior. You can:

Aside from that, the user interface can also be customized very easily. The library uses the UIAppearance API for customizing the user interface of the lock screen. Everything, from the background, text color, selection color, and fonts, can be set to match your application't design.

Check out the view classes, ABPadLockScreenView, ABPadButton, and ABPinSelectionView, to see what the view names are.

In this quick tip, we've briefly covered how to make your iOS application a little more secure by adding a lock screen to its user interface. I hope you find the library useful and easy to use. Happy coding. 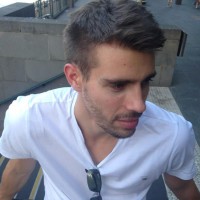 Aron Bury
Aron Bury is an iOS and web developer based in Melbourne Australia. Aron has a strong passion for designing and developing solutions with a focus on usability and engaging user experiences.
Weekly email summary