The ever-amazing Mac software company, Panic, has released the fourth version of their incredible FTP client Transmit last week. What’s packed into this version? Well, according to the release notes, “Everything is new!”

The biggest changes in Transmit 4 are in the interface; you almost don’t recognize it as the same software! 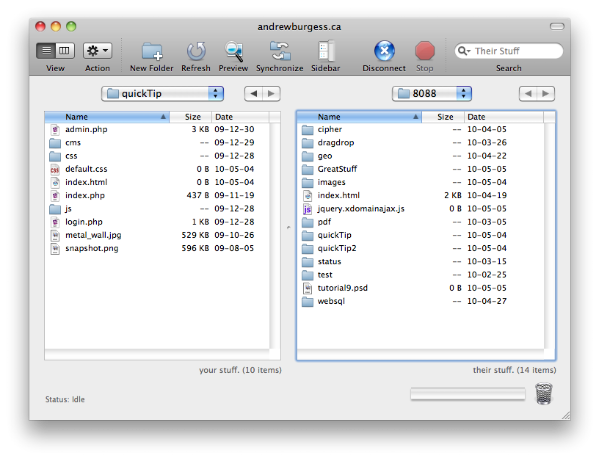 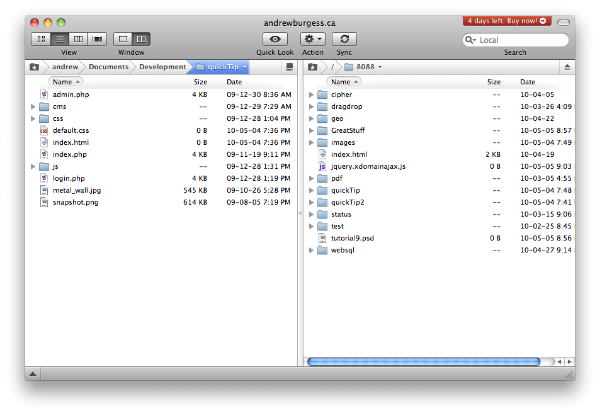 A lot of Transmit 4’s awesomeness is in its incredibly ease-of-use. For example, when viewing a folder (both local and remote) you’ve got a “bread-crumb” trail to make navigating between folders a breeze. Then, the sync panel now gives you a nice tooltip, making it easier to see exactly what will happen. 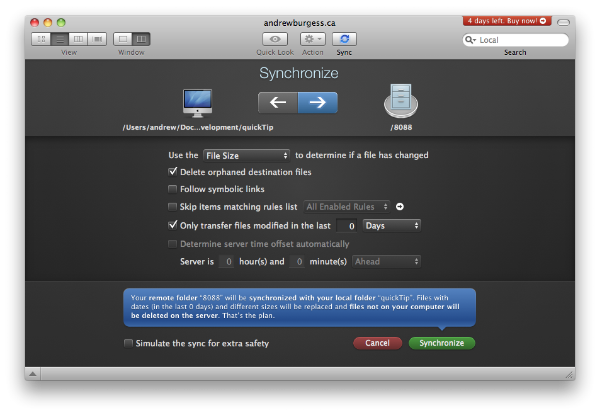 The preferences panel in Transmit 4 now includes a rules panel; this makes it really easy to skip certain files, like source control files. 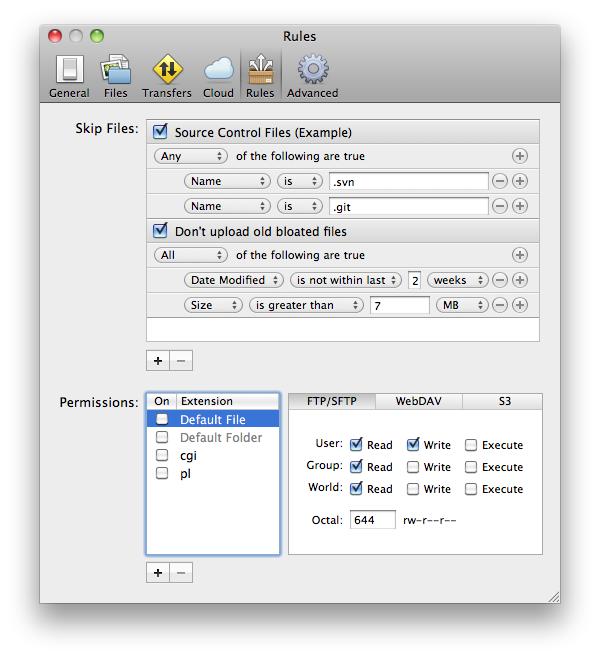 2. Local to Local / Server to Server

With Transmit 4, either panel can be either a server or a local folder, making it super-simple to transfer files between folders.

The “one more thing” about Transmit 4 is that you mount servers as disks, just like you’d mount a local hard drive. 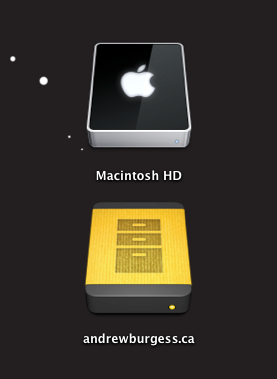 Do you use Transmit?

Or do you have another favourite FTP client? If you'd like to learn more, head on over to MacAppStorm for the full review.

Tools & TipsWeb DevelopmentFTPTransmit
Did you find this post useful?
Yes No
Would you like to provide feedback (optional)?
Cancel Submit
Want a weekly email summary?
Subscribe below and we’ll send you a weekly email summary of all new Code tutorials. Never miss out on learning about the next big thing.
Sign up