After all those previous parts, we're done going through the WP_Query class—but that doesn't mean that we're done with the series! It's time to meet WP_Query's brother and sister classes: WP_User_Query, WP_Comment_Query, WP_Meta_Query and WP_Date_Query.

In this part, we're going to learn about using the WP_User_Query class to query users in WordPress.

You probably get the idea of what WP_User_Query is by merely reading its name. Yes, nobody would expect to see WP_User_Query working with the "Tag Cloud" widget—it's a class that runs queries about users in WordPress.

Let's see what WordPress Codex says about the WP_User_Query class:

WP_User_Query is a class, defined in wp-includes/user.php, that allows querying WordPress database tables 'wp_users' and 'wp_usermeta'. This class was introduced in Version 3.1 and as a result, the WP_User_Search class got deprecated.

In essence, we can say that "WP_User_Query is WP_Query for users". It works with wp_users and wp_usermeta to query users and their metadata.

Now, let's see what's under the hood and learn about WP_User_Query's properties, methods and parameters. Then we'll see how it works by going through a few examples.

Quick Tip: We've covered this while introducing the properties and methods of the WP_Query class, but let me say it again as a quick reminder: "Properties" and "methods" are merely "variables" and "functions" that are defined inside a PHP class.

There are only seven properties to learn about in the WP_User_Query class. Remember: These should NOT be used to change their values. You can fetch their values, but it's better not to alter them.

This property stores an associative array of query variables and their values.

This property has the number of found items (users in this case) for the query.

This property, similar to the following properties, stores the SQL clauses for the return fields.

This property stores the FROM clause for the query.

This property stores the WHERE clause for the query.

This property stores the ORDERBY clause for the query and is used to order the list of users returned.

This property stores the LIMIT clause for the query and is used to limit the number of users returned.

Remember the methods of the WP_Query class? Well, this class has only four methods and they work just like the methods of WP_Query. Let's quickly see why each one exists.

This method simply fetches a query variable from the query.

Contrary to the one above, this method sets a query variable instead of getting it.

Unlike WP_Query, the WP_User_Query class doesn't work with a "loop". Instead, you need to use the get_results() method to get the query results and work on them.

This little method returns the total number of items (users) for the query.

Trying Out WP_User_Query With a Few Examples

Now we've seen how WP_User_Query works, let's do a couple of examples to learn how to use it.

Listing All Editors Except Lisa

Let's say you want to list your editors to your readers, but you remember that one of your editors, Lisa, has agreed to work with you on condition of anonymity, so you need to leave her out in the "Editors" list. Here's how you construct the query:

Search for Gmail Users Among Your Authors

Let's say you want to collect email addresses of your authors which use a Gmail address. Here's what you do:

As you can see, there are just a few differences between WP_Query and WP_User_Query, and the differences actually make WP_User_Query easier to understand. I hope I helped you learn about this neat class of WordPress.

Do you have anything to add to this article? Share your thoughts with us in the Comments section below. And if you liked the article, don't forget to share it with your friends.

See you in the next part of the series!

If you're interested in a few scripts and plugins that can give you more advanced functionality with user and membership systems, there's a useful collection of items of membership scripts on Envato Market. 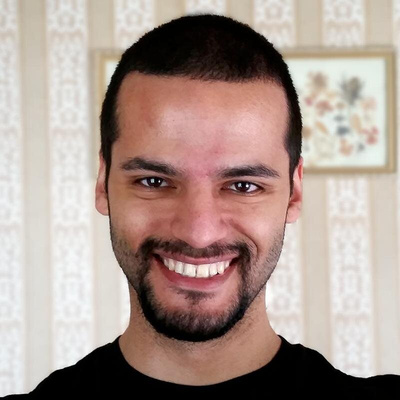