Directives are one of the most powerful components of AngularJS, helping you extend basic HTML elements/attributes and create reusable and testable code. In this tutorial, I will show you how to use AngularJS directives with real-life best practices.

Let say that you have an eCommerce application about books and you are displaying specific book detail in several areas, such as the comments, user profile pages, articles, etc. Your book detail widget may be like below:

In this widget there is a book image, title, description, comments, and rating. Collecting that information and putting in a specific dom element may be hard to do in every place you want to use it. Let's widgetize this view by using an AngularJS directive.

A directive function has been used in the above example to create a directive first. The name of the directive is book. This directive returns an object, and let's talk a bit about this object. restrict is for defining the directive type, and it can be A (Attribute), C (Class), E (Element), and M (coMment). You can see the usage of each respectively below.

In our case, we have a complicated HTML structure, and that is why I chose the templateUrl option.

Directives are defined in the JavaScript file of your AngularJS project and used in the HTML page. It is possible to use AngularJS directives in HTML pages as follows:

In this usage, the directive name is used inside standard HTML elements. Let say that you have a role-based menu in your eCommerce application. This menu is formed according to your current role. You can define a directive to decide whether the current menu should be displayed or not. Your HTML menu may be like below:

and the directive as follows:

If you use the restricted directive in the menu element as an attribute, you can do an access level check for each menu. If the current user is not authorized, that specific menu will not be shown.

Each element already has a class for styling, and as the restricted class is added it is actually a directive.

The HTML code will be:

In the above example, a custom element is created and some attributes are provided like username, avatar, and reputation. I want to draw attention to the link function body. Element attributes are assigned to directive scope. The first parameter of the link function is the scope of the current directive. The third parameter of the directive is the attribute object of the directive, which means that you can read any attribute from the custom directive by using attrs.attr_name. Attribute values are assigned to the scope so that they are used inside the template.

Actually, you can do this operation in a shorter way, and I will talk about that later. This example is for understanding the main idea behind usage.

This usage is not very common, but I will show how to use it. Let's say that you need a comment form for your application to use in many places. You can do that by using the following directive:

And in the HTML element:

Every directive has its own scope, but you need to be careful about the data binding with the directive declaration. Let say that you are implementing the basket part of your eCommerce application. On the basket page you have items already added here before. Each item has its amount field to select how many items you want to buy, like below:

And in order to display three items in HTML:

The problem here is that whenever you choose the amount of the desired item, all the amount sections of the items will be updated. Why? Because there is two-way data binding with a name count, but scope is not isolated. In order to isolate scope, just add scope: {} to the directive attribute in the return section:

This leads your directive to have its own isolated scope so two-way data binding will occur inside this directive separately. I will also mention about the scope attribute later.

The main advantage of the directive is that it's a reusable component that can be used easily—you can even provide some additional attributes to that directive. But, how is it possible to pass additional value, binding, or expression to a directive in order for data to be used inside the directive?

"@" Scope: This type of scope is used for passing value to the directive scope. Let's say that you want to create a widget for a notification message:

and you can use:

In this example, the message value is simply assigned to the directive scope. The rendered HTML content will be:

"=" Scope: In this scope type, scope variables are passed instead of the values, which means that we will not pass {{message}}, we will pass message instead. The reason behind this feature is constructing two-way data binding between the directive and the page elements or controllers. Let's see it in action.

In this directive, we are trying to create a widget for displaying comment text input to make a comment for a specific book. As you can see, this directive requires one attribute text to construct two-way data binding between other elements on the pages. You can use this on the page:

This will simply show a textbox on the page, so let's add something more to interact with this directive:

Whenever you type something in the first text box, it will be typed also in the second text box. You can do that vice versa. In the directive, we passed the scope variable commentText instead of the value, and this variable is the data binding reference to the first text box.

"&" Scope: We are able to pass the value, and reference to directives. In this scope type we will have a look at how to pass expressions to the directive. In real-life cases, you may need to pass a specific function (expression) to directives in order to prevent coupling. Sometimes, directives do not need to know much about the idea behind the expressions. For example, a directive will like the book for you, but it doesn't know how to do that. In order to do that, you can follow a structure like this:

This will be inside the controller, and the template will be:

As you can see, the text box comes from the directive. The text box value is bound to the function argument like like({star: starCount}). star is for the controller function, and starCount for the textbox value binding.

Sometimes, you may have a feature that exists in several directives. They can be put in a parent directive so that they are inherited by the child directives.

Let me give you a real-life example. You want to send statistical data whenever customers move their mouse cursor to the top of a specific book. You can implement a mouse click event for the book directive, but what if it will be used by another directive? In this case, you can use inheritance of the directives like below:

This is a parent directive to be inherited by child directives. As you can see there is a controller attribute of the directive using the "as" directive. Let's define this controller also:

In this controller, we are simply setting a controller instance of the variable bookType by using child directives. Whenever you click a book or magazine, the type of element will be sent to the back-end service (I used an alert function just to show the data). How will child directives be able to use this directive?

When you use directives inside the template, what you see on the page is the compiled version of the directive. Sometimes, you want to see the actual directive usage for debugging purposes. In order to see the uncompiled version of the current section, you can use ng-non-bindable. For example, let's say you have a widget that prints the most popular books, and here is the code for that:

The book's scope variable comes from the controller, and the output of this is as follows:

If you want to know the directive usage behind this compiled output, you can use this version of the code:

It is cool up to now, but what if we want to see both the uncompiled and compiled versions of the widget? It is time to write a custom directive that will do an advanced debugging operation.

In this directive, we are cloning the element that's in debug mode so that it's not changed after some set of operations. After cloning, remove the custom-debug directive in order not to act as debug mode, and then compile it with $complile, which is already injected in the directive. We have given a style to the debug mode element to emphasize the debugged one. The final result will be as below:

You can save your development time by using this kind of debugging directive to detect the root cause of any error in your project.

As you already know, unit testing is a very important part of development to totally control the code you have written and prevent potential bugs. I will not dive deep into unit testing but will give you a clue about how to test directives in a couple of ways.

I will use Jasmine for unit testing and Karma for the unit test runner. In order to use Karma, simply install it globally by running npm install -g karma karma-cli (you need to have Node.js and npm installed on your computer). After installation, open the command line, go to your project root folder, and type karma init. It will ask you a couple of questions like below in order to set up your test requirements.

I am using Webstorm for development, and if you are also using Webstorm, just right click on karma.conf.js and select Run karma.conf.js. This will execute all the tests that are configured in the karma conf. You can also run tests with the karma start command line in the project root folder. That's all about the environment setup, so let's switch to the test part.

Let's say that we want to test the book directive. When we pass a title to the directive, it should be compiled into a book detail view. So, let's get started.

In this section, we will test the scope of the directive booktest. This directive generates a book detail view on the page, and when you click this detail section, a scope variable called viewed will be set as true. In our test, we will check if viewed is set to true when the click event is triggered. The directive is:

In this tutorial, I have tried to show you the real-life best practices about directives, and keep in mind that you need to do lots of practice in order to understand the logic behind the directives. I hope this article helps you understand AngularJS directives well. 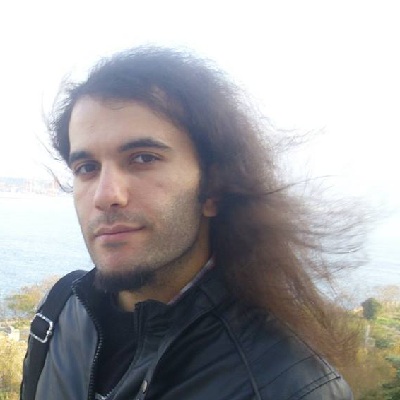