In this tutorial, I will teach you how to localize a Windows Phone 8 app to reach more potential customers. I will show you how to set up your Windows Phone 8 project so that the entire user interface, including error messages, can be localized. At the end of the tutorial, you will have learned how to prepare your app so that it can be translated into multiple languages.

Consider the following best practices to build an app that can be easily localized:

We will first discuss the culture and language support offered by Windows Phone 8 and then discuss the steps involved in preparing an app for localization. After that, we will see how to build a localized application bar. We will finally discuss how to test a localized app.

The display language determines the default user interface font. The Windows Phone 8.1 user interface is localized in 50 languages, but your app can display a much larger selection of languages. When you add support to your app for additional languages, Visual Studio generates an .resx file for each language.

The InitializeLanguage function in the App.xaml.cs file sets the app's RootFrame.Language based on the value of the AppResources.ResourceLanguage resource.

Let's see how all this works by creating a sample app, with English as the base language.

We first bind the XAML text elements to string resources.

Copy every hard-coded string in the app’s XAML that needs to be localized to a new row in the string table of your AppResources.resx file.

Next, refer the XAML elements to this string resource by adding the unique name and a standard binding clause in place of the hard-coded value.

The TextBlock shown below is bound using the string resource in place of the hard-coded text.

Search through the project’s code-behind for places where the code modifies a text attribute of a user interface element. Replace the hard-coded value with a reference to the string resource for each element.

Adding languages to a Windows Phone 8 project in Visual Studio is simple. Navigate to the project’s property page and select the languages you want to support from the Supported Cultures list.

In the sample project, I have added Chinese (Simplified) and Spanish (Spain), whose locale codes are zh-Hans and es-ES, respectively. Select the languages you would like your app to support in the Supported Cultures box on the project’s Properties page.

Each resource file includes two special resources named ResourceLanguage and ResourceFlowDirection. These two resources are used when the InitializeLanguage method is called from the App.xaml.cs constructor. Their values are checked automatically to ensure that they match the culture of the resource file loaded at run time.

The ResourceLanguage value is initialized with the locale name of the resource file and is used to set the RootFrame.Language value. The ResourceFlowDirection value is set to the traditional direction of that resource language.

Note that ResourceLanguage and ResourceFlowDirection can be modified to align with your app's design style.

Note that localized resources are defined per project, not per solution. This means that Visual Studio's focus must be within the project for the Enable Multilingual App Toolkit option to be available from the Tools menu.

After enabling the Multilingual App Toolkit, Visual Studio will add files to the Resource folder of your project, one of them having a new type and name, AppResources.qps.ploc.xlf. The .xlf extension refers to the XLIFF standard file format I mentioned earlier.

Additional languages can be added via the Multilingual App Toolkit. This results in a new supported culture being added to your project. It also causes the addition of a supported language in the project's WMAppManifest.xml.

To translate the resources to Chinese (Simplified) and Spanish (Spain), right-click the .xlf file and select Generate machine translations from the contextual menu. Apply the translations and rebuild the project to see the changes being reflected in the .resx files for the two additional languages.

When a new Windows Phone 8 or a Windows Phone 8.1 Silverlight project is created, some commented code for localizing the application bar is added to MainPage.xaml.cs by default. Uncomment the method BuildLocalizedApplicationBar and add the buttons, menu items, and associated resources that you would like to use in your app.

In the sample app, users can select their display language via the ApplicationBar menu. As shown in the screenshot below, the menu items stay consistent across display languages while the app bar button is localized.

The SetUILanguage method first resets the CurrentUICulture of the app to the locale supplied in the call. Any resource-bound text rendered by the app will use the resources of the specified locale after this call.

Next, set the FlowDirection and Language of the RootFrame, which will cause the user interface rendered by the app to follow the new settings.

The BuildLocalizedApplicationBar method is called from the page's constructor after the call to InitializeComponent to localize the ApplicationBar.

The Windows Phone emulator can be used to test the localized app. Change the display language to the language that the app targets to verify that the content renders correctly.

To dynamically change the language, call the SetUILanguage method with the name of the target language passed as a parameter.

Note that the placement of each user interface element on the screen is unchanged, regardless of the display language.

In this tutorial, you have learned how to prepare your app for localization. Hard-coded XAML and code-behind strings that need to be localized are placed in a resource file string table and given a unique key.

Each hard-coded value is replaced by a binding clause in XAML or a resource reference in code using the key for its related string resource.

You can add additional display languages and use the Multilingual App Toolkit to make the end-to-end process of translating your app substantially easier. Feel free to download the tutorial's source files to use as a reference. 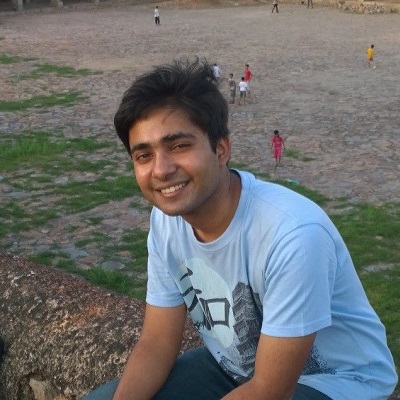 Vivek Maskara
New Delhi, India
I am pursuing BTech in Software Engineering from Delhi Technological University. I develop apps, create websites and blog about my app experiences. I enjoy developing mobile apps, especially the ones for the Microsoft platform – Windows Phone and Windows 8.1. So far I’ve worked on many apps for these platforms, on all levels – as a single developer during late night hours and weekends, as a freelancer, and as a part of well-organized teams! I also am a Microsoft Student Partner, member of Microsoft India’s App Review Board and recognized as distinguished member of Microsoft App Builders Club.
maskaravivek
Weekly email summary