Unity3D is a powerful cross-platform 3D engine and a user-friendly development environment. Learn how Unity3D can help you create games in this article!

Unity3D is a powerful cross-platform 3D engine and a user friendly development environment. Easy enough for the beginner and powerful enough for the expert; Unity should interest anybody who wants to easily create 3D games and applications for mobile, desktop, the web, and consoles.

Indie developers rejoice, Unity is free! Well, almost. There is a Pro edition that comes with more features and tools, but will set you back $1,500. Considering the feature set and how permissive the Unity publishing license is, this price is actually very reasonable. However, the free version will let you get your feet wet, build complete games, and even publish them to the desktop and the web without paying a cent! The only caveat is that games published under the free edition will have a small Unity watermark.

Anything built in Unity will work exactly the same way in Unity Pro. This means you can choose to upgrade at any point if you need the additional features, or want to publish to more platforms such as iOS and Android. There’s also a 30 day Pro trial you can sign up for in order to test drive all the extra features!

A complete feature comparison between Unity and Unity Pro can be found here:

Second, when you start Unity for the first time, it will open a web browser and prompt you to register using your email address. It will let you choose which version you want to run. You can select either the free version or a Pro trial that will fallback to the free version after 30 days.

The Unity application is a complete 3D environment, suitable for laying out levels, creating menus, doing animation, writing scripts, and organizing projects. The user interface is well organized and the panels can be fully customized by dragging and dropping.

The Project panel is where all the assets within a project are stored. When assets are imported, they will first appear here.

The hierarchy panel is where assets are organized in a scene. Assets from the Project panel can be dragged into the Hierarchy panel to add them to the current scene.

The Inspector panel lets you inspect and adjust all the attributes of a selected asset. Everything from its position and rotation, to whether it’s affected by gravity or able to cast a shadow.

The Scene panel is a 3D viewport where you can physically arrange assets by moving them around in 3D space. You can navigate the viewport by panning, rotating, and zooming the view. If you’ve used Maya at all, you should find these hotkeys familiar:

A Unity project is an ordinary folder containing every resource that belongs to your game. Creating a new project is a straightforward affair.

The result is a project folder containing subfolders named Assets, Library, and ProjectSettings.

Assets are any resource your game uses. These include 3D models, materials, textures, audio, scripts, and fonts, to name a few. Other than a few simple objects such as cubes and spheres, Unity can’t actually create most of these assets. Instead, they must be created externally using 3D modeling applications and painting tools and then imported into Unity.

Thankfully, Unity’s asset importing is robust and intelligent. Traditionally, 3D game engines have usually been finicky things and are very particular about what files you give them, forcing developers to carefully convert all their files. Not Unity. It will accept all popular 3D file formats including Maya, 3D Studio Max, Blender and FilmBox with all the rigging, materials and textures intact. Unity also supports all common image file formats, including PNG, JPEG, TIFF and even layered PSD files directly from Photoshop. When it comes to audio, Unity supports WAV and AIF, ideal for sound effects, and MP3 and OGG for music.

A complete list of all the formats Unity can import can be found here:

Let’s import an asset so we have something to work with:

Note: Unity has an Asset Store where you can purchase 3D models, characters, textures, sound effects, music, tools, and even scripts. The Unity Asset Store has quickly become an invaluable resource for game developers and a money making venture for artists and tool developers.

Scenes are where you can drag in project assets and arrange them to make levels and game screens. The Hierarchy panel represents the contents of the current scene in a tree-like format. While the Scene panel is ideal for arranging your scene’s assets in 3D space, the Hierarchy is where you’ll spend most of your time actually organizing your scenes and keeping them tidy.

When you start a new project, Unity automatically creates a new scene for you. Scenes start out with nothing but a camera. If you were to run the game now, you won’t see anything but the background color. To give us something to look at:

Scenes are assets and should be saved in your project just like other assets. To save your scene:

Scripts, known in Unity as behaviours, let you take assets in your scene and make them interactive. Multiple scripts can be attached to a single object, allowing for easy code reuse. Unity supports three different programming languages; UnityScript, C#, and Boo. UnityScript is similar to JavaScript and ActionScript, C# is similar to Java, and Boo is similar to Python. Depending on your background you may feel more comfortable with one or the other.

Note: C# class names must be the same as their file name and are case sensitive. Make sure your class name matches the file name exactly, excluding the file extension.

Now that our script is done, we need to assign it to our asset. Naturally, Unity makes this a simple affair:

With the script assigned to our boxboy asset, we can run the game and move BoxBoy around by pressing the arrow keys.

Not surprisingly, Unity Pro can publish to even more platforms, including iOS, Android, Wii, Xbox 360, Playstation 3 and even a Flash version of the Web Player.

To publish our game for the Web Player: 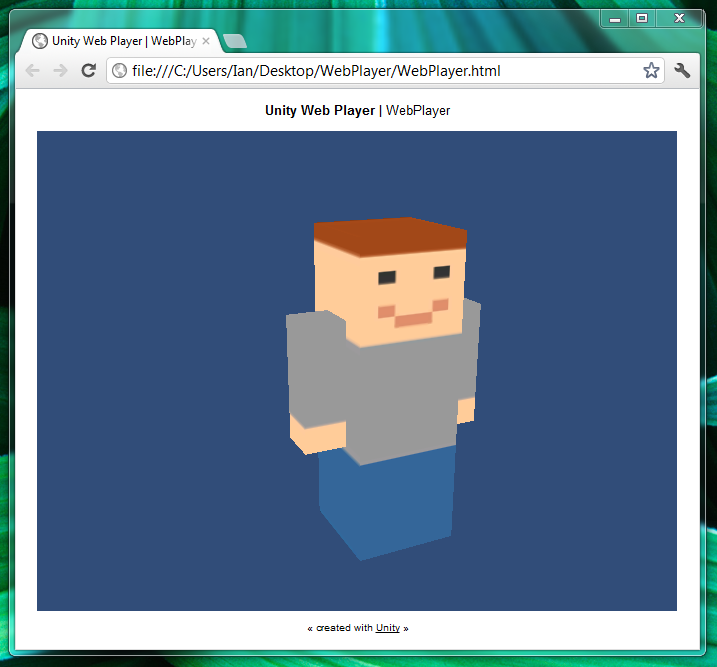 This article barely scratches the surface of what is possible with Unity. If this introduction has whet your appetite for more 3D game development, be sure to check out the following resources: 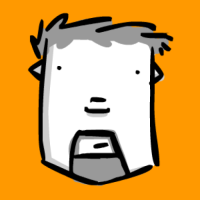 Ian Zamojc
My name is Ian Zamojc and I'm a freelance designer, developer and part-time teacher. I feel that I bridge a gap many aren't willing to span; I can design something people will intuitively understand, then realize that vision by making it work. By day, I'm a freelance web designer/developer; By night, I build games and teach students how to do the same. Continuing on the creative trend, I enjoy writing electronic music; Good stuff, not experimental bleeps and bloops.
Weekly email summary