How to Use Map, Filter, and Reduce in JavaScript

Functional programming has been making quite a splash in the development world these days. And for good reason: Functional techniques can help you write more declarative code that is easier to understand at a glance, refactor, and test.

One of the cornerstones of functional programming is its special use of lists and list operations. And those things are exactly what they sound like: arrays of things and the stuff you do to them. But the functional mindset treats them a bit differently than you might expect.

This article will take a close look at what I like to call the "big three" list operations: map, filter, and reduce. Wrapping your head around these three functions is an important step towards being able to write clean, functional code, and it opens the doors to the vastly powerful techniques of functional and reactive programming.

map is a method built to do exactly that. It's defined on Array.prototype, so you can call it on any array, and it accepts a callback as its first argument.

The syntax for map is shown below.

When you call map on an array, it executes that callback on every element within it, returning a new array with all of the values that the callback returned.

Under the hood, map passes three arguments to your callback:

Let's look at some code.

Suppose we have an app that maintains an array of your tasks for the day. Each task is an object, each with a name and duration property:

Let's say we want to create a new array with just the name of each task, so we can take a look at everything we've done today. Using a for loop, we'd write something like this:

JavaScript also offers a forEach loop. It functions like a for loop, but manages all the messiness of checking our loop index against the array length for us:

Using map, we can simply write:

Here I included the index and  array parameters to remind you that they're there if you need them. Since I didn't use them here, though, you could leave them out, and the code would run just fine.

An even more succinct way of writing map in modern JavaScript is with arrow functions.

Arrow functions are a short form for one-line functions that just have a return statement. It doesn't get much more readable than that.

There are a few important differences between the different approaches:

Turns out, all of the functions we'll look at today share these characteristics.

The fact that we don't have to manually manage the state of the loop makes our code simpler and more maintainable. The fact that we can operate directly on the element instead of having to index into the array makes things more readable.

Using a forEach loop solves both of these problems for us. But map still has at least two distinct advantages:

Keeping the number of places where you modify state to an absolute minimum is an important tenet of functional programming. It makes for safer and more intelligible code.

The callback you pass to map must have an explicit return statement, or map will spit out an array full of undefined. It's not hard to remember to include a return value, but it's not hard to forget.

If you do forget, map won't complain. Instead, it'll quietly hand back an array full of nothing. Silent errors like that can be surprisingly hard to debug.

Fortunately, this is the only gotcha with map. But it's a common enough pitfall that I'm obliged to emphasize: Always make sure your callback contains a return statement!

Reading implementations is an important part of understanding. So let's write our own lightweight map to better understand what's going on under the hood. If you want to see a production-quality implementation, check out Mozilla's polyfill at MDN.

This code accepts an array and a callback function as arguments. It then creates a new array; executes the callback on each element on the array we passed in; pushes the results into the new array; and returns the new array. If you run this in your console, you'll get the same result as before.

While we're using a for loop under the hood, wrapping it up into a function hides the details and lets us work with the abstraction instead.

That makes our code more declarative—it says what to do, not how to do it. You'll appreciate how much more readable, maintainable, and, erm, debuggable this can make your code.

Filter Out the Noise

The next of our array operations is filter. It does exactly what it sounds like: It takes an array and filters out unwanted elements.

The syntax for filter is:

Consider the following example, which filters out any string which is less than 8 characters.

The expected result will be:

Let's revisit our task example. Instead of pulling out the names of each task, let's say I want to get a list of just the tasks that took me two hours or more to get done.

With filter, we can simply write:

If you forget your return statement, your callback will return undefined, which filter will unhelpfully coerce to false. Instead of throwing an error, it will silently return an empty array!

If you go the other route and return something that's isn't explicitly true or false, then filter will try to figure out what you meant by applying JavaScript's type coercion rules. More often than not, this is a bug. And, just like forgetting your return statement, it'll be a silent one.

Once again, the best way to understand a piece of code is... well, to write it. Let's roll our own lightweight filter. The good folks at Mozilla have an industrial-strength polyfill for you to read, too.

The syntax for the reduce array method in JavaScript is:

Just like map and filter, reduce is defined on Array.prototype and so is available on any array, and you pass a callback as its first argument. But it also takes a second argument: the value to start combining all your array elements into.

Finally, bear in mind that reduce returns a single value, not an array containing a single item. This is more important than it might seem, and I'll come back to it in the examples.

Let's say you want to find the sum of a list of numbers. Using a loop, it would look like this:

While this isn't a bad use case for forEach, reduce still has the advantage of allowing us to avoid mutation. With reduce, we would write:

First, we call reduce on our list of numbers. We pass it a callback, which accepts the previous value and current value as arguments, and returns the result of adding them together. Since we passed 0 as a second argument to reduce, it'll use that as the value of previous on the first iteration.

With arrow functions, we would write it like this:

If we take it step by step, it looks like this:

If you're not a fan of tables, run this snippet in the console:

Let's turn back to our tasks example. We've gotten a list of task names from map, and a filtered list of tasks that took a long time with... well, filter.

What if we wanted to know the total amount of time we spent working today?

With reduce, that becomes:

That's almost all there is to it. Almost, because JavaScript provides us with one more little-known method, called reduceRight. In the examples above, reduce started at the first item in the array, iterating from left to right:

reduceRight does the same thing, but in the opposite direction:

I use reduce every day, but I've never needed reduceRight. I reckon you probably won't, either. But in the event you ever do, now you know it's there.

The three big gotchas with reduce are:

Fortunately, the first two are easy to avoid. Deciding what your initial value should be depends on what you're doing, but you'll get the hang of it quickly.

The last one might seem a bit strange. If reduce only ever returns a single value, why would you expect an array?

There are a few good reasons for that. First, reduce always returns a single value, not always a single number. If you reduce an array of arrays, for instance, it will return a single array. If you're in the habit of reducing arrays, it would be fair to expect that an array containing a single item wouldn't be a special case.

Second, if reduce did return an array with a single value, it would naturally play nice with map and filter, and other functions on arrays that you're likely to be using with it.

Time for our last look under the hood. As usual, Mozilla has a bulletproof polyfill for reduce if you want to check it out.

Putting It Together: Map, Filter, Reduce, and Chainability

At this point, you might not be that impressed. Fair enough: map, filter, and reduce, on their own, aren't awfully interesting. After all, their true power lies in their chainability.

Let's say I want to do the following:

First, let's define our tasks for Monday and Tuesday:

And now, our lovely-looking transformation:

If you've made it this far, this should be pretty straightforward. There are two bits of weirdness to explain, though.

The second bit that might make you a bit uncomfortable is the last reduce, namely:

That call to map returns an array containing a single value. Here, we call reduce to pull out that value.

Finally, let's see how our friend the forEach loop would get it done:

Conclusion and Next Steps

In this tutorial, you've learned how map, filter, and reduce work; how to use them; and roughly how they're implemented. You've seen that they all allow you to avoid mutating state, which using for and forEach loops requires, and you should now have a good idea of how to chain them all together.

By now, I'm sure you're eager for practice and further reading. For a masterclass in functional programming in JavaScript, check out our online course.

Questions, comments, or confusions? Leave them in the comment section. 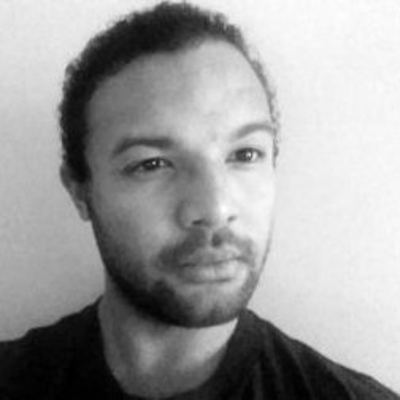 Peleke Sengstacke
Fayetteville, NY
Peleke Sengstacke is a web and mobile developer with a penchant for functional programming. When not hacking around in Node, he's hacking around on Android; and when not on Android, in Clojure. He likes linguistics, avocados, and lifting weight. He dislikes mosquitoes, the scent of durian, and merge conflicts. Make his day by following him on Twitter (@PelekeS) or bookmarking his blog (http://peleke.me).
PelekeS
Weekly email summary