React Native is an open-source mobile application framework created by Facebook. You can use it to develop applications for Android and iOS devices with a single codebase. React Native powers some of the world's most popular apps, such as Instagram and Facebook, and in this post I'll show you how to create your first React Native app for Android.

The React Native code for a typical mobile app screen looks like this:

If you look closely, you'll see that React Native uses a combination of JavaScript, HTML-like markup, and CSS. This code snippet defines a screen with a text display and styling.

There are two ways to create a React Native app:

I'll talk about the pros and cons of each below.

Expo is an open-source framework and a platform for universal React applications that gives a managed app development workflow. It is a set of tools and services built around React Native and native platforms that help develop, build, deploy, and quickly iterate on iOS, Android, and web apps from the same JavaScript or TypeScript codebase.

Expo takes away all the complexities associated with building React Native apps. Some of the features of the Expo CLI include:

The React Native CLI is a more basic and bare-metal development environment. The good thing is that it makes it possible to build app binaries on your own machine, without relying on a cloud service. On the other hand, the setup is much more complicated—to build apps for Android, you'll need to install Android Studio and configure many features before getting started. This process can be a bit complex, but the React Native CLI environment is more suited to professional app developers.

For this tutorial, we'll use Expo since that's the easiest way to get started building React Native apps.

Creating an App With Expo

In this tutorial, we will use the Expo CLI to create our app.

To create a React Native app with Expo, you need to meet the following:

Also, note that your development computer and phone must be connected to the same wireless network.

Visit the Node.js website and download the latest version of Node. Node is available for Windows, macOS, and Linux operating systems. Simply choose your operating system and install it according to the instructions available on the site.

To check if Node.js is installed, open a terminal window and type:

This command will display the installed Node version.

After you've installed Node, you will also need to install the Expo CLI client. Simply run the following command:

For macOS and Linux users, ensure you use sudo.

Ignore any warnings or errors which occur in the process of installing the Expo CLI. After a successful installation, you should see the message below.

We will create a simple to-do list app that lets you input a list of tasks you need to get done and displays them on the screen.

Create a New Project With Expo

To get started, run the following Expo CLI command to create a new project:

tasklist is the name of the project. You will be prompted to choose a template for your project. For now, choose the blank template, which gives you minimal dependencies.

The expo init command creates a project folder and installs all the dependencies required by the React Native app.

Navigate to the project folder and run the following command:

npm start will start the Expo dev tools and open a new tab in your browser that looks like this:

This window allows you to run your app on a simulator or a connected device.

Now, open the Expo client app on your physical Android device and select the Scan QR Code option, as shown below.

Next, go back to the Expo dev window, scan the bar code, and wait for the JavaScript bundle build process to complete. This usually takes a couple of minutes. When the process is complete, the application should be running on your phone!

Now that your development environment is ready, you can edit the code for the project using your preferred code editor. The project folder looks something like this:

App.js is open in the screenshot above. Let's take a closer look. First, we import React from react. We then import the Text and View components from react-native.  We also import Stylesheet, which helps with styling.

In the boilerplate version of App.js that Expo creates, there is a simple view with a text component and a status bar. This view is returned from the App() function. The styles constant contains some basic CSS to style the view.

Next, let's add some new components and styles to the app!

Open the App.js file and enter the following code.

The code above adds a simple text input and a button for adding new tasks. We use CSS flexbox styling to position the components next to each other.

To get the user input, we first import the useState() function from react and use it to update the state of the newTask() and setnewTask() functions. Since the user hasn't typed anything yet, the initial state will be empty. Add the following code to the top of the App() function, just above return:

We then define the taskInputHandler, which listens to the change in the input and updates the content of the setNewTask() function. Add these lines to the App() function next:

Now we need to handle button presses. When the user presses the + button, we want to add the new task to a list.

First, we'll define our state for the list of tasks:

Next, we define an addTaskHandler function to add the new task (found in the newTask state) to the list.

And register that event handler with the <Button> component:

Finally, we'll add a new view to show all the tasks in the list we've created. This goes just after the input container view, but still inside the main container view.

The full code for App.js is shown below. Compare it to what you have.

In this tutorial, you learned how to create a React Native app with Expo.

React Native is a great framework and a popular platform for both developers and businesses. Apps created with React Native are guaranteed to work smoothly on any platform or system. React Native also saves development work by letting you code your app once and run it on any mobile platform.

CodeCanyon is an online marketplace that has hundreds of mobile app templates—for Android, iOS, React Native, and Ionic. You can save days, even months, of effort by using one of them.

Whether you're just getting started with React Native, or are a seasoned developer, a React Native app template is a great way to save time and effort on your next app project.

If you have trouble deciding which template on CodeCanyon is right for you, these articles should help: 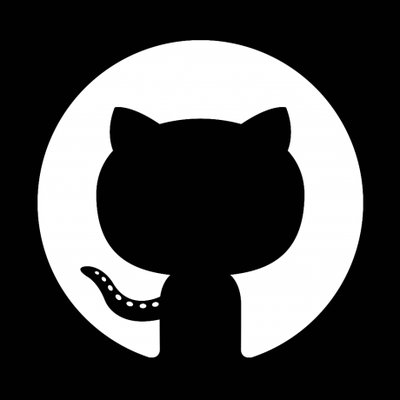