Getting Started With HealthKit: Part 1

The HealthKit framework was introduced last year at WWDC 2014 as a single place where apps can store, share, and read health-related data. The new Health app, which is the user's view into that data, was one of the flagship features of iOS 8.

One of the main benefits of HealthKit is that fitness and health-related apps can effortlessly share data with each other. During the past year, many developers adopted HealthKit into their apps and tech-savvy users have come to expect that any fitness app integrates with HealthKit.

There are many benefits, gotchas, and best practices when working with this new and exciting framework. Recently, I've had first-hand experience working with the HealthKit framework when I add support for HealthKit to one of my apps, Routie. If you are considering using HealthKit in your own app, then this tutorial is for you.

Why Should I Care About HealthKit?

I've already mentioned some of the benefits of HealthKit, but if you are not sold yet, then let me just say that it's really not that hard to integrate HealthKit. I would even go further and say that it's easier than most other new frameworks that Apple introduced. Obviously, this depends heavily on what you want to achieve with it. But in general, I would say that the ratio between the effort it takes to integrate HealthKit and the benefits it brings to your users is very favorable.

Apart from the straightforward integration into existing apps, it also brings the possibility of building entirely new category of apps. For example, you can pull various data from HealthKit, such as the user's workouts or blood pressure, and display them in an interesting way, leaving the hard work of collecting that data to other apps.

What Will You Learn?

My goal with this tutorial is to teach you the basics by building a sample app. In addition, I will give you a number of useful tips and tricks on how you could or should integrate HealthKit in your own apps. After reading this article, you should have a basic understanding of HealthKit, ready to use it in your apps.

What You Should Know

The following list includes a number of basic facts about HealthKit that you should be aware of:

Before We Get Started

I know you are probably eager to start with the sample project by now, but there are a few important things that you should be aware of before you dive in.

Now that we got this out of the way, let's get started with the tutorial.

We will build a simple app that integrates with HealthKit and explains some of the basic concepts of the framework. In particular, we will:

1. Setting Up the Project

Launch Xcode and select File > New > Project... From the iOS > Application section, select the Tabbed Application template and click Next. 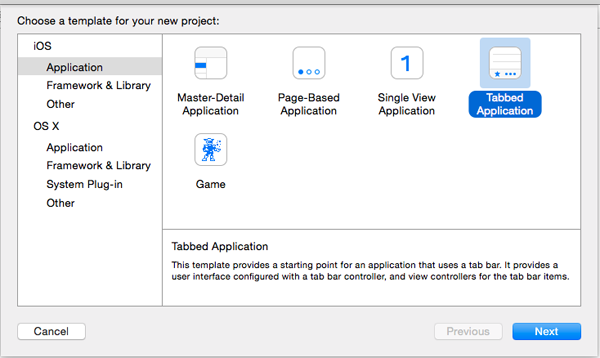 Enter HealthBasics as the project's Product Name and click Next. Select where you want to save the project and click Create.

In the Project Navigator on the left, click the project, select the HealthBasics target, and open the Capabilities tab at the top. Scroll down to the HealthKit section and enable HealthKit toggling the switch on the right. Behind the scenes, Xcode will do the necessary for you to enable HealthKit.

For this project, we won't be using size classes. Because size classes are enabled by default, we need to manually disable them in Xcode. In the Project Navigator on the left, select Main.storyboard. Open the File Inspector on the right and uncheck the checkbox labeled Use Size Classes.

Xcode will show you a warning dialog. Dismiss it by clicking Disable Size Classes, but make to keep size class data for iPhone as shown below.

We're not done yet. Add one more label, a text field, and a button to the First View Controller, aligning them horizontally as shown below. Change the label's text to User's weight: and change the button's title to Write.

Select the text field you've just added and, in the Attributes Inspector, change its Keyboard Type to Numbers and Punctuation. That's it. The first scene should now look like this:

We are going to keep HealthKit-related code in a separate class, the GSHealthKitManager class. Let's create that class now.

In the Project Navigator, right-click the HealthBasics group and select New File.... Make sure Cocoa Touch Class is selected from the list of templates and click Next. Name the class GSHealthKitManager and click Next.

Open the header file of the GSHealthKitManager class and replace the file's contents with the following code. Later, we will call these methods from the FirstViewController class.

Next, ope the implementation file of the GSHealthKitManager class and replace its contents with the following:

While most of the HealthKit-related code is easy enough to understand, let's go over each method to make sure we're on the same page.

In this step, you encountered a number of HealthKit classes. You can read more about each class in the HealthKit Framework Reference, but I'll give you a brief summary of each class.

We can now use the GSHealthKitManager singleton from anywhere in our application to work with HealthKit.

In this tutorial, you learned about the basics of the HealthKit framework. I've introduced you to the framework and pointed out some of the caveats to watch out for. We've also built the foundation of the sample app and implemented the GSHealthKitManager class, which we'll use to interact with HealthKit.

In the second part of this series, we'll continue building the sample app and further integrate HealthKit. You can find the source files for this tutorial on GitHub.

Lukas Petr
Indie iOS Developer, Prague
Indie iOS developer by profession and by heart. I enjoy creating simple to use apps that are reliable and delightful. Apart from development, I do cycling and blogging.
luksape
Weekly email summary