In this two-part mini series, you'll learn how to create a Flash spaceship game, where the main control is via the microphone: shout louder to make your ship fly higher, to try to avoid the obstacles that appear on the screen. In this first part, we'll focus on the design of the game, by drawing the main game objects and putting together the (mouse-controlled) menu and screen interface.

Here's a look at the design of the game, which we'll be putting together:

In this section, we'll draw our game's main graphical objects: a spaceship, a laser beam, a diamond, a meteor, a planet, and a star - all in the pixel art style seen in the SWF above, and all using Flash Pro.

Designing the Menus and Screens

Links mentioned in the video:

Now that we have all of the graphical elements, we'll write the code to make our menus interactive, and handle the navigation between screens.

More info on AS3 Events: Taking a Closer Look at the ActionScript 3.0 Event Framework.

Check back in a couple of weeks for the second part of the series, where you'll learn how to program the actual game mechanics - including the microphone-based interaction! 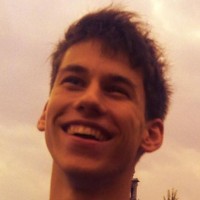 Daniel Apt
Daniel Apt is a Dutch 21-year-old web designer living in London. He is passionate about all forms of design, especially when combined with technology. He’s currently studying Design for Graphic Communication at the London College of Communication.
Weekly email summary