Code Your Own Juicy Tabbed Slider (Using the Nivo Slider)

A week ago, on our sister-site, Webdesigntuts+, we showed you how to design a "Juicy Tabbed Slider" in Photoshop. Today we're going to show you how to actually code it in a few quick steps. No heavy CSS or Javascript knowledge required - promise! We'll be using the popular Nivo Slider to handle the animation, so let's dig in!

Alright, so assuming that you've gone through the design phase of this tutorial, now you should have a pretty basic slider element in Photoshop (or Fireworks) format. I'm going to write up this tutorial as a "standalone" slider - meaning it'll essentially be the only element on the page that we create... but using just a few extra steps after the fact, you should be able to add this to your own designs and position/resize it any way that you want!

What's better is that this is completely skinnable and resizable - so if you've made any heavy customizations in the free PSD that we handed out, you'll be able to incorporate your franken-modifications here as well! 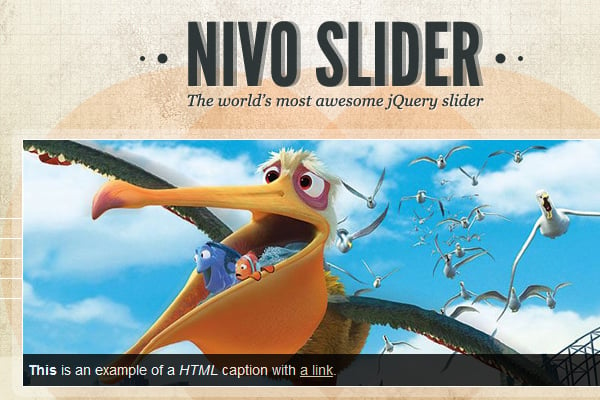 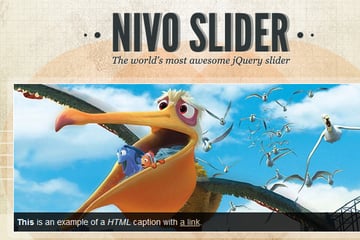 Go ahead and download the latest version of the Nivo Slider from their page. The version we'll be using is Version 2.4, but unless they completely overhaul their entire codebase, chances are very good that the steps in this tutorial will still work in version 2.5, 2.6, and ever onward.

It's important to note that we're not re-inventing the wheel here. We're pretty much just going to be using their "demo.html" file as our own base of operations. We won't deviate far from the official Usage Documentation either.

As a web designer, I do a lot of work where I'm simply modifying and hijacking other people's open source code - you probably do the same. It's an important skill to have unless you're intent on learning each and every major coding language out there and you're willing to constantly keep your knowledge up to date. Frankly, I think that's kind of silly - so figuring out how to use other people's code is one of the most important skills that you can have.

In most cases (as in this one), all that's truly required is a rough knowledge of HTML and CSS and the ability to read documentation.

We'll start out the next step by opening up the "demo" folder - so go ahead and do that before we move on.

In this step, we're simply going to attempt to get an idea for how the Nivo Slider works. Every slider out there is going to work a little bit different, so it's worth taking a few minutes to familiarize yourself with the particular script that you intend to use on a project.

If you take a quick look at the code for the Nivo Slider (inside the demo.html file), you'll notice that all of the major styling and structure is being handled from the "style.css" file. In fact, the actual HTML code is pretty simple once you've referenced the appropriate scripts in the HEAD section of demo.html.

Let's start our walkthrough by looking at the lines of code from the header. We won't need to change these, but they need to be present in any file that we want to use the slider on:

Next, let's peek at the raw HTML that generates the slider:

Finally, we won't be dealing with captions in this particular slider, so you can pretty much disregard the next lines (unless you want to do your own customization of the slider later on):

So, really, all that's required for you to understand is the basic HTML that generates the slider (shown above in the second block of code). Since we won't be dealing with captions in our slider, you can further simplify the code to something like this:

That's not so bad right? It's essentially just a couple wrapped DIV elements with images inside.

The CSS for the Nivo Slider

The CSS is what's going to be doing the heavy lifting, so let's take a peek at that:

If you're new to CSS, this might look intimidating at first... but most of you will see this for a fairly simple bit of styling code. Everything you need to resize and reskin the slider is here... and we only need to change a handful of lines of script to get this thing looking exactly like our version.

First though, we need to locate and re-skin the images that are currently being used for the slider with our own. If you open up the "/demo/images/" folder, you'll see there's just a couple main images that we want to reskin:

If we were coding this slider from scratch, we'd probably start by carefully chopping it in Photoshop, piece by piece. However, since we're working with a pre-existing set of "assets" (aka, the images used to create the background, bullets and arrows), it's going to make a little bit more sense to skin the pre-existing assets rather than start from scratch.

Let's start with the "bullets.png" file since it happens to be the most straight forward file. Go ahead and open it up in Photoshop:

Notice the basic structure of the file here. There are two graphics that will be positioned using CSS so that one appears at a time.

We already have our own bullet graphics from our own PSD, so we simply want to position them over the original elements and re-save the file:

In this case, we don't even need to re-size the file at all... so we're actually done reskinning the bullets! Save this new file over the original "bullets.png".

The arrows are going to be one level more difficult, simply because our arrow graphics are larger than the original graphics. That's fine though - we'll still start by opening up the "arrows.png" file inside Photoshop.

It's hard to see the arrows because they are transparent.

Once again, notice the structure of the file - two arrows, side by side this time - that will be positioned using CSS so that only one appears at a time.

The size of the graphic is 60x30px... but ours will have to be large enough to hold both of our bigger arrows. Having measured our own arrows (you can do this using the Rectangular Marquee tool and the Info panel), I've decided that the new dimensions should be 70x65px. This will be large enough to hold both arrows, as well as the light shadow that we want to appear next to each one.

We're going to have to make a few changes to the size and positioning in the CSS, but this completes the initial reskin for the arrows. Save this new file over the original "arrows.png".

Lastly, let's re-skin the background graphic. The Nivo Slider demo uses an abstract sort of circle background - but we want to use our "frame and shadow" graphic for the background.

This swap is going to be similar to what we did with the arrows, but instead of needing to make our image larger, this time we actually need to save a smaller document. Notice how large the original image is:

998x392px is the original background's dimensions - We want it to be closer to 494x310px to match our own frame. This isn't tough, but it's a case where it's going to make more sense just to grab a direct slice from our original PSD file.

Go ahead and turn off ALL layers (including the background) other than the frame and the shadow, then Crop the image down to about 20-25px of spacing around the frame just to be safe (we won't want to accidentally crop our shadow): 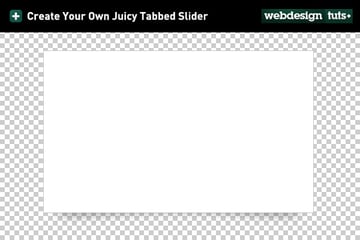 As with the last two graphics, go ahead and save directly over the original image "slider.png".

Save Our Image Slides

If you did want to use your own images, obviously you'll want to name them uniquely (my_image1.jpg, my_image2.jpg, etc.), and then amend the image paths inside the demo.html document.

Tweaking the CSS to Fit Our New Skinned Images

The last step here is probably the trickiest as it requires a lot of trial and error. Our objective is going to be to tweak the original style.css file so that our slider matches our own design. The primary problem is that the original slider uses completely different dimensions for most of the major elements, so we need to carefully, through trial and error, sort out what our own dimensions should be.

Trial and Error in CSS can be done a few different ways - The "hard" way is to simply keep on tweaking the CSS file, saving it, and then previewing it in the browser. The easy way is to use a browser plugin like Firebug to actually test out your adjustments in the browser itself. If you haven't picked up Firebug yet, I highly recommend doing so now. It's a simple plugin that attaches to your browser.

I'm going to simply dish out the completed CSS file right now, then we'll break it down step by step. I'll mark every major line that was edited with a "/*= NEW =*/" note:

Looking closely, you'll notice that all of the changes (with the "/*= NEW =*/" note) fall into the same basic categories:

The only two exceptions are where we've added the background color and rounded corners to the ".nivo-controlNav" element and where we've adjusted the default positioning of the ".nivo-directionNav a" element (this second one was previously set by another stylesheet, so we're overriding the default setting of 45% so our arrows are higher up on the slider).

The other new rule that we've added is the "a.nivo-prevNav:hover{left: -41px;}" rules for the left and right buttons. The purpose here is to add a subtle nudge to each button when you mouse over them.

If you're planning on creating your own resized version of the slider, you'll want to pay attention to the two spots where the overall height and width of the slider are set. In short, the "#slider-wrapper" and "#slider" elements are what control this - simply adjust the height and width parameters to match your own slider's dimensions and you should be good to go.

The final modification that I've decided to make from the original demo.html file is to unhide the arrow buttons. By default, the Nivo Slide hides these "directional" navigation controls - only showing them when your mouse is hovering over the slider. For us though, these elements are a key aesthetic that we wouldn't want to hide.

To correct this, the Nivo Slider gives us a simple method of unhiding by adding a single option to the activation script. At the bottom of the demo.html file, find the following:

That's it for this tutorial! While we haven't coded a single thing from scratch, we have effective created a custom slider and then realized it in code using one of the best pre-built slider scripts out there on the net right now. I hope you've picked up a few new skills in this walkthrough - have fun customizing this and using it in your own design!

DesigningWeb DevelopmentNivo SliderAdobe Photoshop
Did you find this post useful?
Yes No
Would you like to provide feedback (optional)?
Cancel Submit
Want a weekly email summary?
Subscribe below and we’ll send you a weekly email summary of all new Code tutorials. Never miss out on learning about the next big thing.
Sign up

Brandon Jones
I'm Brandon! Web design speaker, author, former editor for Tuts+, and dad of 3!
makedesign
Download Attachment View Online Demo
Looking for something to help kick start your next project?
Envato Market has a range of items for sale to help get you started.