I dislike code generation and usually, I see it as a "smell". If you are using code generation of any kind, there is a good chance something is wrong with your design or solution! So perhaps instead of writing a script to generate thousands lines of code, you should take a step back, think about your problem again and come up with a better solution. With that said, there are situations where code generation might be a good solution.

In this post, I will talk about pros and cons of code generation and then show you how to use T4 templates, the built-in code generation tool in Visual Studio, using an example.

Code Generation Is a Bad Idea

I am writing a post about a concept that I think is a bad idea, more often than not and it would be unprofessional of me if I handed you a tool and didn't warn you of its dangers.

The truth is, code generation is quite exciting: you write a few lines of code and you get a lot more of it in return that you would perhaps have to write manually. So it's easy to fall into a one-size-fits-all trap with it:

"If the only tool you have is a hammer, you tend to see every problem as a nail"". A. Maslow

Here are a few examples of where you should not use code generation:

I was also going to put Object Relational Mapping in the list as some ORMs heavily rely on code generation to create the persistence model from a conceptual or physical data model. I have used some of these tools and have undergone a fair bit of pain to customize the generated code. With that said, a lot of developers seem to really like them, so I just left that out (or did I?!) ;)

While some of these "tools" do solve some of the programming problems and reduce the required upfront effort and cost of software development, there is a huge hidden maintainability cost in using code generation, that sooner or later is going to bite you and the more generated code you have, the more that it is going to hurt.

I know that a lot of developers are huge fans of code generation and write a new code generation script every day. If you are in that camp and think it is a great tool for a lot of problems, I am not going to argue with you. After all, this post is not about proving code generation is a bad idea.

Sometimes, Only Sometimes, Code Generation Might Be a Good Idea

Very rarely though, I find myself in a situation where code generation is a good fit for the problem at hand and the alternative solutions would either be harder or uglier.

Here is a few examples of where code generation might be a good fit:

As mentioned above, code generation makes for inflexible and hard to maintain code; so if the nature of the problem you're solving is static and doesn't require frequent maintenance, then code generation might be a good solution!

Just because your problem fits into one of the above categories doesn't mean code generation is a good fit for it. You should still try to evaluate alternative solutions and weigh your options.

Also, if you go for code generation, make sure to still write unit tests. For some reason, some developers think that generated code doesn't require unit testing. Perhaps they think it's generated by computers and computers don't make mistakes! I think generated code requires just as much (if not more) automated verification. I personally TDD my code generation: I write the tests first, run them to see them fail, then generate the code and see the tests pass.

Text templates are composed of the following parts:

Instead of talking about how T4 works, I would like to use a real example. So here is a problem I faced a while back for which I used T4. I have an open source .NET library called Humanizer. One of the things I wanted to provide in Humanizer was a fluent developer friendly API for working with DateTime.

I considered quite a few variations of the API and at the end, settled for this:

After I knew what my API was going to look like I thought about a few different ways to tackle this and spiked a few object oriented solutions, but all of them required a fair bit of boilerplate code and those that didn't, wouldn't give me the clean public API that I wanted. So I decided to go with code generation.

For each variation I created a separate T4 file:

Here I will discuss On.Days. The code is copied here for your reference:

If you're checking this code out in Visual Studio or want to work with T4, make sure you have installed the Tangible T4 Editor for Visual Studio. It provides IntelliSense, T4 Syntax-Highlighting, Advanced T4 Debugger and T4 Transform on Build.

The code might seem a bit scary in the beginning, but it's just a script very similar to the ASP language. Upon saving, this will generate a class called On with 12 subclasses, one per month (for example, January, February etc) each with public static properties that return a specific day in that month. Let's break the code apart and see how it works.

The syntax of directives is as follows: <#@ DirectiveName [AttributeName = "AttributeValue"] ... #>. You can read more about directives here.

I have used the following directives in the code:

The Template directive has several attributes that allow you to specify different aspects of the transformation.

If the debug attribute is true, the intermediate code file will contain information that enables the debugger to identify more accurately the position in your template where a break or exception occurred. I always leave this as true.

The Output directive is used to define the file name extension and encoding of the transformed file. Here we set the extension to .cs which means the generated file will be in C# and the file name will be On.Days.cs.

Here we are loading System.Core so we can use it in the code blocks further down.

The Assembly directive loads an assembly so that your template code can use its types. The effect is similar to adding an assembly reference in a Visual Studio project.

This means that you can take full advantage of the .NET framework in your T4 template. For example, you can use ADO.NET to hit a database, read some data from a table and use that for code generation.

Further down, I have the following line:

This is a bit interesting. In the On.Days.tt template I am using the Ordinalize method from Humanizer which turns a number into an ordinal string, used to denote the position in an ordered sequence such as 1st, 2nd, 3rd, 4th. This is used to generate The1st, The2nd and so on.

From the MSDN article:

The assembly name should be one of the following:

System.Core lives in GAC, so we could just easily use its name; but for Humanizer we have to provide the absolute path. Obviously I don't want to hardcode my local path, so I used $(SolutionDir) which is replaced by the path the solution lives in during code generation. This way the code generation works fine for everyone, regardless of where they keep the code.

The import directive allows you to refer to elements in another namespace without providing a fully-qualified name. It is the equivalent of the using statement in C# or imports in Visual Basic.

On the top we are defining all the namespaces we need in the code blocks. The import blocks you see there are mostly inserted by T4 Tangible. The only thing I added was:

So I can later write:

Without the import statement and specifying the assembly by path, instead of a C# file, I would have gotten a compile error complaining about not finding the Ordinalize method on integer.

A text block inserts text directly into the output file. On the top, I have written a few lines of C# code which get directly copied into the generated file:

Further down, in between control blocks, I have some other text blocks for API documentation, methods and also for closing brackets.

Control blocks are sections of program code that are used to transform the templates. The default language is C#.

Note: The language in which you write the code in the control blocks is unrelated to the language of the text that is generated.

There are three different types of control blocks: Standard, Expression and Class Feature.

Let's take a look at the controls blocks that we have in the sample template:

For me personally, the most confusing thing about T4 is the opening and closing control blocks, as they kinda get mixed with the brackets in the text block (if you're generating code for a curly bracket language like C#). I find the easiest way to deal with this, is to close (#>) the control block as soon as I open (<#) it and then write the code inside.

On the top, inside the standard control block, I am defining leapYear as a constant value. This is so I can generate an entry for February 29th. Then I iterate over 12 months for each month getting the firstDayOfMonth and the monthName. I then close the control block to write a text block for the month class and its XML documentation. The monthName is used as a class name and in XML comments (using expression control blocks). The rest is just normal C# code which I am not going to bore you with.

In this post I talked about code generation, provided a few examples of when code generation could be either dangerous or useful and also showed how you can use T4 templates to generate code from Visual Studio using a real example.

If you would like to learn more about T4, you can find a lot of great content on Oleg Sych's blog. 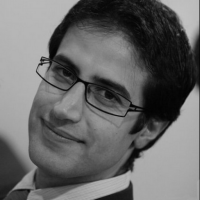 Mehdi Khalili
Mehdi is a Senior Consultant at ThoughtWorks New York working as team leader, mentor and programmer where he helps ThoughtWorks clients build their ideas into high quality working solutions fast. Mehdi started his career as a back-end guy writing C/C++ code for large scale financial systems. Later he switched to .Net and after working as team leader for a few years moved to consultation and worked for Readify, a .Net consulting company in Australia. In the past few years Mehdi has been enjoying web development with ASP.Net, Ruby on Rails and more recently NodeJS. Mehdi also has a passion for software quality. He is a co-founder of and a contributor on TestStack: a collection of free open source frameworks for building high quality tests in .Net. Mehdi is a presenter and a blogger. You can follow his work on his blog.
Weekly email summary