Canvas From Scratch: Transformations and Gradients

In this article, I'm going to walk you through transformations in the canvas, as well as shadows and gradients. Transformations are an extremely valuable set of methods that allow you to start being creative with the way you draw objects on the canvas. Let's get started after the jump!

You're going to use the same HTML template from the previous articles, so open up your favourite editor and paste in the following code:

Here we have nothing more than a basic HTML page with a canvas element and some JavaScript that runs after the DOM has loaded. Nothing crazy.

One of the simplest transformations in canvas is translate. This allows you to move the origin point of the 2d rendering context; the (0, 0) position on the canvas. Let me show you what this means.

It will draw itself at the top left hand edge of the canvas. Still - nothing out of the ordinary here. 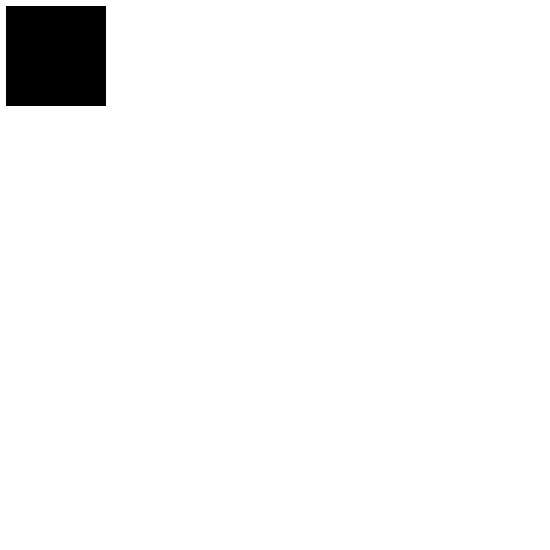 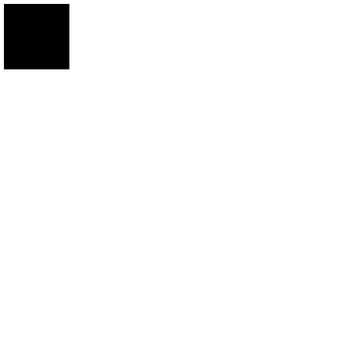 Now, try translating the 2d rendering context and drawing another square in the same position:

What do you think will happen? Have a gold star if you guessed that the new square will be drawn at the position (100, 100). No play time for those who guessed wrong. Sorry! 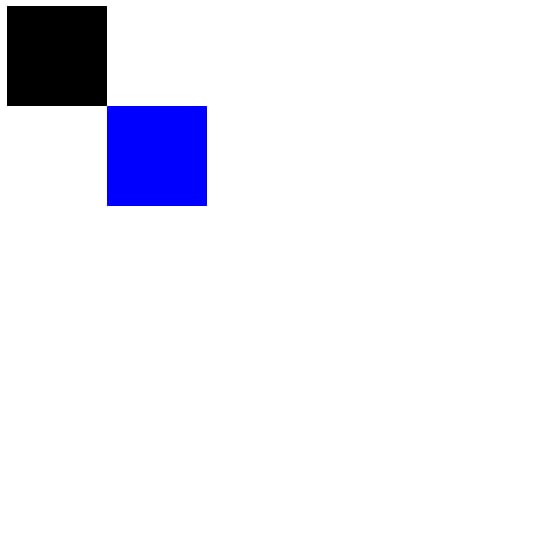 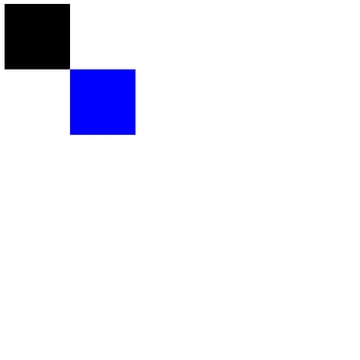 So what happened here then? As far as the code for drawing the second square is concerned, you drew it in the same place as the first square. The reason for this is that you basically shifted the entire coordinate system of the canvas so that its (0, 0) position is now at the place (100, 100). 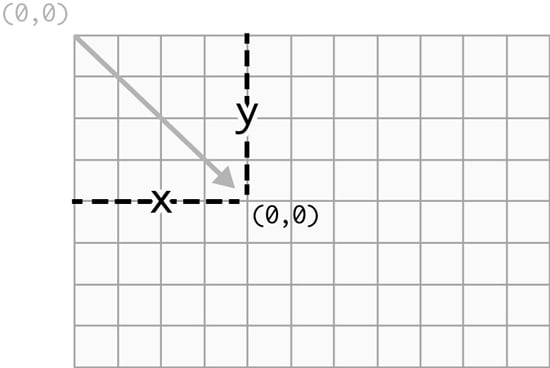 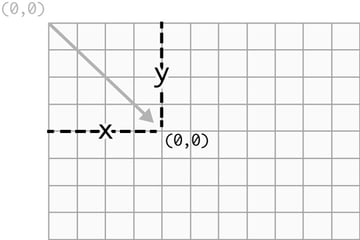 Does it make a little more sense now? I hope so. It can take a little while to get your head around, but it's a simple concept once you understand it.

You probably wouldn't use this transformation too much on its own, as you could simply draw the second square at (100, 100) to get the same effect. The beauty of translate, though, is that you can combine it with other transformations to do some pretty cool things.

Let's take a look at the next transformation on the list.

Remove the code that you worked on with the translate example, and add the following code: 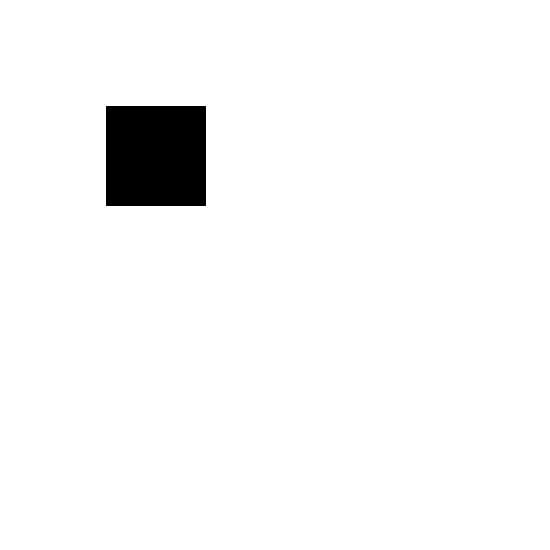 Properties in scale are multipliers for the x and y dimensions.

In your case you want to double the size of the square, so you apply a scale of (2, 2):

Which results in a square that is two times the size: 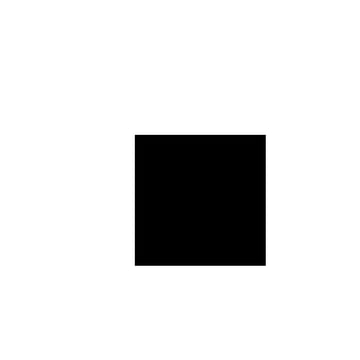 However, notice how the square is now being drawn in a different position than it was being drawn before you applied scale. The reason for this is that scale multiplies the size of everything in the 2d rendering context, including coordinates. In your case, the position (100, 100) now becomes (200, 200); the coordinates are twice the size that they would be without being scaled.

To get around this, we can perform a translate that moves the origin of the 2d rendering context to the position that you want to draw the square. If you then apply scale and draw the square at position (0, 0), its position won't be shifted: 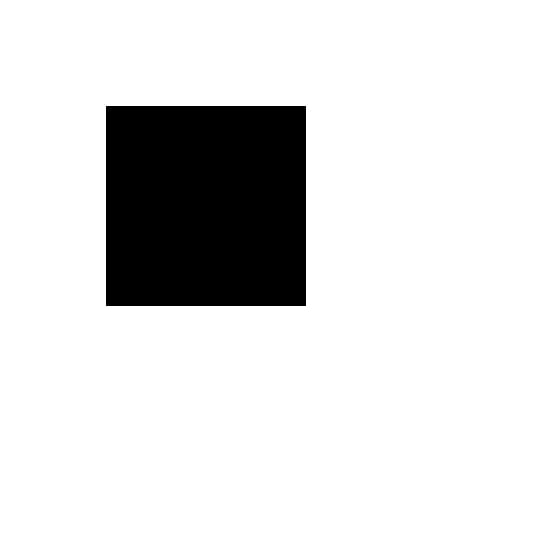 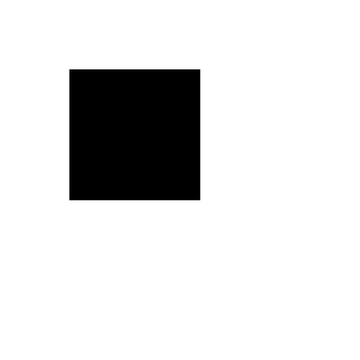 It's being aware of these little quirks in transformations that really helps when using them. Most of the common issues with transformations seems to be a result of not fully understanding how they work.

So far, all the transformations that you've dealt with have been pretty unexciting. Fortunately, the rotate transformation is here to save the day, and it's easily my favourite of the bunch.

I'm sure rotate needs no introduction, so let's jump right in and rotate a square 45 degrees (remember that degrees need to be in radians): 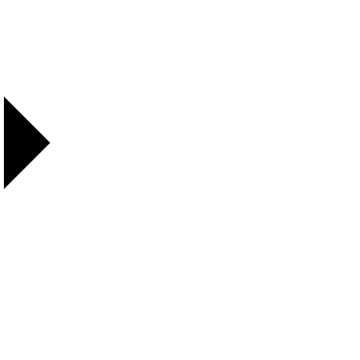 See what happened? The square seems to be trying to escape the browser window, rather than rotating on the spot at the position (100, 100). This is because rotate, like all the transformations, affects the entire 2d rendering context, and not objects individually.

Here is an illustration of what happens to the coordinate system when you perform a 45 degree rotate: 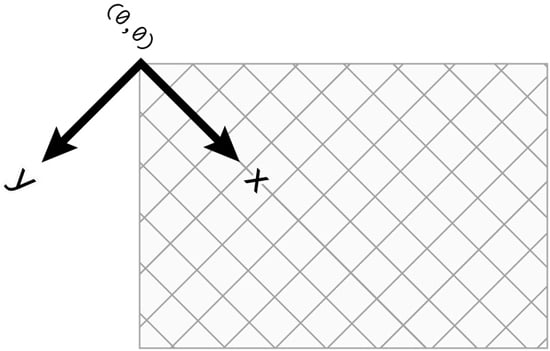 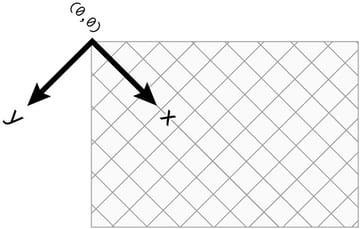 Notice how the entire coordinate system has rotated 45 degrees from the point of origin (0, 0)? This is what caused the square to look like it was escaping the browser window, simply because the position (100, 100) had been rotated slap bang on the edge of the browser.

The simple way to get around this issue is to combine rotate with translate, like so:

Performing the translate moves the origin point of the 2d rendering context (0, 0) to what should be the central point of the square (150, 150). This means that any rotation will now be based around the position (150, 150). If you then draw a square with a negative x and y position, equal to half of the square's width and height, you'll end up drawing a square that looks like it has been rotated around its central point:

The rotate transformation is likely the hardest of them all to understand fully. It's important to remember that transformations are performed on the entire 2d rendering context, and, if you want to rotate a shape around its central point, you'll need to combine rotate with translate.

Let's move onto something a bit more visually impressive.

Canvas comes supplied with a few properties for manipulating the appearance of the objects that are drawn on it, and one set of these properties allows you to add shadows.

Adding shadows to objects is delightfully simple. It simply requires the shadowColor property to be set on the 2d rendering context to a colour that isn't transparent black, and either of the shadowBlur, shadowOffsetX, or shadowOffsetY properties to be set to a value other than 0.

Try out the following code:

This will give the shadow a fifteen pixel blur, and will set the colour to solid black: 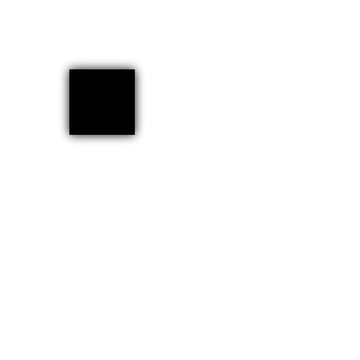 You'll end up with a solid shadow that appears slightly to the right and below the object that has been drawn: 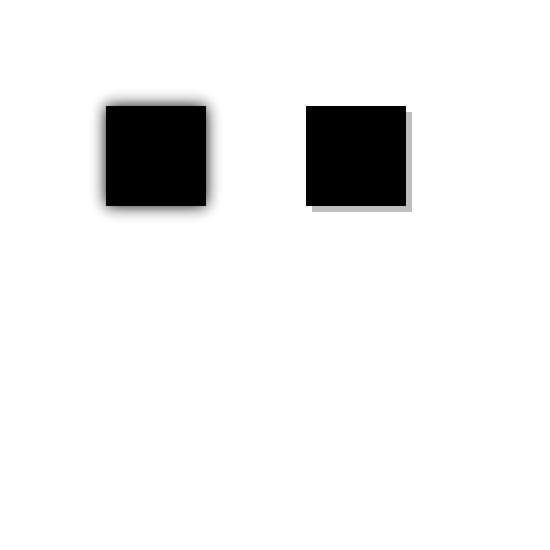 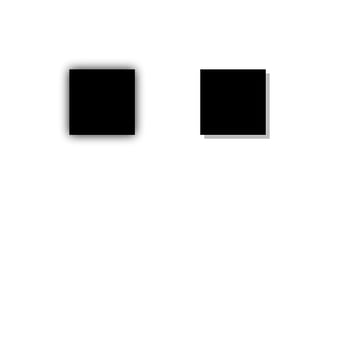 As cool as shadows are, they can be a bit of a resource hog.

It's important to remember that shadows affect everything that is drawn after they are defined, so it's useful to use the save and restore methods to save you from having to reset the shadow properties once you've used them.

Keep in mind that performance can suffer when you're applying a shadow to lots and lots of objects at the same time. In some cases, it might be worth using a PNG image with a shadow instead of drawing an object manually and applying a dynamic shadow using code. We'll cover how to use images with canvas in the next installment of this series.

You can create two types of gradients in canvas - linear and radial.

The last features that I want to cover with you in this tutorial are gradients. There are two types of gradients in canvas, the first being linear (straight) gradients. You can create a linear gradient using the createLinearGradient method (surprisingly enough), which looks like this in pseudo-code:

Here is an example of how to create a linear gradient that runs from the top of the canvas, all the way to the bottom:

But you don't always have to use linear gradients; you can also create radial gradients!

Radial gradients are created with the createRadialGradient method, which looks like this in pseudo-code:

Sound confusing, right? It is a bit, so let's jump in and create a radial gradient to see what happens: 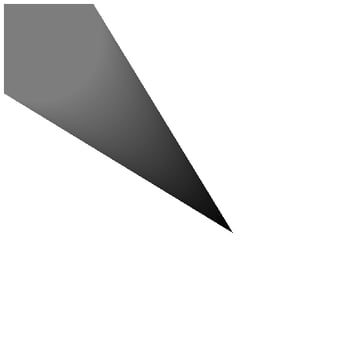 If you're anything like me, that's not what I expected to see. I've used radial gradients before in applications like Adobe Photoshop, and they look nothing like that! So why does it look like this then? Well, that's what it's meant to look like, weirdly.

Check out this diagram that depicts exactly how a radial gradient works in canvas: 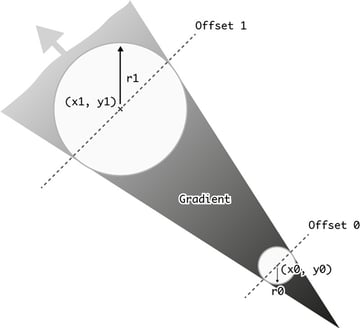 Interesting, isn't it? It basically allows you to create a cone shape, but what if you want to create a proper radial gradient like the one in Photoshop? Fortunately, it's simple.

Creating a proper radial gradient just requires you to place the two circles of the gradient at exactly the same x and y position, making sure that one of the gradient circles is larger than the other: 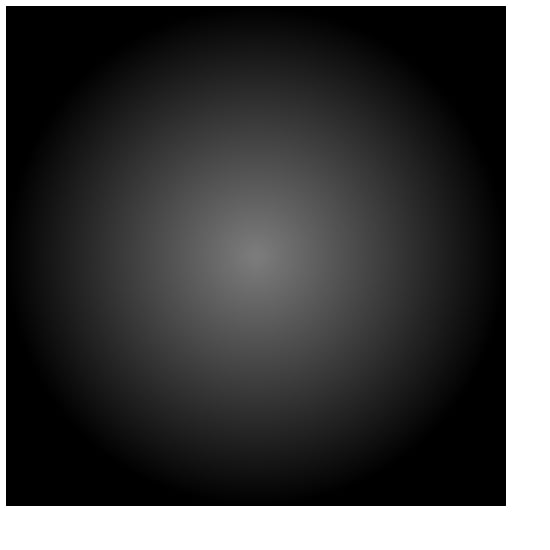 That looks better! I was honestly amazed when I saw how radial gradients were implemented in canvas. I bet it's tripped a lot of people up when they see that cone shape. Oh well, at least you know how to create proper ones now.

It's worth pointing out that gradients in canvas are also quite intensive operations. If you want to cover the entire canvas in a gradient, I'd first consider applying a CSS3 gradient background to the canvas element itself.

In this article, we reviewed how to perform basic transformations on the canvas, including translations, scaling, and rotation. You also learned how to add shadows to objects, and how to create gradients. It doesn't sound like like much, but transformations, in particular, form the backbone of some of the coolest stuff that can be achieved in canvas.

In the next entry in "Canvas from Scratch", we're going to break away from drawing objects and take a look at how to manipulate images and video in the canvas. This is where things start to get really interesting! Stay tuned!

Web DevelopmentHTML5CanvasJavaScript
Did you find this post useful?
Yes No
Would you like to provide feedback (optional)?
Cancel Submit
Want a weekly email summary?
Subscribe below and we’ll send you a weekly email summary of all new Code tutorials. Never miss out on learning about the next big thing.
Sign up

Rob Hawkes
Rob thrives on solving problems through code. He's addicted to visual programming, and can't get enough of HTML5 canvas. Most of his waking life is spent working on crazy projects involving all sorts of new and exciting technologies, both on-line and off. Aside from his practical work, Rob is the author of "Foundation HTML5 Canvas", which is all about making games with the new Web technology. You should definitely pick up a copy! Check out Rob's website if you want to find out more about what he gets up to, and make sure to follow him on Twitter.
Scroll to top
Looking for something to help kick start your next project?
Envato Market has a range of items for sale to help get you started.