Minesweeper Flag is a multi-player board game that is played between two opponents. Commonly, either blue or red are assigned to each player. The board is composed by 256 equal squares, and each board has 51 mines placed in entirely random positions.

The goal of the game is to uncover all the squares in order to find 26 mines. Touching on the game board will reveal what is hidden underneath the chosen square: a bomb or a number. Every time a player touches on a square that contains a mine he/she is awarded with another move. Moreover, if a number is uncovered, that number represents the number of mines adjacent to the uncovered square.

At the beginning of the game the color of the player is automatically assigned and the board is completely covered. The player with the blue color always moves first.

Preview of the Final Effect

In order to simplify the game and software requirements, a graphical model of all requirements is presented bellow. As you can see, the database, web services, and user interfaces are divided in several distinct layers in order to achieve software independence. 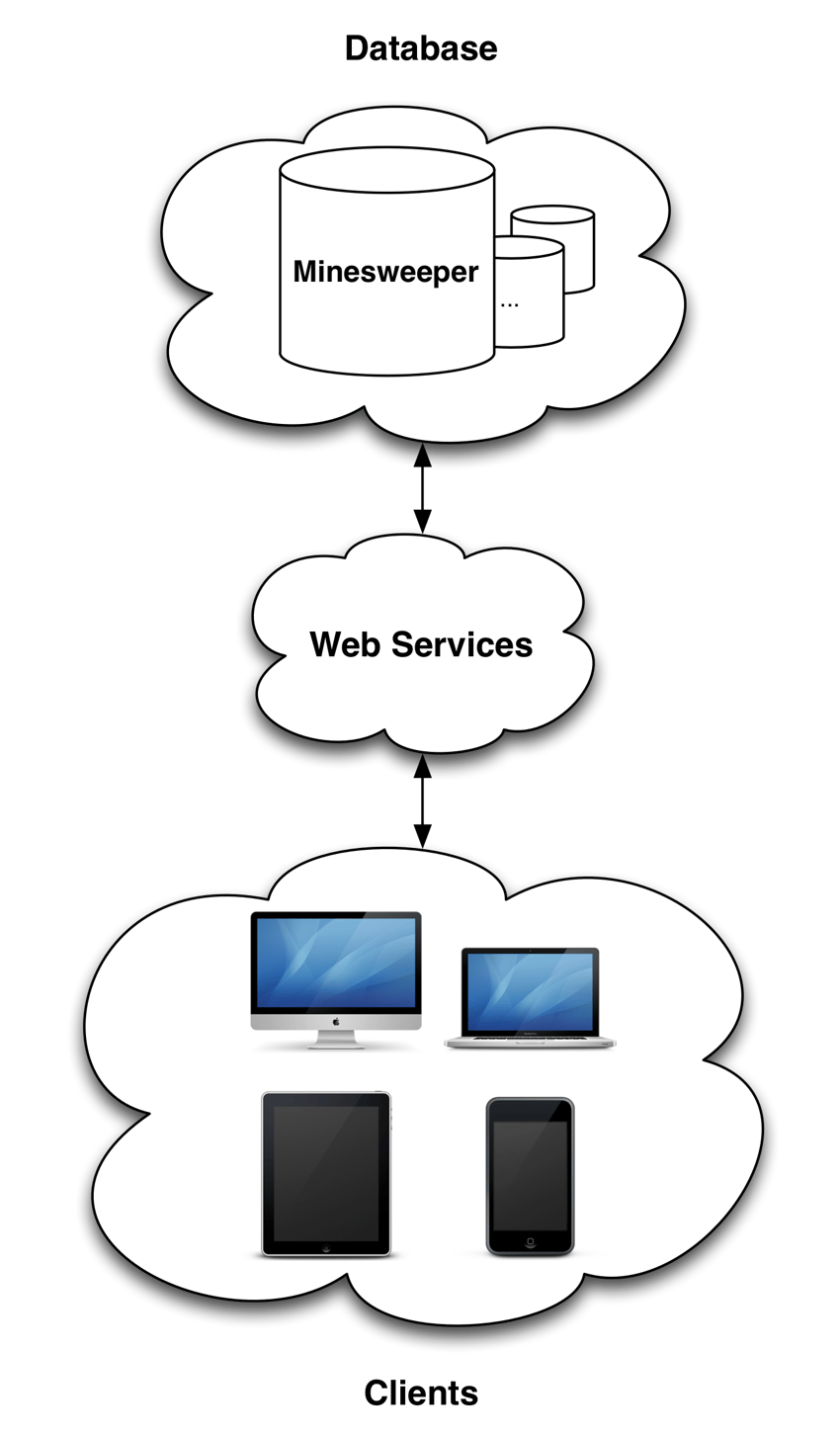 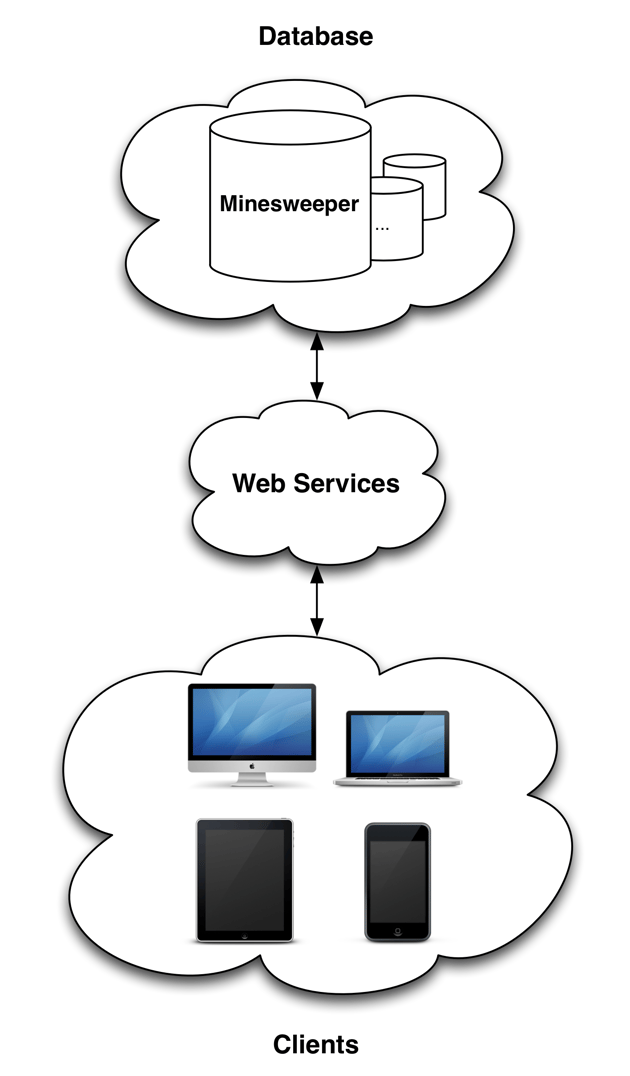 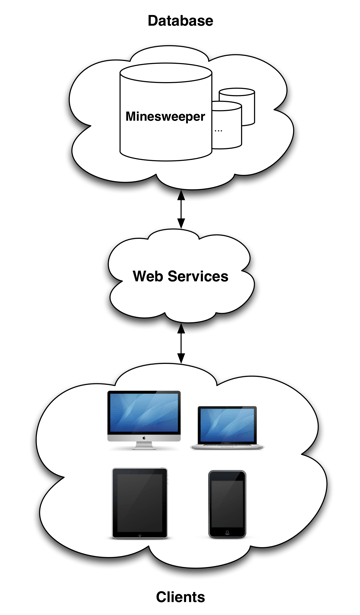 In order to complete the tutorial, the reader needs the following requirements:

The MySQL component can be seen as the core of the application since it will directly support the game persistence. It will store all data inherent to the Minesweeper Flag game, such as player moves, mine location, and scores.

The database of Minesweeper Flag is composing for only one tablet called games. The following image presents the database in a graphical way. 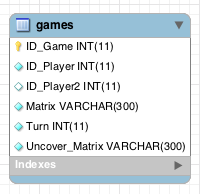 The Netbeans interface development environment is used to provide the web application and its direct web services. This tutorial is based on version 7.0.1 with the Bundled servers installed. 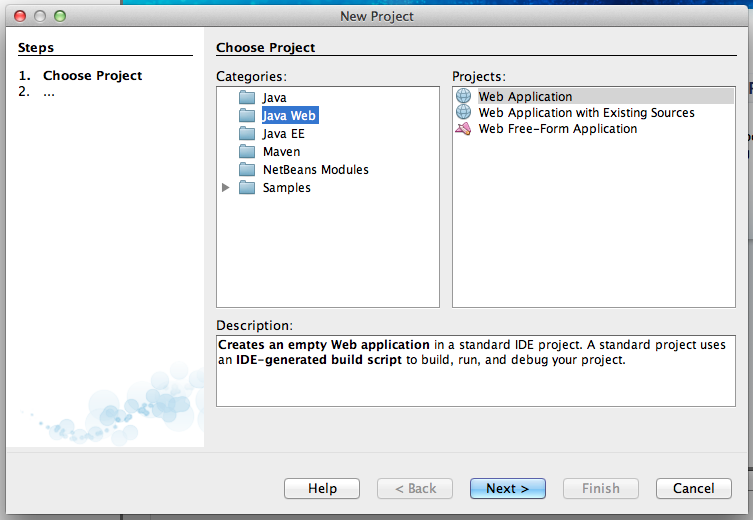 Give a name to the project, its location and folder 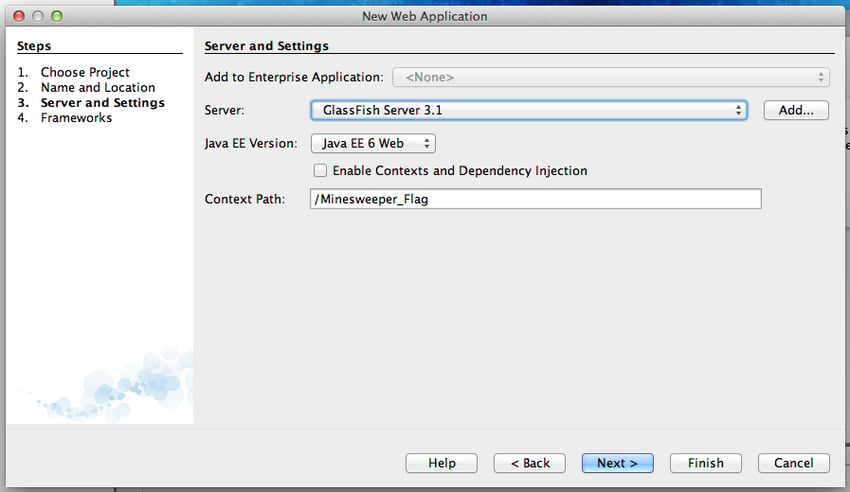 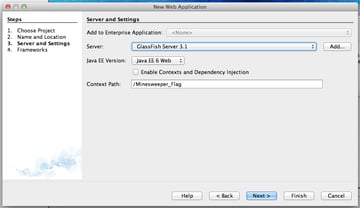 In this tutorial, the authors used the Glassfish server with Java EE version 6 as a standard. 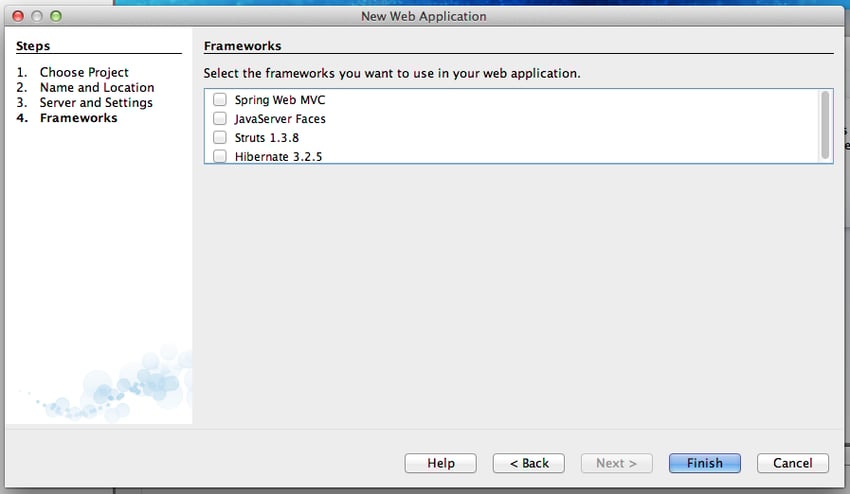 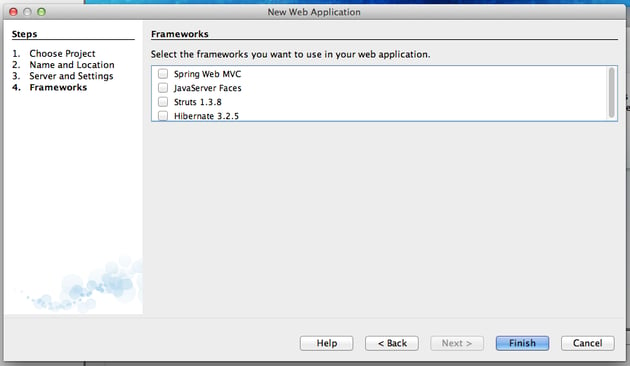 Do not choose any framework, since we will not use any specification or feature of any of the presented frameworks.

At this point we have the Web server configured. The next step is to launch it in order to verify if everything is correctly configured.

To run the main project you can click in the Run Main Project option, located at the Run menu or click in the green icon at the top toolbar. If everything is correct a Web page should appear with the message "Hello World!". 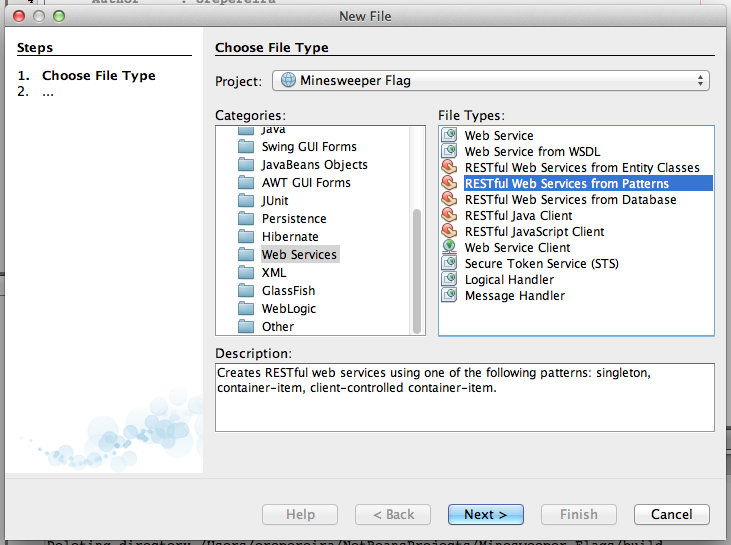 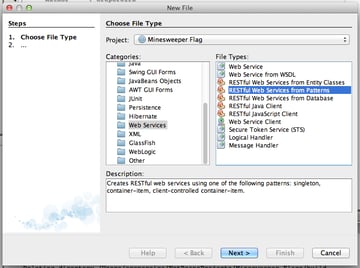 Right click in the Project name and choose New -> Other. From the left menu options choose Web Services and from the right list RESTful Web Service from Patterns. 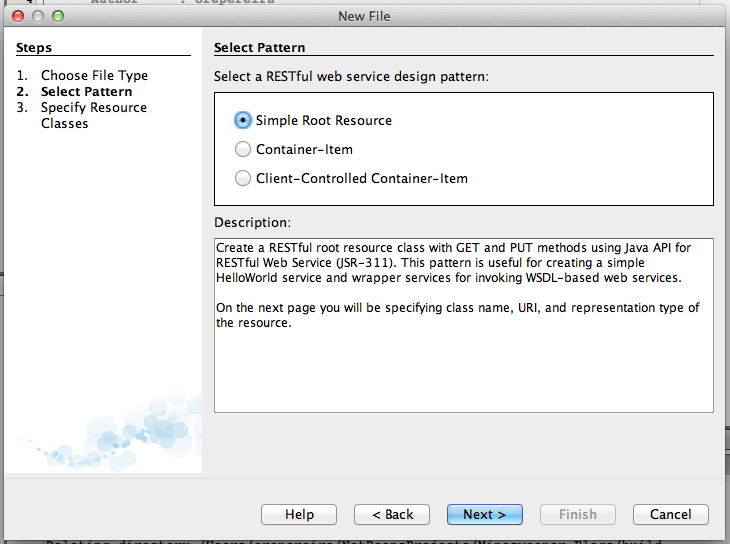 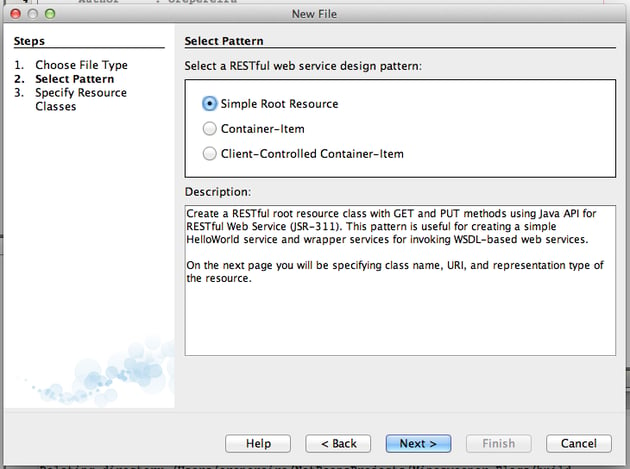 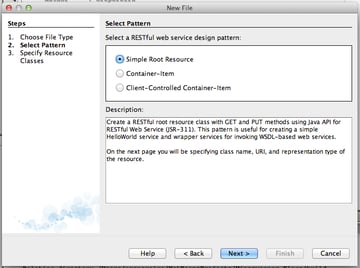 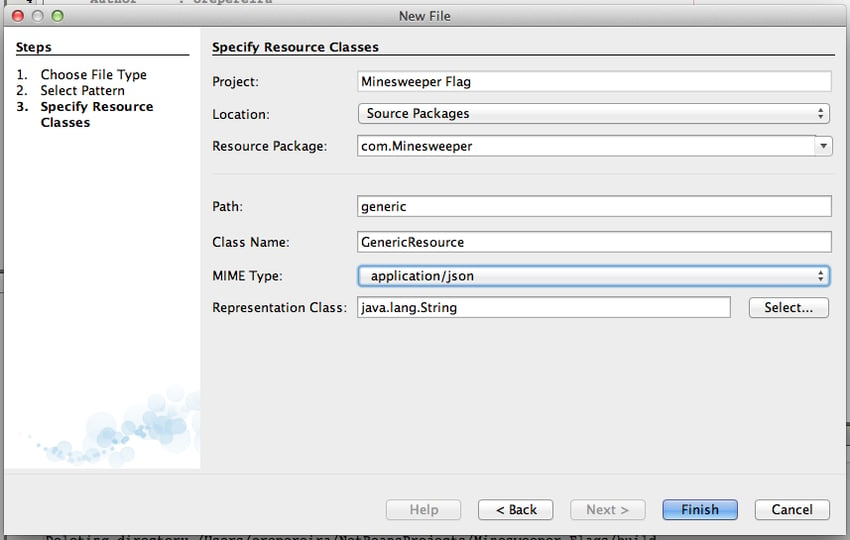 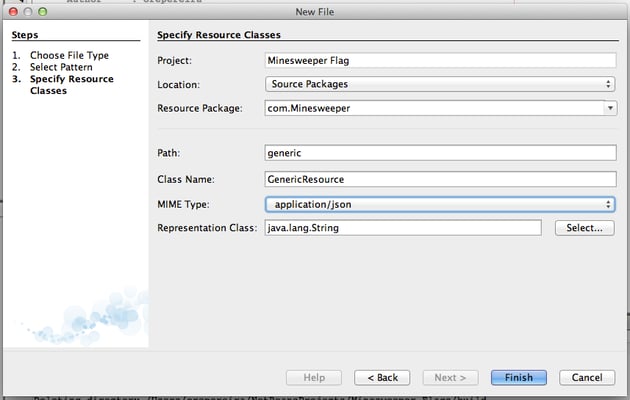 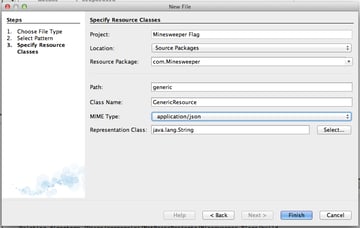 Choose a resource package and define the Path for the root container of all services. Additionally, choose the MIME type. For this tutorial, the authors have selected the JSON data-interchange format.

Additionally, two more methods were added in order to separate the data logic layer with the database layer; CreateConnection() and EndConnection(). The following snippets should be included in the MinesweeperService Java class.

Include this at the import section.

Copy and past the following web methods.

As it is necessary to make a connection to the MySQL database, an external MySQL library is necessary. In order to add it to the project, right click in the project name and go to the Properties options. Then choose Libraries and click at Add JAR / folder. 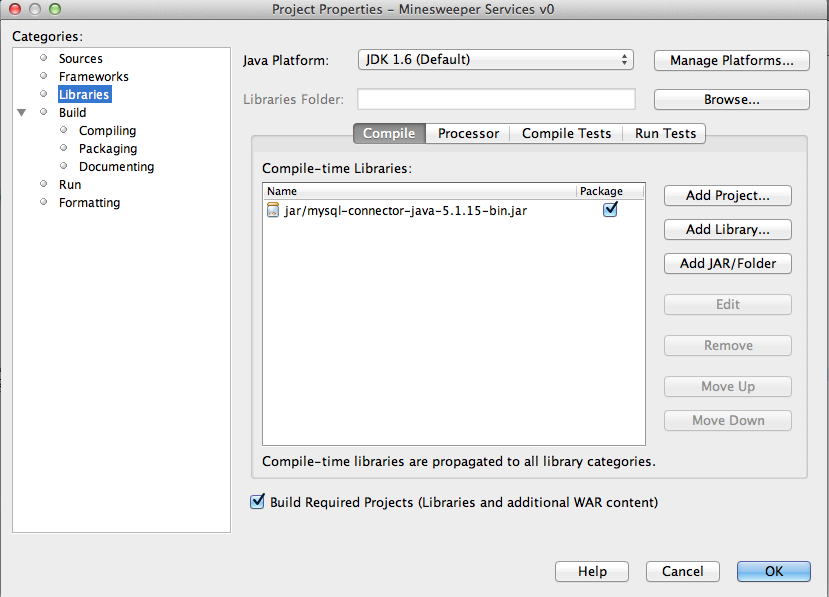 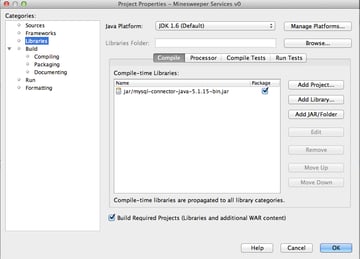 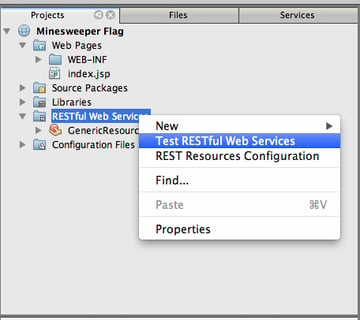 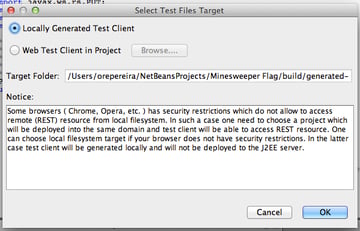 At this point, you should have a server side application that supports connecting with a database, communication with web servers, and the inherent web methods for game interaction.

All operations related to the game can be made using Step 12, although it is not user friendly to do so.

In the second and final installment of this series, we will explain how to create a client-side, native iOS application that will connect with and consume the web server data. Stay tuned for part 2!

Jorge Costa and Orlando Pereira
Jorge Costa and Orlando Pereira are two Portuguese web and mobile developers. They both graduated in Informatics Engineering at the University of Beira Interior, Portugal. Currently, they have several projects together, in the fields of mobile and heterogeneous computing, namely using iOS frameworks and devices.
Opereira
Weekly email summary