This is the third installment of our Cocos2D tutorial series on cloning Centipede for iOS. In today's tutorial we will begin coding the Caterpillar object and motion. Make sure you have completed the previous parts before beginning.

In the last tutorial, I showed you how to build the Sprout field for the game area. You also learned how to create some basic user interface elements using Cocos2D.

Today, we will be getting our hands dirty and creating the core object in the game: the Caterpillar. The Caterpillar is the most complex object in our series and we will need two parts to cover it completely. This will be the first part where we initialize the caterpillar with all of its segments and get it to move across the screen. The next part will be more in depth and will discuss the artificial intelligence that drives the caterpillar.

The Caterpillar object will be the most complex of the objects we will create during this tutorial series. It will add numerous properties to our base GameObject class as well as some new init methods.

Start by creating a new file which is a subclass of GameObject called Caterpillar. Paste in the following code into Caterpillar.h:

Before we discuss this code, I want to talk to you about the overall architecture of the caterpillar. I have chosen to implement it as a finite state machine. This means that the Caterpillar's behavior is dependant entirely on its state. Events in the game (such as collisions) will change the Caterpillar's state, thus changing its behavior. For our purposes, we will need to know about its current state as well as its previous state.

Now open up Caterpillar.m and add the following code:

So far, this isn't looking too complex.

We have added anther configuration variable called kCaterpillarLength. Open up GameConfig.h and add this line:

This is just saying that the starting length for the caterpillar is 11 segments long.

As I said before, the caterpillar is just a series of segments. So, let's implement this object and we'll revisit the init method of the Caterpillar to set them up momentarily.

The main thing to note about Segment objects is they need to know their parent AND their previous position. The "head" of the caterpillar will be denoted by a Segment with a nil parent. You could almost think of the Segments as a linked list.

The initWithGameLayer method here should be nothing new. The only addition to this class is we must override setPostion in order to track the previous position. Since we are overriding the setPostion method, we need to make sure to call the super class' version in order to get our sprite moved around.

That's it for the segment, let's now jump back to the Caterpillar's init method and add some code to create its segments.

Open up Caterpillar.m, import Segment.h, and add the following code in your initWithGameLayer method inside of the main if statement:

Although the game starts off with a single Caterpillar, it becomes multiple caterpillars once hit by the player. That being said, your GameLayer must be able to support an unlimited number of Caterpillar objects.

Open up GameLayer.h and add the following property:

This will create a single Caterpillar object at the starting location and add it to the caterpillars array.

In Cocos2D, you can hook into the main game loop by scheduling one of your methods to be called on each tick.

Open GameLayer.m and add the following code to your init method:

This tells Cocos2D to call the method called update: on every tick of the game loop. Now, let's implement this update method by adding the following code:

In this code, we simply enumerate all of the Caterpillar objects and call their update methods. The Caterpillar will then take it from here.

Let's jump back to Caterpillar.m and add the following update: method:

The last step to get this caterpillar moving is to override the setPosition method. Add the following code to Caterpillar.m:

Now run your code and you should see the caterpillar moving along the top of the game area. 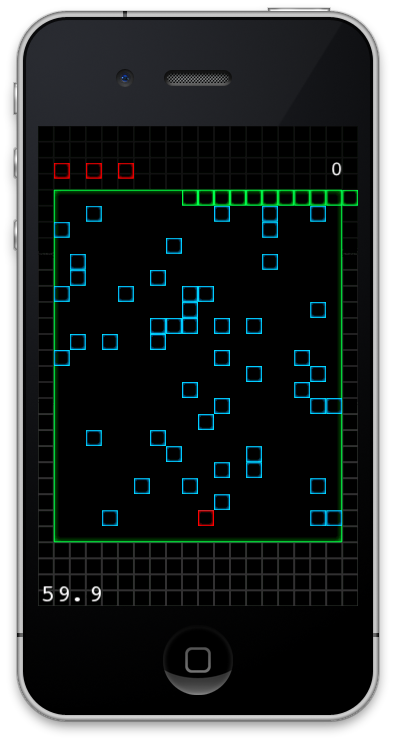 You now have a moving caterpillar in Cocos2D. Currently, you will notice that the caterpillar just moves right off the screen when it approaches the edge. This will be addressed next time.

In the next tutorial in the series, we will look at how the caterpillar interacts with each of the walls as well as the sprouts. I will show you how a collision will modify the caterpillar's state and cause it to react. 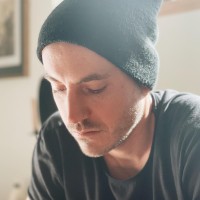 Brandon Trebitowski
Brandon Trebitowski is a software developer and author from Albuquerque, New Mexico. Brandon holds a BS in Computer Science from The University of New Mexico and has been developing software for the last 8 years. In August of 2008, he started iCodeBlog.com to teach aspiring developers how to write software for the iPhone. After the blog was acquired by ELC Technologies in December of 2008, he began working full time for them developing mobile software. Brandon has a strong passion for programming and loves sharing it with others.
Weekly email summary
Subscribe below and we’ll send you a weekly email summary of all new Code tutorials. Never miss out on learning about the next big thing.
Advertisement
Download Attachment
Translations