Understanding layouts is important for good Android application design. In this tutorial, we provide an overview of how layouts fit into the Android application architecture. We also explore some of the specific layout controls available for organizing application screen content in a variety of interesting ways.

What Is A Layout?

Android developers use the term layout to mean one of two things. Both definitions apply to this tutorial, and are, unfortunately used interchangeably in the Android development community. The two definitions of layout are:

Android user interfaces can be defined as layout resources in XML or created programmatically. 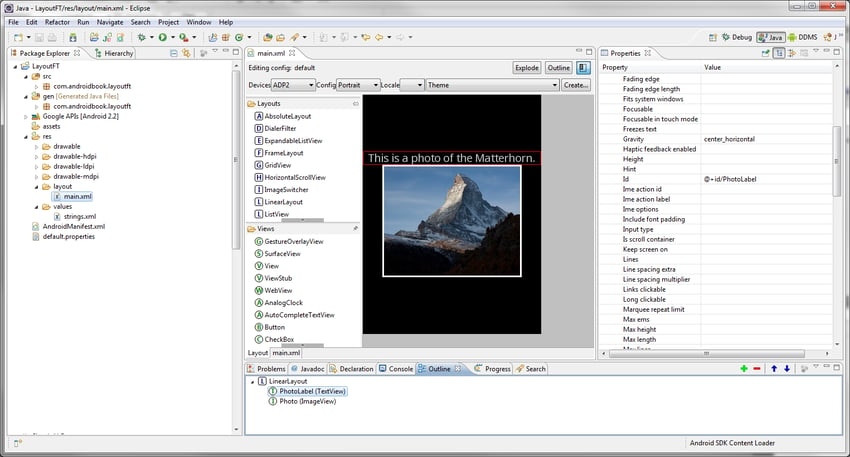 Here are some tips for working with the layout resource designer in Eclipse:

It’s important to remember that the Eclipse layout resource designer preview can’t replicate exactly how the layout will appear to end users. For this, you must test your application on a properly configured emulator and, more importantly, on your target devices. Also, certain “complex” controls, including tabs or video viewers, cannot be previewed within Eclipse.

The most convenient and maintainable way to design application user interfaces is by creating XML layout resources. This method greatly simplifies the UI design process, moving much of the static creation and layout of user interface controls and definition of control attributes, to the XML, instead of littering the code. It creates a potential distinction between UI designers (who concern themselves more with layout) and developers (who know Java and implement application functionality). Developers can still alter the content of a screen programmatically when necessary. Complex controls, like ListView or GridView, are usually populated with data programmatically.

The following is a simple XML layout resource, a template with a LinearLayout containing a TextView and an ImageView, defined in XML:

This layout represents a simple screen with two controls: first some text and then an image below it. These controls are organized within a vertically oriented LinearLayout. The following two figures show what this layout might look like on a device in both portrait and landscape modes: 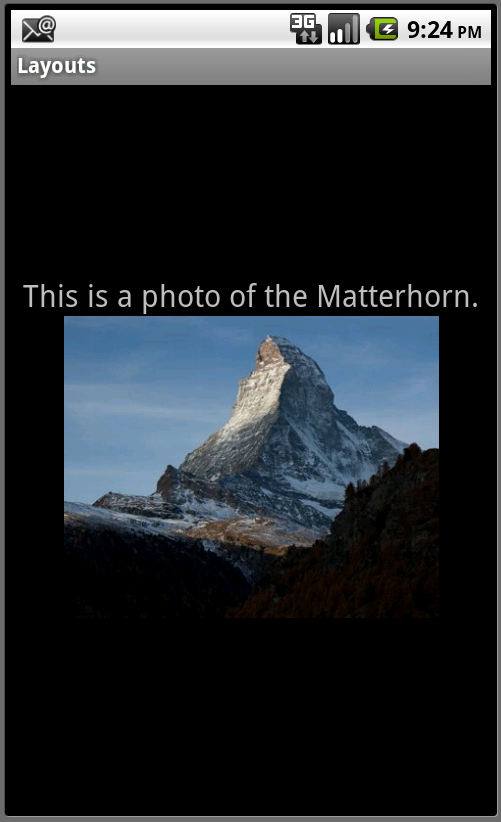 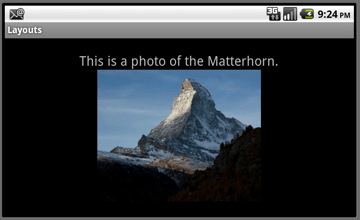 Within the Activity, only a single line of code within the onCreate() method is necessary to load and display a layout resource on the screen. If the layout resource was stored in the /res/layout/main.xml file, that would be:

You can also programmatically create user interface components. For organization and maintainability, this is best left for the odd case rather than the norm. Instead of loading a layout resource directly using the setContentView() method, you must instead build up the screen contents and then supply a parent layout object which contains all the control contents to display as child views to the setContentView() method.

For example, the following code illustrates how to programmatically have an Activity instantiate a LinearLayout view and place two TextView objects within it. No resources whatsoever are used.

As you can see, the code can rapidly grow in size as more controls are added to the screen, making screen contents more difficult to maintain or reuse.

Now let’s turn our attention to those helpful layout controls that organize other controls. The most commonly used layout classes are: 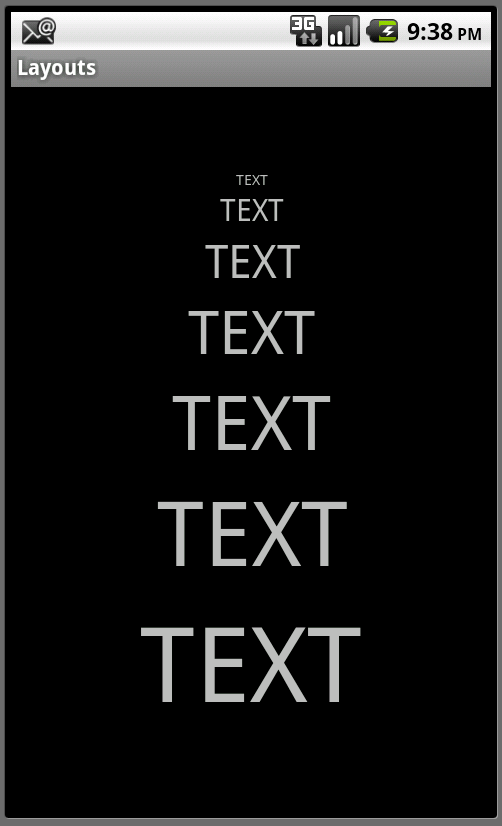 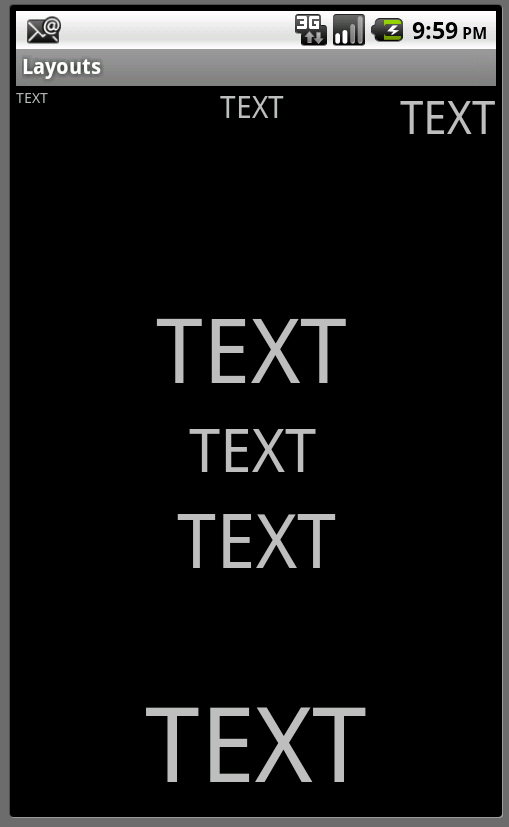 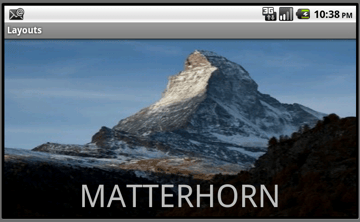 Consider device differences when designing your application layout resources. It is often possible to design flexible layouts that look fine on a variety of different devices, in both portrait and landscape modes. When necessary, you can include alternative layout resources to handle special cases. For example, you could provide different layouts to load depending upon the orientation of the device or whether or not the device has a large screen (e.g. an internet tablet).

For more information on how to use alternative resources, see the Android SDK documentation on Android Resources.

Android application user interfaces are defined using layouts. There are a number of different types of layout types that can be used to organize controls on a screen, or portion of a screen. Layouts can be defined using XML resources, or programmatically at run-time in Java. Alternative layouts can be loaded under special circumstances, such as to provide an alternative user interface in portrait versus landscape mode. Finally, designing good layouts is important for application performance; use Android SDK tools like the Hierarchy Viewer and layoutopt to debug and optimize your application layouts.