If you're interested in learning Android SDK development but are unfamiliar with Java or just in need of a refresher, you can prepare for this session by reading the Learn Java for Android Development series previously published by Mobiletuts+.

Your machine may already have a Java Runtime environment installed, but it doesn't hurt to install the JDK to make sure you’ve got everything you need. We'll be using the Oracle Java Development Kit. Go to the oracle download page and choose the Java Platform link. 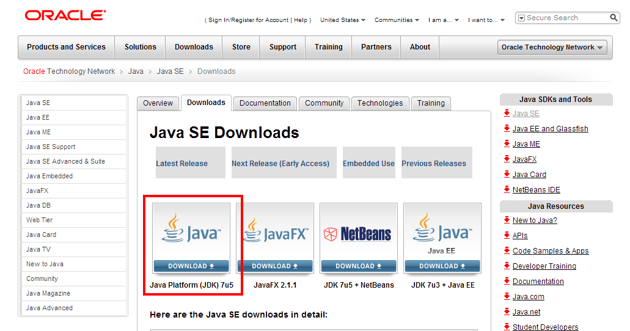 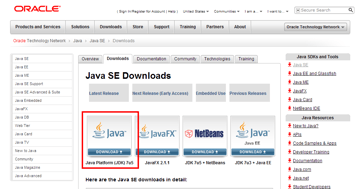 On the next page, scroll down and choose your platform and accept the licensing agreement. For Windows users, you simply need to choose whether you're running a 32-bit or 64-bit version of the operating system. Don't know? See the next, bonus step to find out.

Note: You may need to create an Oracle account to continue downloading the JDK.

Once the binary is downloaded, run it to complete your JDK setup. 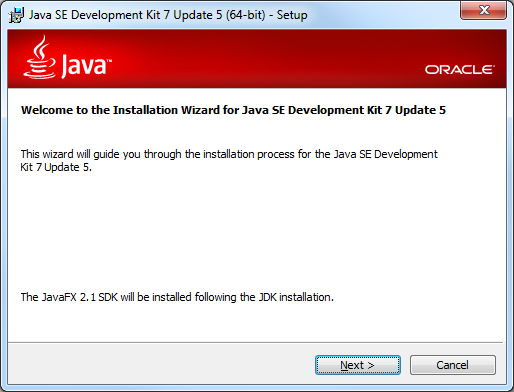 Follow the installation steps, clicking Next until you've successfully installed the JDK.

Bonus Step: Determining Which Version of Windows You are Running

To determine if you're running the 32-bit or 64-bit version of Windows, simply open the Control Panel, choose System and Security, then choose 64. From there you can see which version you're running. 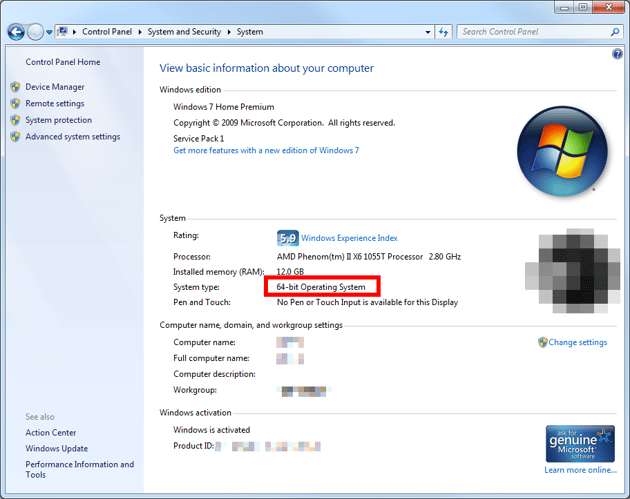 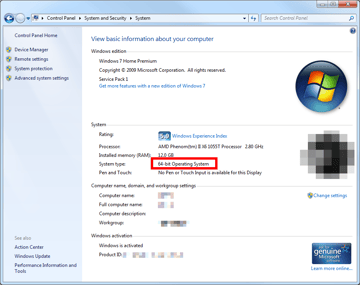 Next, you need to install Eclipse in order to create your Android projects. Although Eclipse isn't the only development environment you can use to create Android apps, it has the best support from the Android team and is the easiest for getting started.

Start by going to Eclipse.org and find one of the download links. 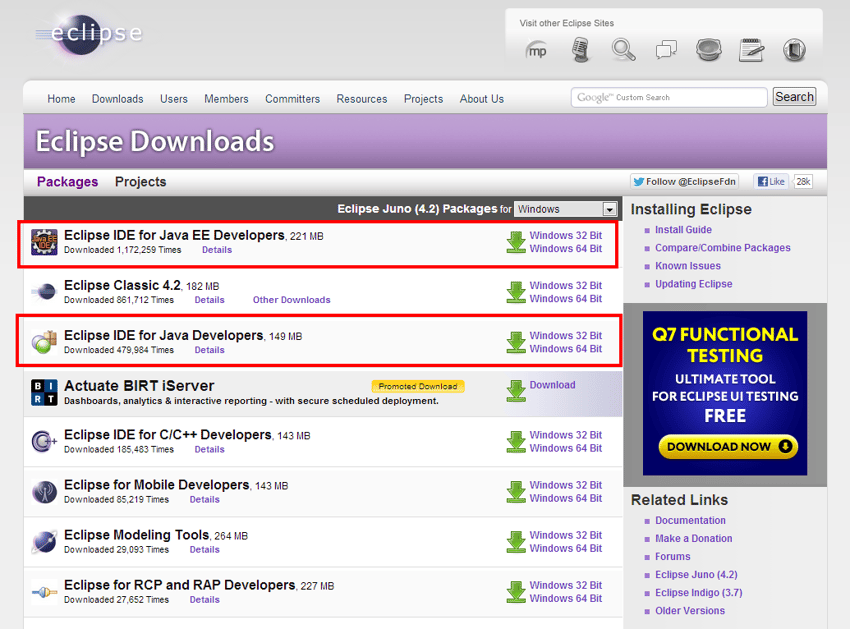 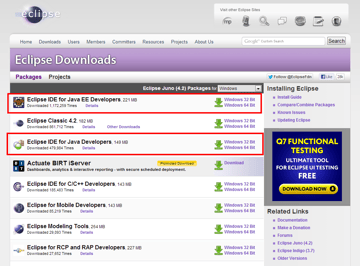 When you have finished downloading the Eclipse package, you'll simply have a zip file. Unlike most Windows applications, Eclipse does not use an installer. Instead, simply unzip the file (double-click and choose Extract all files works on most versions of Windows these days). You'll want to put it in a fairly short path name/directory such as "c:\dev\tools\eclipse".

When you finish extracting and placing the Eclipse directory in a good location, find eclipse.exe executable file in the Extracted directory and double-click it to launch Eclipse for the first time.

You may need to pass through a Windows security check at this point. We usually uncheck the box so we won’t be asked every time we launch Eclipse. 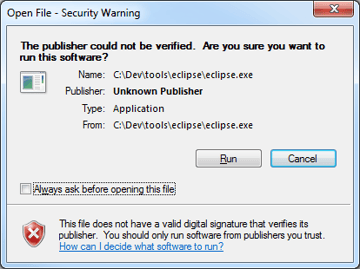 Seeing the Eclipse splash screen displayed on your screen is a good sign: 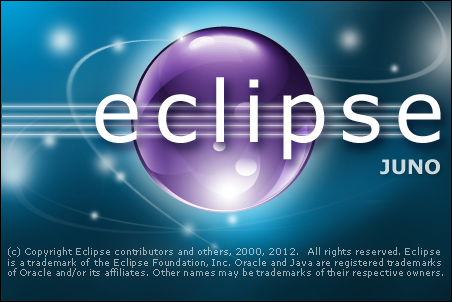 When you see the welcome screen, you're ready to move on to the next tutorial to install the Android SDK. 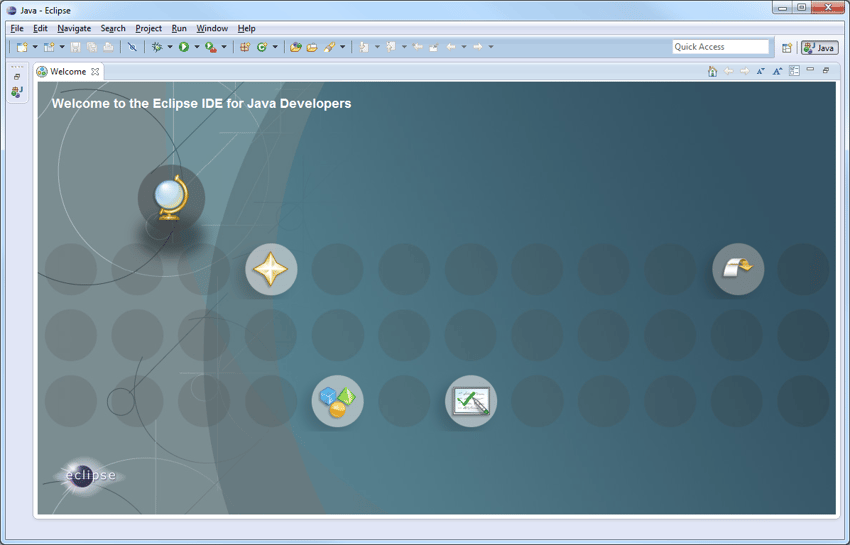 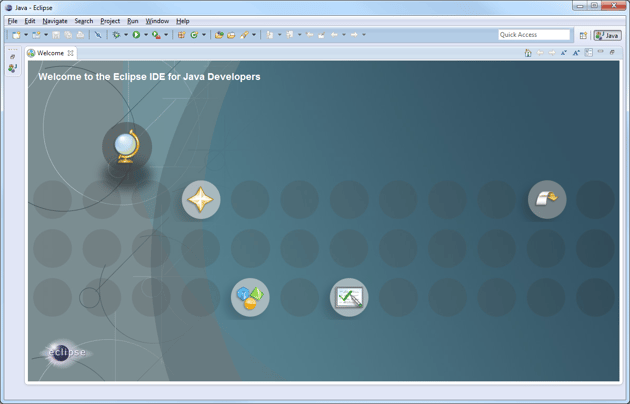 Your development machine is now ready for the Android SDK. In the next tutorial, you'll learn how to install and configure the Android SDK for app development. In the meantime, you might considering familiarizing yourself with Eclipse.

You're on your way to becoming an Android SDK developer. What kinds of apps are you looking forward to creating? Let us know in the comments!