Android libraries can be packaged and reused in other Android applications using the new Android Library feature of the Android SDK. In this quick tutorial, you will learn how to create simple Android library files that can be reused in multiple projects and increase developer efficiency.

For a long time, Android developers have struggled with how to organize their Android code such that it can be easily reused and support multiple build targets. Now in the Android SDK Tools r14 for Eclipse, we can easily create Android compatible libraries and reference them within Android applications, making code organization and reuse simple and straightforward.

For a library to be compatible with Android, it can only reference classes available as part of Android and other classes implemented specifically in the library itself. See the Android Developer website SDK reference for a complete list of packages available for use with Android applications at: https://d.android.com/reference/packages.html.

Android Libraries can contain Java classes, resources, and other project information, but not assets. They can reference other libraries and leverage third party JAR files. They have Android manifest files just like regular Android projects. However, they differ from normal Android projects in an important way: they cannot be compiled into their own application packages or deployed onto devices. They can also not be exported as standalone JAR files.

This tutorial assumes you are using the Eclipse development environment popular with Android developers with recent versions of the Android SDK Tools (r14 or newer). The steps described use the latest version available, which, at this point, is Eclipse Indigo (3.7). The steps may vary slightly with different versions of the tools.

First, create a new Android project. You can do this by launching the Android project wizard in Eclipse (File, New, Project, Android, Android Project). Add any classes and resources you would like to it.

Make sure to set the API level within your library appropriately in the Android Manifest file in order to ensure compatibility with Android projects. Set the lowest API Level possible.

Step 4: Mark as a Library Project

Any Android project can be marked as an Android Library.

To mark an Android project as a Library in Eclipse, navigate to the Project, Properties, Android and check the checkbox for Is Library, as shown here: 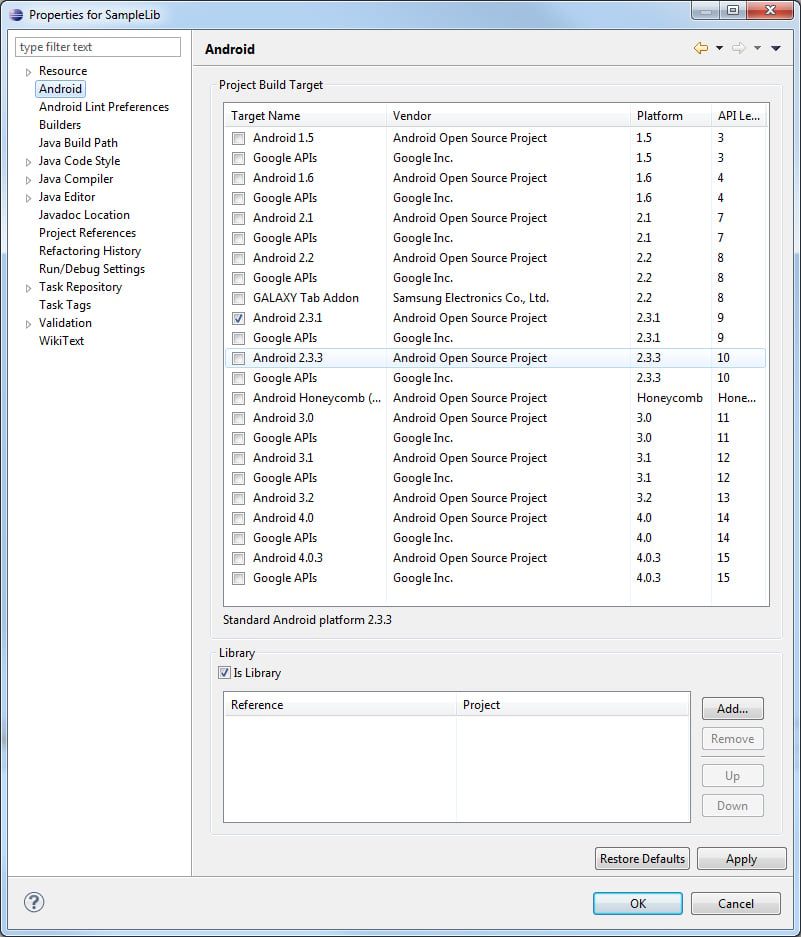 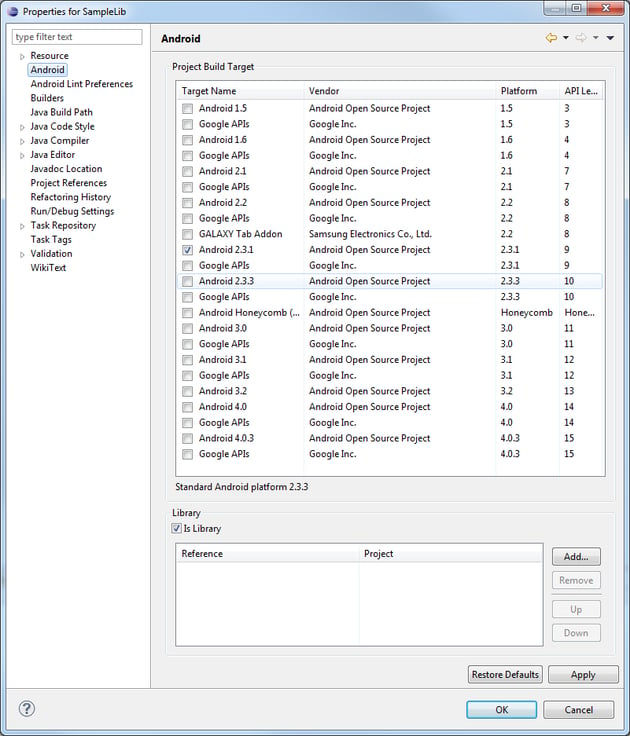 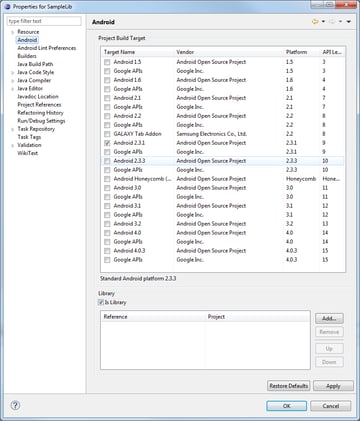 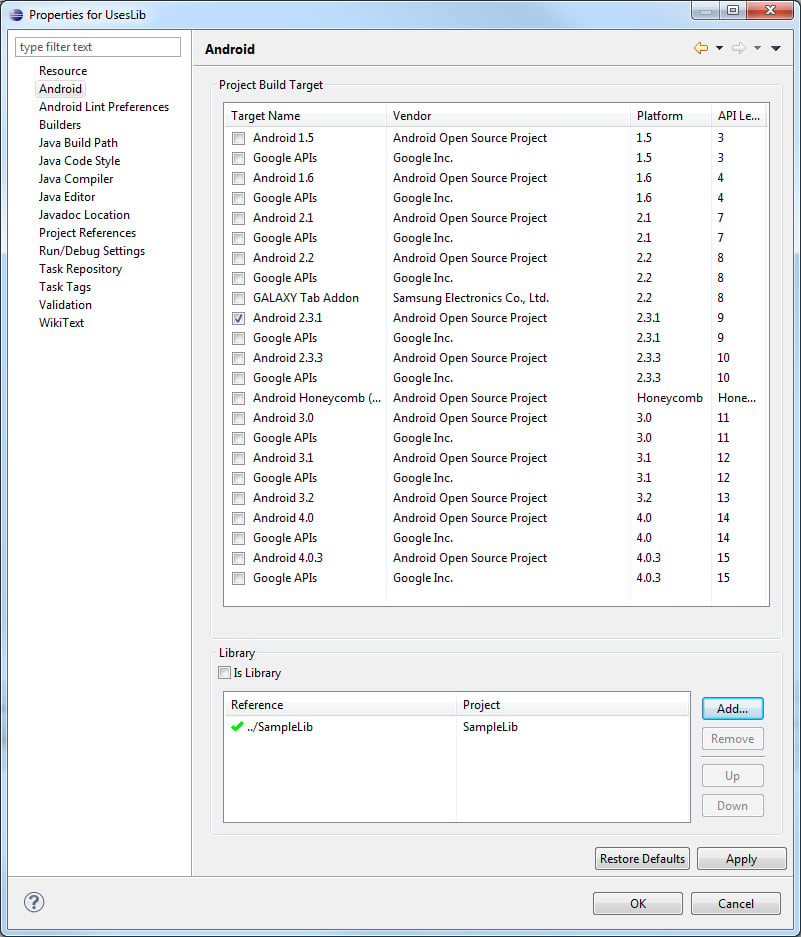 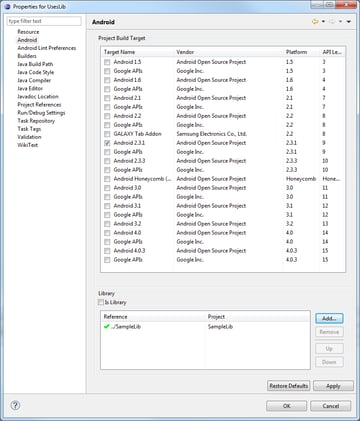 If your application references multiple Android libraries, you can set the relative priority of each library to resolve resource conflicts.

Now that you have successfully linked the Android library to your project, you should be able to use the classes by name just as you would the core Android SDK classes. Remember you can use Ctrl+Shift+O to organize your imports in your Java classes!

Again, you will have to declare all application components used in the application that are sourced from the Android library in the Android Manifest file. You will need to use the fully qualified package names to reference these library components.

Android libraries are a convenient way to share code amongst multiple Android projects in Eclipse. Although there are some limitations and they are not fully-fledged standalone JAR files, libraries are a welcome feature of now enabled in the latest Android SDK tool chain for organizing code.

Have you made any useful and publicly available Android libraries for developers? If so, let us know in the comments!