A Primer on ES7 Async Functions

If you've been following the world of JavaScript, you've likely heard of promises. There are some great tutorials online if you want to learn about promises, but I won't explain them here; this article assumes you already have a working knowledge of promises.

In ECMAScript 7, this will become more than some fanciful dream: It will become reality, and I will show you that reality—called async functions—right now. Why are we talking about this now? After all, ES6 hasn't even been completely finalized, so who knows how long it will be before we see ES7. The truth is you can use this technology right now, and at the end of this post, I will show you how.

The Current State of Affairs

For our first example, we'll do something really simple: calling an asynchronous function and logging the value it returns.

Now that we have that basic example defined, let's jump into something a bit more complicated. I'll be using and modifying examples from a post on my own blog that goes through some patterns for using promises in different scenarios. Each of the examples asynchronously retrieves an array of values, performs an asynchronous operation that transforms each value in the array, logs each new value, and finally returns the array filled with the new values.

First, we'll look at an example that will run multiple asynchronous operations in parallel, and then respond to them immediately as each one finishes, regardless of the order in which they finish. The getValues function is the same one from the previous example. The asyncOperation function will also be reused in the upcoming examples.

We can do the exact same thing, but make sure the logging happens in the order of the elements in the array. In other words, this next example will do the asynchronous work in parallel, but the synchronous work will be sequential:

Our final example will demonstrate a pattern where we wait for a previous asynchronous operation to finish before starting the next one. There is nothing running in parallel in this example; everything is sequential.

Even with the ability of promises to reduce callback nesting, it doesn't really help much. Running an unknown number of sequential asynchronous calls will be messy no matter what you do. It's especially appalling to see all of those nested return keywords. If we passed the newValues array through the promises in the reduce's callback instead of making it global to the entire foo function, we'd need to adjust the code to have even more nested returns, like this:

Don't you agree we need to fix this? Let's look at the solution.

Async Functions to the Rescue

How Do We Use Them?

The first thing that we need to do is prefix our functions with the async keyword. Without this keyword in place, we cannot use the all-important await keyword inside that function, which I'll explain in a bit.

We haven't even gotten to the best part and we've already made our code more like synchronous code because we were able to stop explicitly messing around with the Promise object. We can take any function and make it return a Promise object just by adding the async keyword to the front of it.

Let's go ahead and convert our getValues and asyncOperation functions:

Easy! Now, let's take a look at the best part of all: the await keyword. Within your async function, every time you perform an operation that returns a promise, you can throw the await keyword in front of it, and it'll stop executing the rest of the function until the returned promise has been resolved or rejected. At that point, the await promisingOperation() will evaluate to the resolved or rejected value. For example:

There is only one question remaining: How do we resolve failures? The answer to that question is simple: All we need to do is wrap it in a try...catch block. If one of the asynchronous operations gets rejected, we can catch that and handle it:

Now that we've hit on all the basics, let's go through our previous promise examples and convert them to use async functions.

The first example above created getValues and used it. We've already re-created getValues so we just need to re-create the code for using it. There is one potential caveat to async functions that shows up here: The code is required to be in a function. The previous example was in the global scope (as far as anyone could tell), but we need to wrap our async code in an async function to get it to work:

Even with wrapping the code in a function, I still claim it's easier to read and has fewer bytes (if you remove the comment). Our next example, if you remember correctly, does everything in parallel. This one is a little bit tricky, because we have an inner function that needs to return a promise. If we're using the await keyword inside of the inner function, that function also needs to be prefixed with async.

You may have noticed the asterisk attached to the last await keyword. This seems to still be up for debate a bit, but it looks like await* will essentially auto-wrap the expression to its right in Promise.all.  Right now, though, the tool we'll be looking at later doesn't support await*, so it should be converted to await Promise.all(newValues); as we're doing in the next example.

The next example will fire off the asyncOperation calls in parallel, but will then bring it all back together and do the output sequentially.

I love that. That is extremely clean. If we removed the await and async keywords, removed the Promise.all wrapper, and made getValues and asyncOperation synchronous, then this code would still work the exact same way except that it'd be synchronous. That's essentially what we're aiming to achieve.

Our final example will, of course, have everything running sequentially. No asynchronous operations are performed until the previous one is complete.

Once again, we're making an inner function async. There is an interesting quirk revealed in this code. I passed [] in as the "memo" value to reduce, but then I used await on it. The value to the right of await isn't required to be a promise. It can take any value, and if it isn't a promise, it won't wait for it; it'll just be run synchronously. Of course, though, after the first execution of the callback, we'll actually be working with a promise.

This example is pretty much just like the first example, except that we're using reduce instead of map so that we can await the previous operation, and then because we are using reduce to build an array (not something you'd normally do, especially if you're building an array of the same size as the original array), we need to build the array within the callback to reduce.

Now that you've gotten a glimpse of the simplicity and awesomeness of async functions, you might be crying like I did the first time I saw them. I wasn't crying out of joy (though I almost did); no, I was crying because ES7 won't be here until I die! At least that's how I felt. Then I found out about Traceur.

Traceur is written and maintained by Google. It is a transpiler that converts ES6 code to ES5. That doesn't help! Well, it wouldn't, except they've also implemented support for async functions. It's still an experimental feature, which means you'll need to explicitly tell the compiler that you're using that feature, and that you'll definitely want to test your code thoroughly to make sure there aren't any issues with the compilation.

Using a compiler like Traceur means that you'll have some slightly bloated, ugly code being sent to the client, which isn't what you want, but if you use source maps, this essentially eliminates most of the downsides related to development. You'll be reading, writing, and debugging clean ES6/7 code, rather than having to read, write, and debug a convoluted mess of code that needs to work around the limitations of the language.

Of course, the code size will still be larger than if you had hand-written the ES5 code (most likely), so you may need to find some type of balance between maintainable code and performant code, but that is a balance you often need to find even without using a transpiler.

Traceur is a command-line utility that can be installed via NPM:

In general, Traceur is pretty simple to use, but some of the options can be confusing and may require some experimentation. You can see a list of the options for more details. The one we're really interested in is the --experimental option.

You need to use this option to enable the experimental features, which is how we get async functions to work. Once you have a JavaScript file (main.js in this case) with ES6 code and async functions included, you can just compile it with this:

You can also just run the code by omitting the --out compiled.js. You won't see much unless the code has console.log statements (or other console outputs), but at the very least, you can check for errors. You'll likely want to run it in a browser, though. If that's the case, there are a few more steps you need to take.

After this, your code should be up and running!

Beyond just using the Traceur command-line tool, you can also automate the compilation so you don't need to keep returning to your console and re-running the compiler. Grunt and Gulp, which are automated task runners, each have their own plugins that you can use to automate Traceur compilation: grunt-traceur and gulp-traceur respectively.

Each of these task runners can be set up to watch your file system and re-compile the code the instant you save any changes to your JavaScript files. To learn how to use Grunt or Gulp, check out their "Getting Started" documentation.

ES7's async functions offer developers a way to actually get out of callback hell in a way that promises never could on their own. This new feature allows us to write asynchronous code in a way that is extremely similar to our synchronous code, and even though ES6 is still awaiting its full release, we can already use async functions today through transpilation. What are you waiting for? Go out and make your code awesome! 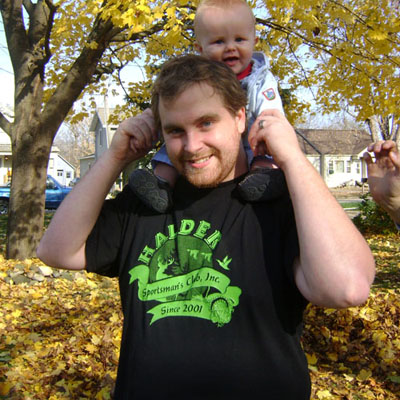 Joe Zimmerman
I have been doing web development ever since I found an HTML book on my dad's shelf when I was 12. Since then, JavaScript's popularity has grown and so has my passion for it. I also love to teach others though blogging, here and elsewhere. When I'm not writing code, I'm spending time with my wife and children and leading them in God's Word.
joezimjs
Weekly email summary