PHP is the most widely-used language for programming on the web. Here are thirty best practices for beginners wanting to gain a firmer grasp of the fundamentals.

Editor's Note: The "Best Practices" series has been my baby for three articles now. However, due to my focus on the CI video series, I've decided to hand off this next entry to Glen. Having said that, I'm not very good at keeping my mouth shut! I thought it might be fun to sporadically add a few rebuttals to his tips. I hope he doesn't mind!

By the way, if you're not confident about implementing some of this stuff yourself, you can find PHP experts on Envato Studio to help you. They can fix errors or customize your site for you, and they're experienced developers so they'll follow best practices while completing the work.

If you're new to PHP, then it's time to get acquainted with the awesomeness that is the PHP manual. The PHP manual is incredibly thorough and has truly helpful comments following each article. Before asking questions or trying to figure out an issue on your own, save some time and just head straight to the manual. Odds are the answer to your question is already nestled in a helpful article at the PHP.net site.

Error reporting in PHP is very helpful. You'll find bugs in your code that you might not have spotted earlier, as not all bugs keep the application from working. There are different levels of strictness in the reporting that you can use, but E_ALL will show you the most errors, critical and warnings alike.

Once you've gotten your application ready for production, you'll want to turn off error reporting, or your visitors will see strange errors that they don't understand.

IDE's (Integrated Development Environments) are helpful tools for any developer. While they're not for everyone, an IDE definitely has its place. IDE's provide tools like

And many other features. There are plenty of great IDEs out there that support PHP.

You can learn a lot about PHP just by experimenting with PHP frameworks. Frameworks like CakePHP or CodeIgniter allow you to quickly create PHP applications, without having to be an expert with PHP. In a sense, they're almost like PHP training wheels that show you what a PHP application should look like, and show you valuable programming concepts (like separating the logic from the design, etc.).

There are some specialized frameworks available on Envato Market, too, such as Blaze and Frameworx.

Rebuttal: I personally wouldn't recommend that beginners use a framework. Learn the fundamentals first. :)

DRY stands for Don't Repeat Yourself, and it's a valuable programming concept, no matter what the language. DRY programming, as the name implies, is ensuring that you don't write redundant code. Here's an example from Reinhold Weber:

now with the DRY approach:

You can read more about the DRY programming principle here and here.

6. Indent Code and Use White Space for Readability

If you don't use indentations and white space in your code, the result looks like a Jackson Pollack painting. Ensure that your code is readable and easy to search because you'll most definitely be making changes in the future. IDEs and advanced text editors can add indentation automatically.

Tiering your applications is nothing more than separating the different components of the code into different parts. This allows you to easily change your code in the future. NETTUTS writer Jason Lengstorf has written an excellent article on how to tier your PHP applications for easier maintenance.

Often times programmers try to take shortcuts when declaring PHP. Here are a few common ones:

While these do save a few characters, all of these methods are depreciated and unofficial. Stick with the standard <?php ?> as it will be guaranteed to be supported in all future versions.

Naming this isn't just for your own good. There's nothing worse than trying to find your way through some other programmer's nonsensical naming conventions. Help yourself and others by using names that make sense for your classes and functions.

Aside from using white space and indentations to separate the code, you'll also want to use inline comments to annotate your code. You'll thank yourself later when you're needing to go back and find something in the code, or if you just can't remember what a certain function did. It's also useful for anyone else who needs to look over your code.

MySQL is the most popular type of database to use with PHP (though it's not the only one). If you're wanting to set up a local environment to develop and test your PHP applications on your computer, look into installing MAMP (Mac) or WAMP (Windows). Installing MySQL on your own computer can be a tedious process, and both of these software packages are drop-in installs of MySQL. Clean and simple.

12. Give your Scripts Limits

Putting a time limit on your PHP scripts is a very critical thing. There are times when your scripts will fail, and when they do, you'll want to use the set_time_limit function to avoid infinite loops and database connection timeouts. The set_time_limit puts a time limit on the maximum number of seconds a script will run (the default is 30). After that time period, a fatal error is thrown.

14. Know the Difference Between Single and Double Quotes

Phpinfo is a beautiful thing. By simply creating a PHP file that has

and dropping it onto the sever somewhere, you can instantly learn everything about your server environment. However, a lot of beginners will place a file containing phpinfo() in the webroot of the server. This is a really insecure practice, and if prying eyes gain access, it could potentially spell doom for your server. Make sure phpinfo() is in a secure spot, and as an extra measure, delete it once you're done.

16. Never, Ever Trust Your Users

If your application has places for user input, you should always assume that they're going to try to input naughty code. (We're not implying that your users are bad people. It's just a good mindset.) A great way to keep your site hacker-free is to always initialize your variables to safeguard your site from XSS attacks. PHP.net has an example of a properly secured form with initialized variables:

Rebuttal: Keep in mind, however, that MD5 hashes have long since been compromised. They're absolutely more secure than not, but, with the use of an enormous "rainbow table," hackers can cross reference your hash. To add even more security, consider adding a salt as well. A salt is basically an additional set of characters that you append to the user's string.

If you're finding it difficult to plan and modify databases for your PHP applications, you might look into using a database visualization tool. MySQL users can work with DBDesigner and MySQL Workbench to visually design your databases. 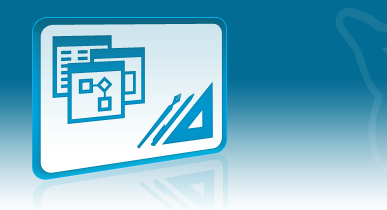 Output buffering is a simple way to greatly improve the performance and speed of your PHP script. Without output buffering, your script will show the HTML on the page as it's processed - in pieces. Adding output buffering allows the PHP to store the HTML as a variable and send it to the browser in one chunk.

To enable output buffering, simply add ob_start() like so at the top of the file.


Rebuttal: Though not required, it's generally considered to be a good practice to go ahead and append the "ob_end_flush();" function as well to the bottom of the document. P.S. Want to compress the HTML as well? Simply replace "ob_start();" with "ob_start('ob_gzhandler')";

Refer to this Dev-tips article for more information.

20. Protect your Script From SQL Injection

If you don't escape your characters used in SQL strings, your code is vulnerable to SQL injections. You can avoid this by either using the mysql_real_escape_string, or by using prepared statements.

Here's an example of mysql_real_escape_string in action:

and a prepared statement:

By using prepared statements, we never embed the user's inputted data directly into our query. Instead, we use the "bind_param" method to bind the values (and escaping) to the query. Much safer, and, notably, faster when executing multiple CRUD statements at once.

There are plenty of ORM libraries for PHP like Propel, and ORM is built into PHP frameworks like CakePHP.

Caching database-driven PHP pages is an excellent idea to improve the load and performance of your script. It's really not all that difficult to create and retrieve static files of content with the help of our good friend ob_start(). Here's an example taken from Snipe.net:

This bit of code will use a cached version of a page that is less than 2 hours old.

23. Use a Caching System

If you're wanting a more robust caching system, there are a few caching scripts for PHP that might be more complete than the above example.

Profiling your code with a tool like xdebug can help you to quickly spot bottlenecks and other potential problems in your PHP code. Some IDEs like Netbeans have PHP profiling capabilities as well.

Once you've gotten the ropes of PHP down, you can start learning about coding to a standard. There are differences between standards out there (say Zend and Pear), and finding one and sticking with it will help with the consistency of your coding in the long run.

28. Keep Functions Outside of Loops

You take a hit of performance when you include functions inside of loops. The larger the loop that you have, the longer the execution time will take. Take the extra time and line of code and place the function outside of the loop.

Some people like to try and make their code more appealing by copying predefined variables to smaller-named variables. This is redundant and could potentially double the memory of your script. Google Code has bad and good examples of variable usage:


Rebuttal: In reference to the comment about "doubling the memory," this actually is a common misconception. PHP implements "copy-on-write" memory management. This basically means that you can assign a value to as many variables as you like without having to worry about the data actually being copied. While it's arguable that the "Good" example exemplified above might make for cleaner code, I highly doubt that it's any quicker.

30. Upgrade to the Latest Version of PHP

While it seems like a common sense thing, many people don't upgrade PHP as often as they should. There are lots of performance increases between PHP 4 and PHP 5. Check your server to make sure you're up to date.

31. Reduce the Number of Database Queries

Any way that you can cut back on the number of database queries, the better your PHP script will perform. There are tools like Stace (Unix) and Process Explorer (Windows) that allow you to find redundant processes and how you might combine them. 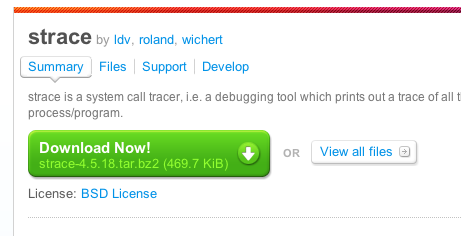 It's only human nature to want to hide the fact that we don't know much about a certain topic. Nobody likes being a n00b! But how are we going to learn without asking? Feel free to use forums, IRC, StackOverflow to ask more seasoned PHP developers questions. The PHP website has a page on getting PHP help.

Have any rebuttals of your own? I'm sure you do! Let's start the debate.