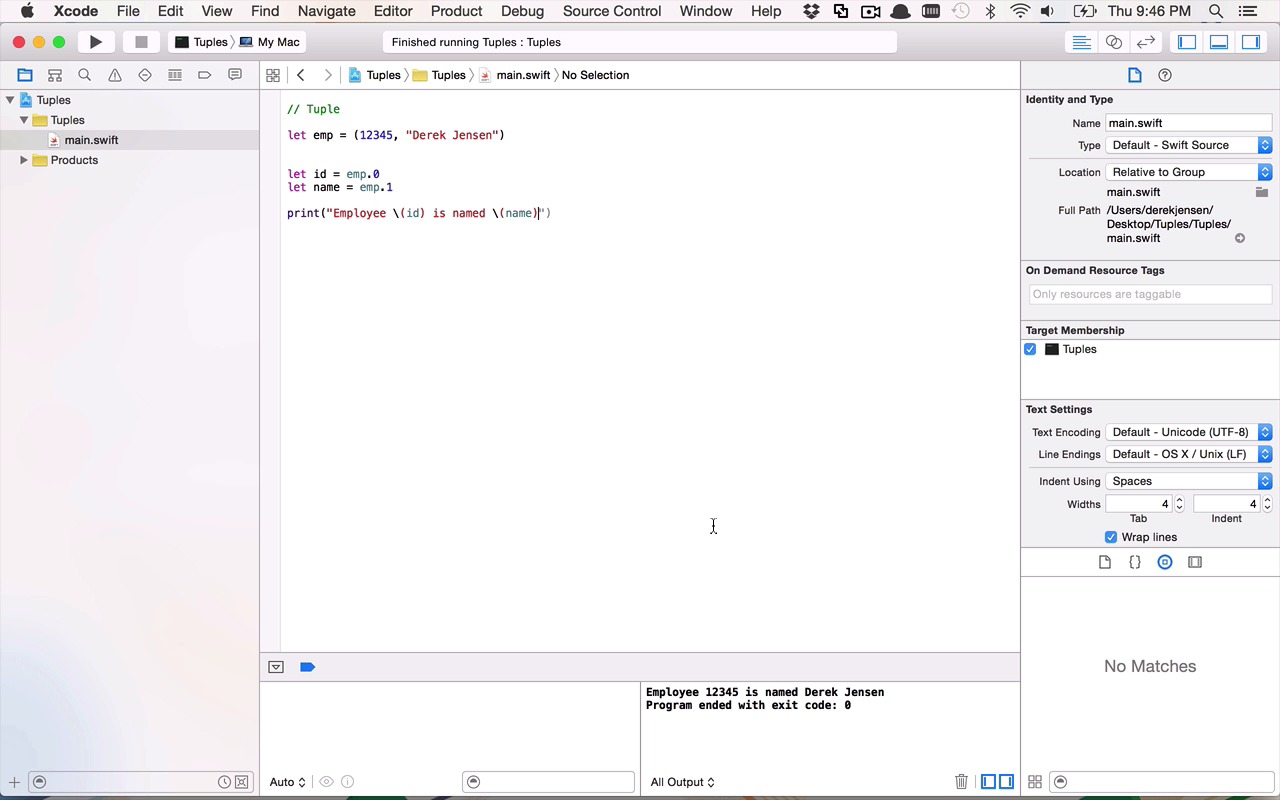 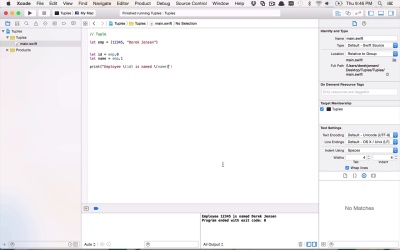 They're very useful, but some languages omit them as the first class collection types—tuples don't always get the respect they deserve. Swift, though, has strong built-in support for tuples. So I've devoted an entire lesson to just tuples! It's not because I feel bad for tuples, it's because so many other capabilities of Swift depend on them. Let's check tuples out now.