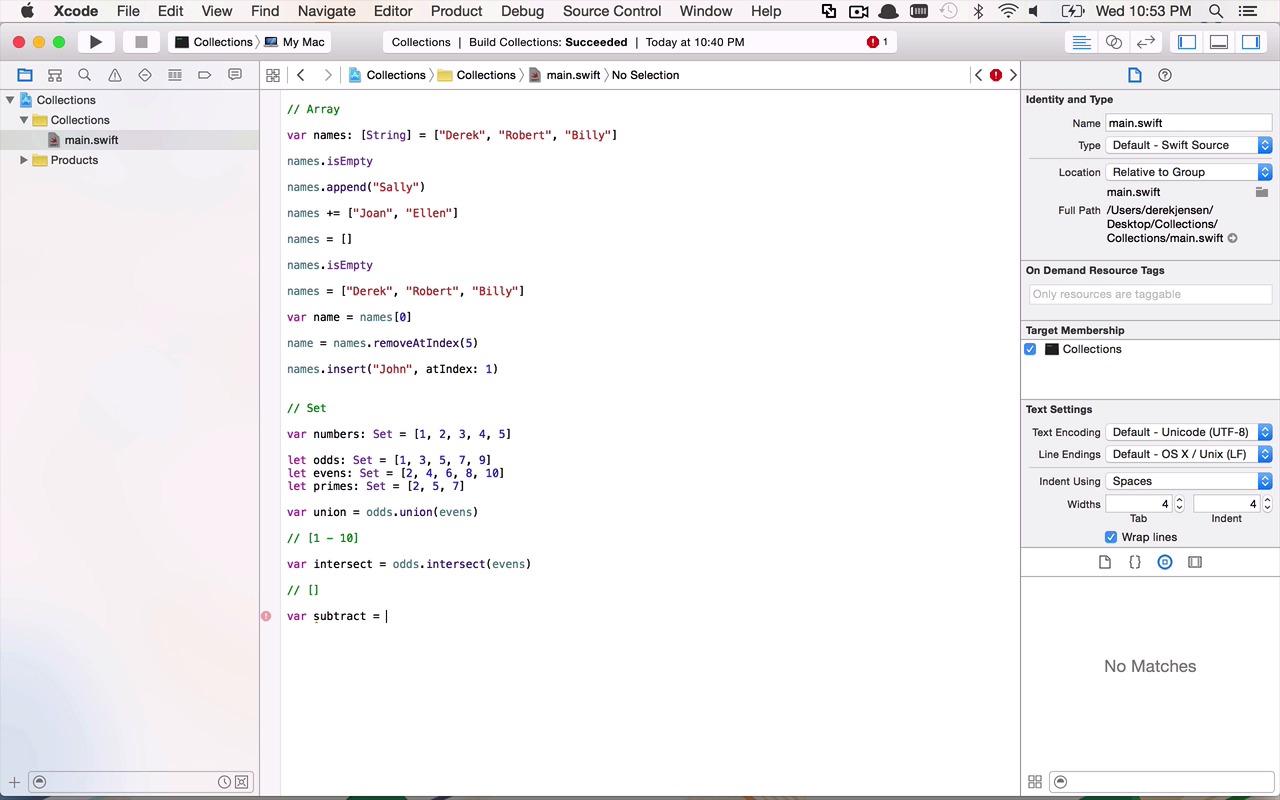 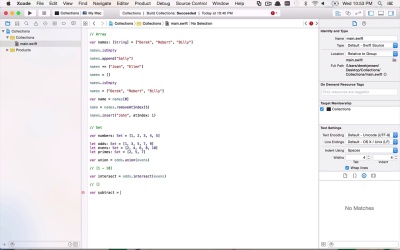 In addition to basic arrays, there are a couple of other important and commonly-used collections types in Swift: sets and dictionaries. In this lesson, I'll introduce the basics of these two collection types, and I'll show you some use cases for them as well.