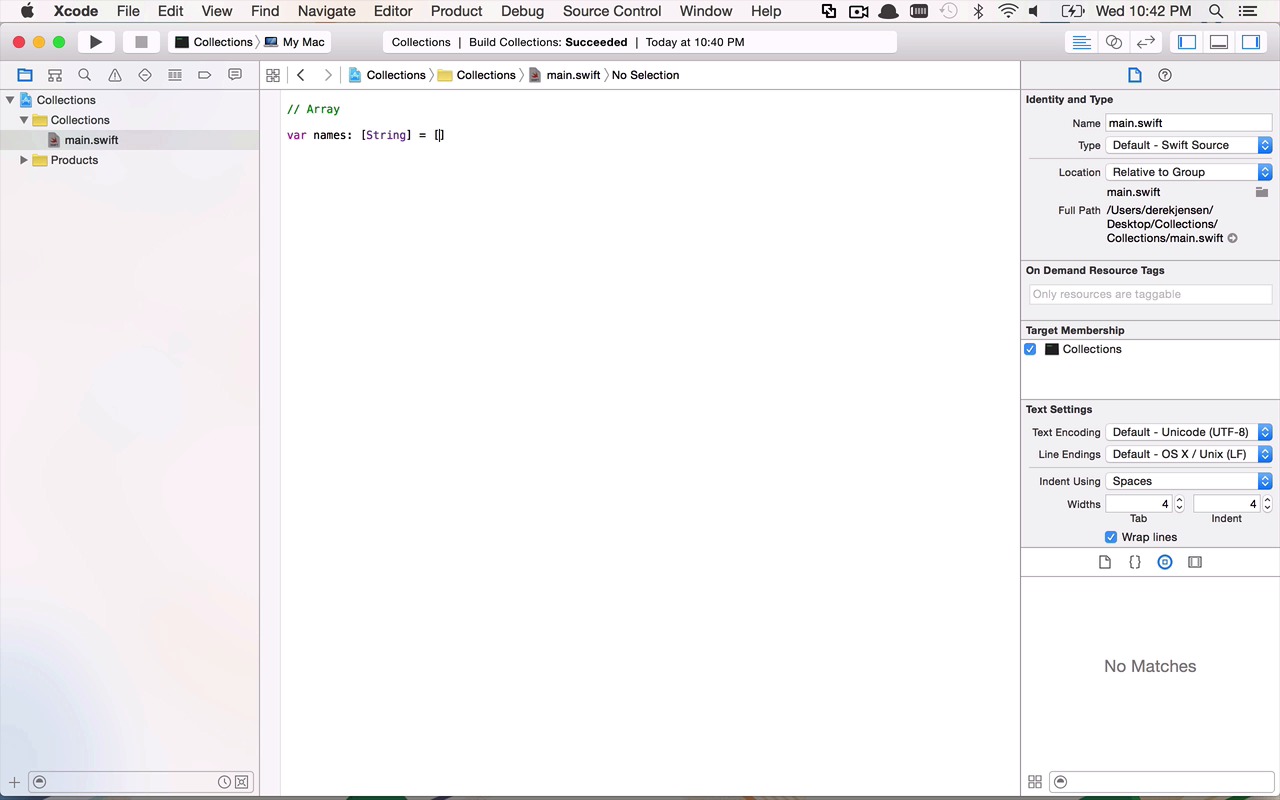 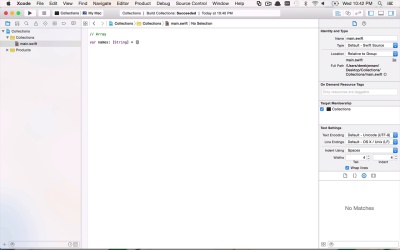 There will definitely come a time when you will want to be able to group together values and work with them as a single entity. Swift handles this with collections. There are several built-in collection types in Swift, with the most foundational being arrays. Let's take a look at some of the basics of arrays now.