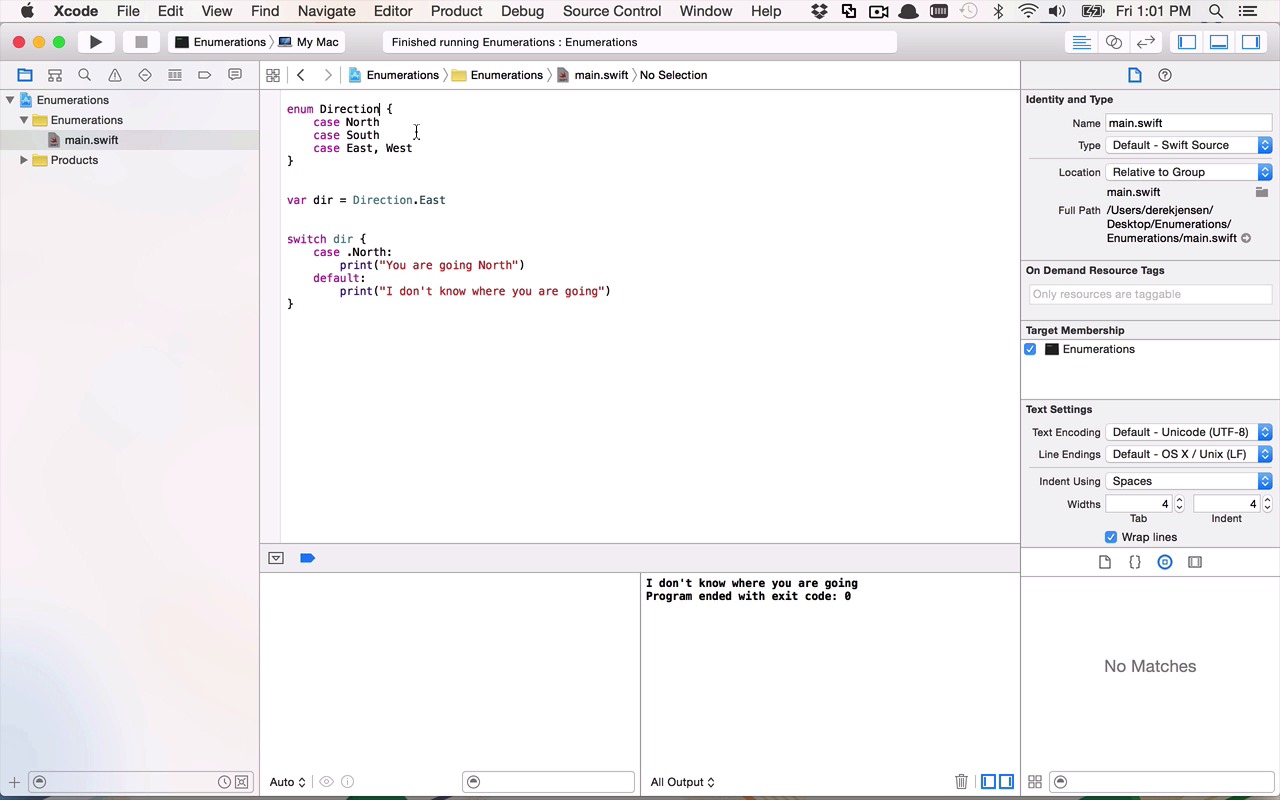 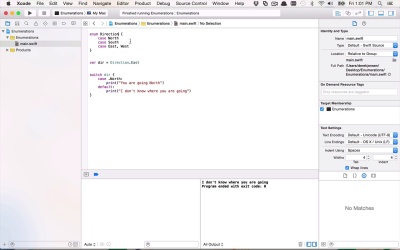 Like most other object-oriented languages, Swift allows you to create new datatypes to model application functionality or the real world. The most basic way to begin to create a new datatype is an enumeration. In this lesson, I'll show you how to define a custom enumeration.