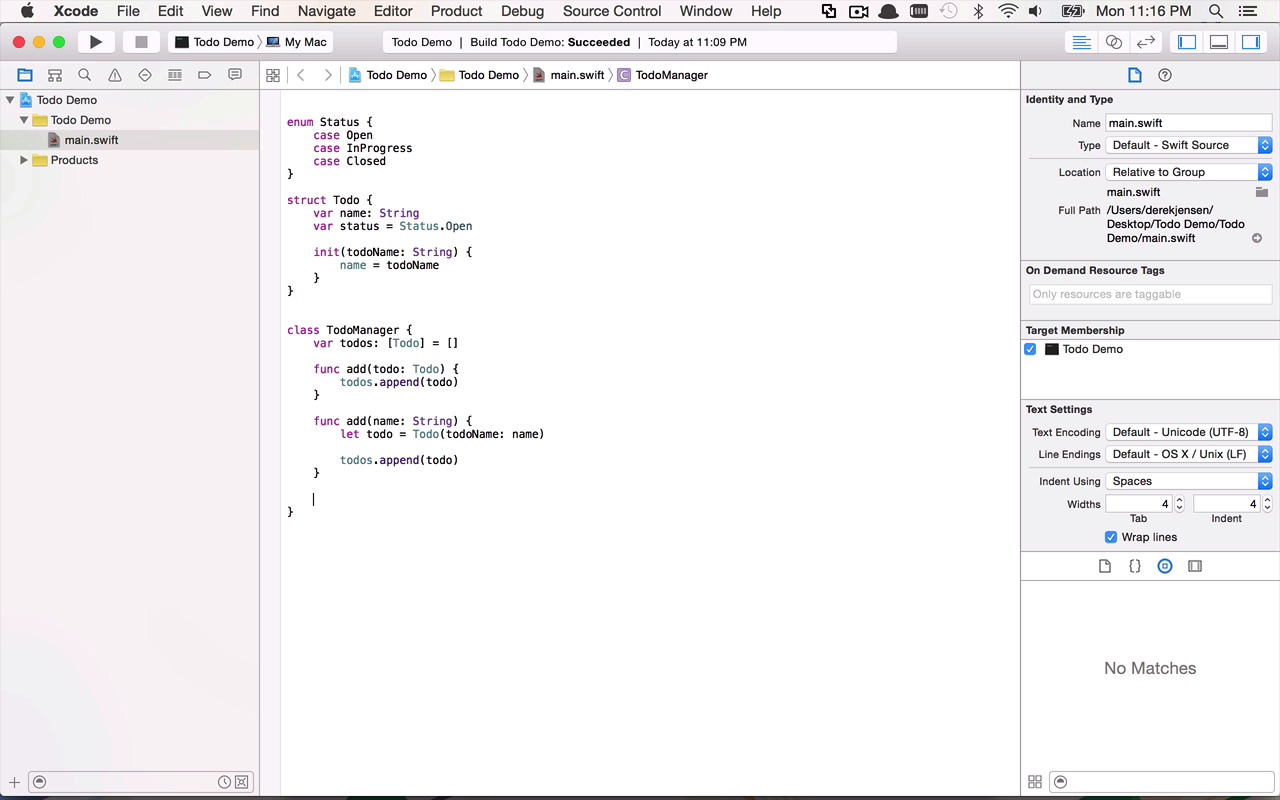 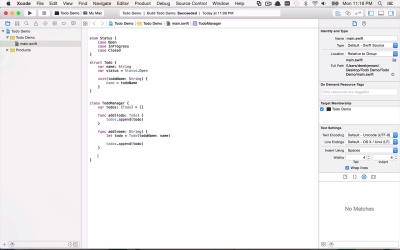 Now that you've learned all these new object-oriented language features, let's put them to use. In this demo application we're going to build a simple to-do list application that has the ability to create to-do items, save them, change their status, and view all open items. Let's get to work!