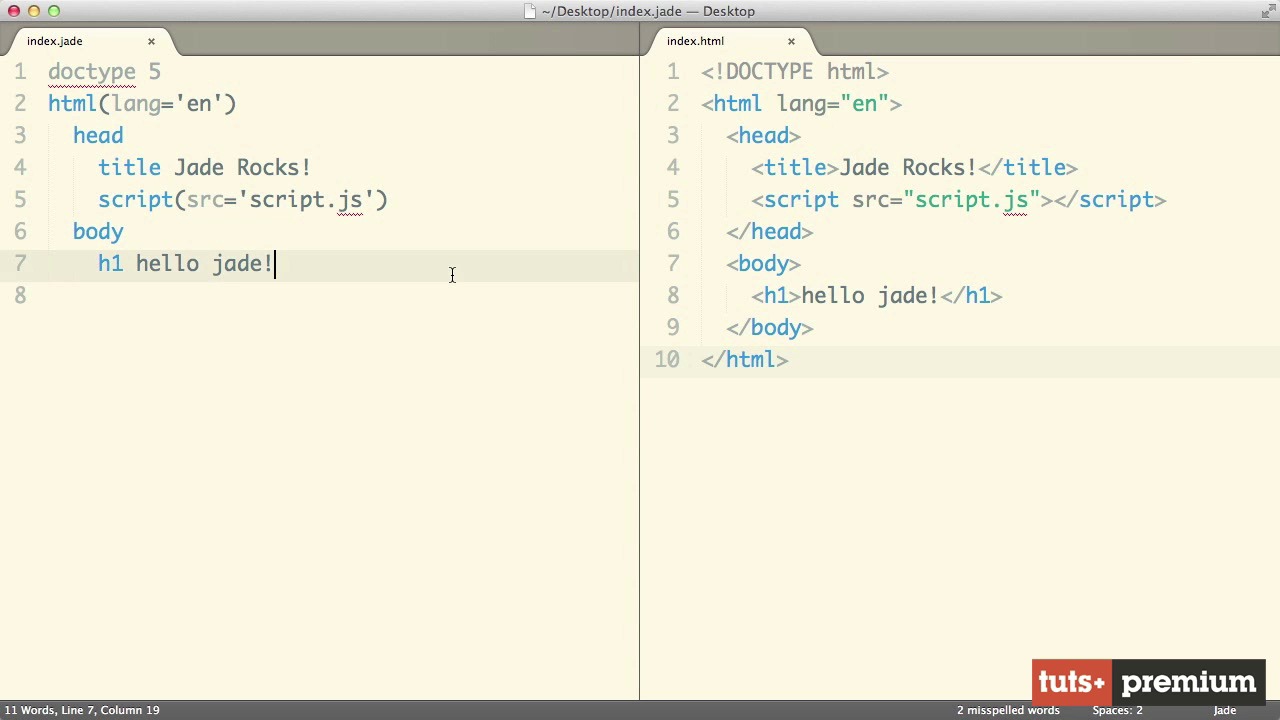 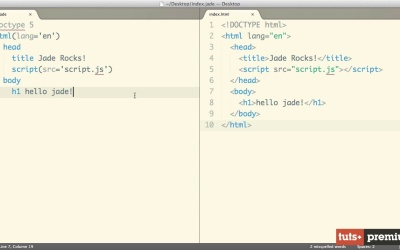 Jade is an HTML pre-processor that provides an abstraction to write HTML. It comes with helpful features such as basic logic, partials and extends to laytous.