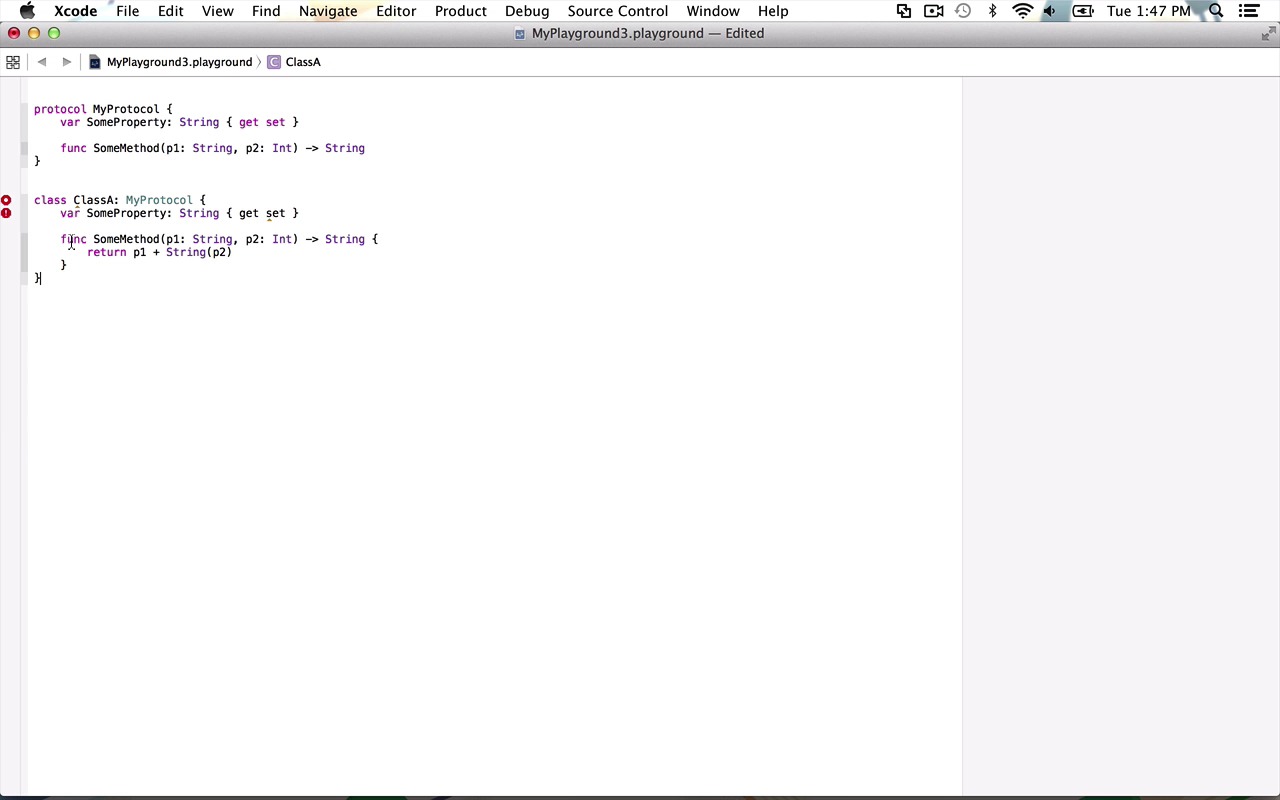 Within the Swift language, protocols give you the ability to define a blueprint describing the features and functionalities that classes can conform to. Let’s take a look at some examples in this lesson.