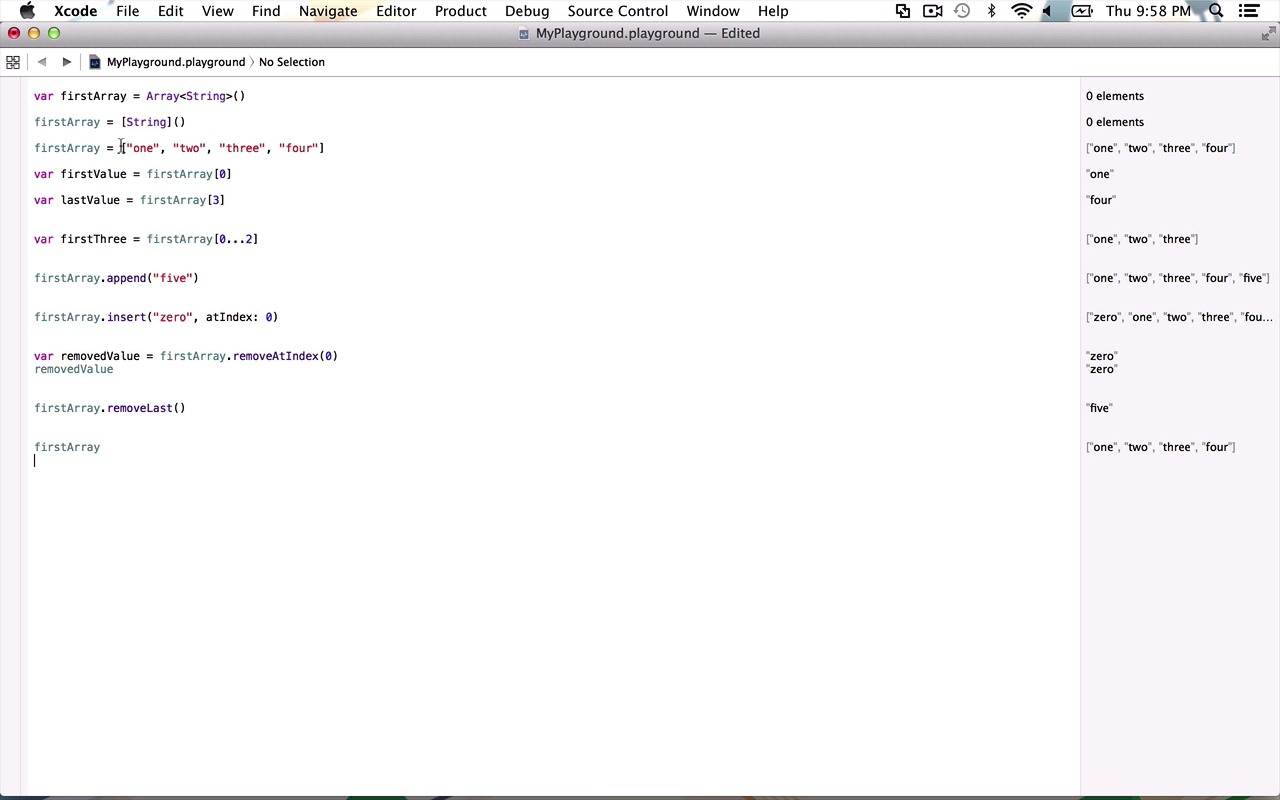 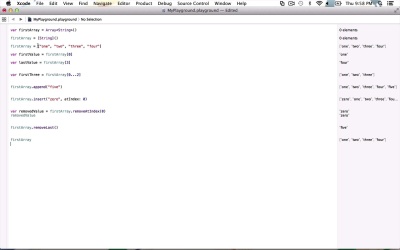 One of two primary collection types found within the Swift standard library is the Array. Arrays can be very useful in holding on to several instances of values of the same type. And the nice thing about the Swift language being type safe is the fact that the Array type is generic. So you will always know what type of values are in your Array.