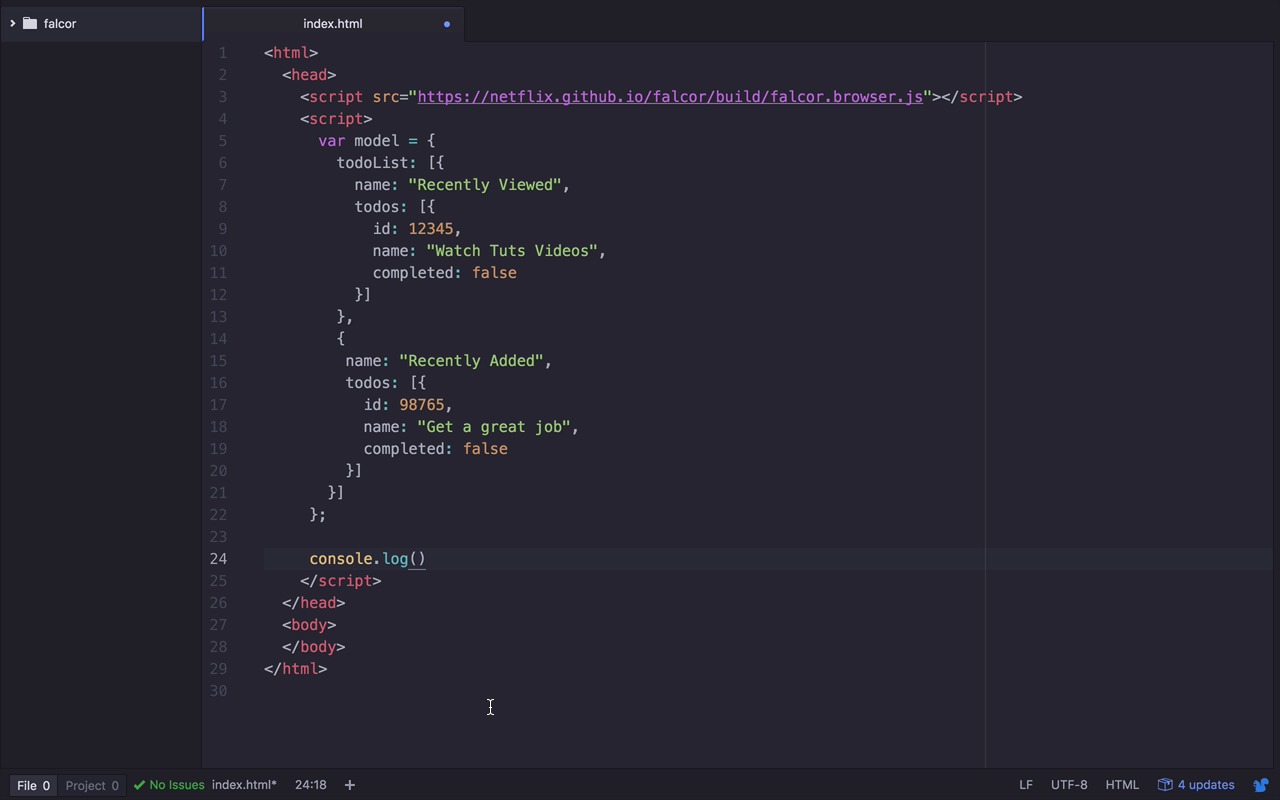 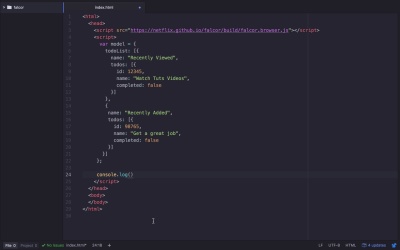 Before we can really appreciate the fundamental features of Falcor, let's take a look at what is so endearing about JSON. It's very simple to use, comes by default with JavaScript and all current web browsers, and it is easy to navigate through simple JSON data structures (models) as well as very large, complex ones.