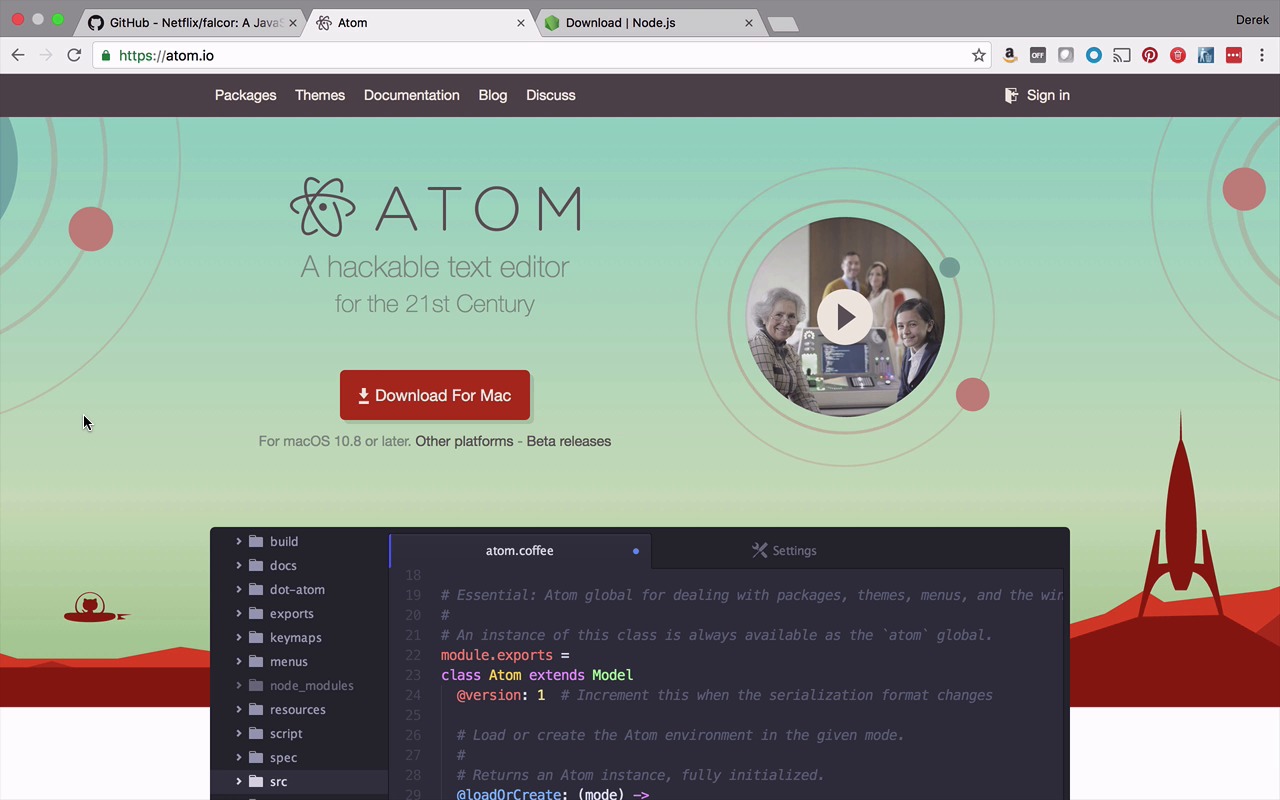 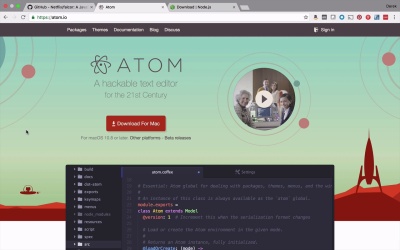 In order to follow along with this course, all you need is a basic text editor, a web browser, and some basic knowledge about where to get access to the Falcor library. Aside from that, some knowledge of Node would be helpful, but not mandatory.

Before we actually get into writing any sort of code or talking about what Falcor is and how to use it, we're gonna need to talk a little bit about what you're gonna need to follow along in this course. Now, for the most part we're not talking about any complicated software or libraries or anything like that. But there are a couple things that would definitely benefit you to at least have on hand or have a little bit of knowledge about. The first thing is going to be at least access to what Falcor is and how to get it into your web application. And if you head over to get github.com and take a look at the Falcor repo under Netflix. And you scroll all the way down to the bottom, the most important thing that you're gonna need to have access to, is a reference to the Falcor library itself. And so for development purposes we're gonna be using this one right here. Now, it's recommended that that only be for development because that can change rather frequently. The CDN version would be better for production, which is shown below, but we'll talk about that a little bit later in the course. So just know where you can get this URL to get access to this library, is the most important thing here. Also you're gonna need some sort of text editor, you don't need anything fancy or anything paid or any sort of fancy IDEs. I'm gonna be using ATOM you can absolutely download it for whatever platform you're running on, I happen to be running on a mac. But you could download it and install it for other platforms and that should be fine as well. Then we are going to be dealing a little bit with Node in this course, to be able to spin up a very quick web server using Node and Express. You don't really have to have much knowledge into the world of Node or Express for that matter, as I'm wanna take you through a fairly quick crash course into getting one set up very quickly, it's actually pretty simple. But if you are running on a platform that maybe doesn't have Node installed or if you just wanna install the latest and greatest versions, then you should definitely head over to nodejs.org. And go to the downloads page and download and install whatever version you have or whatever version you need for your supported platform, that would be good to have as well. And then you're gonna need some sort of command shell or terminal, the built-ins for all of your platform should work just fine. I use iTerm, but you can use whatever is built-in for your particular platform. And that's pretty much it, the rest of it is going to be pretty simple and I'm gonna take you through all the steps needed to get everything set up and going right off the bat. So hopefully you have everything you need, and as soon as you do, let's get started.