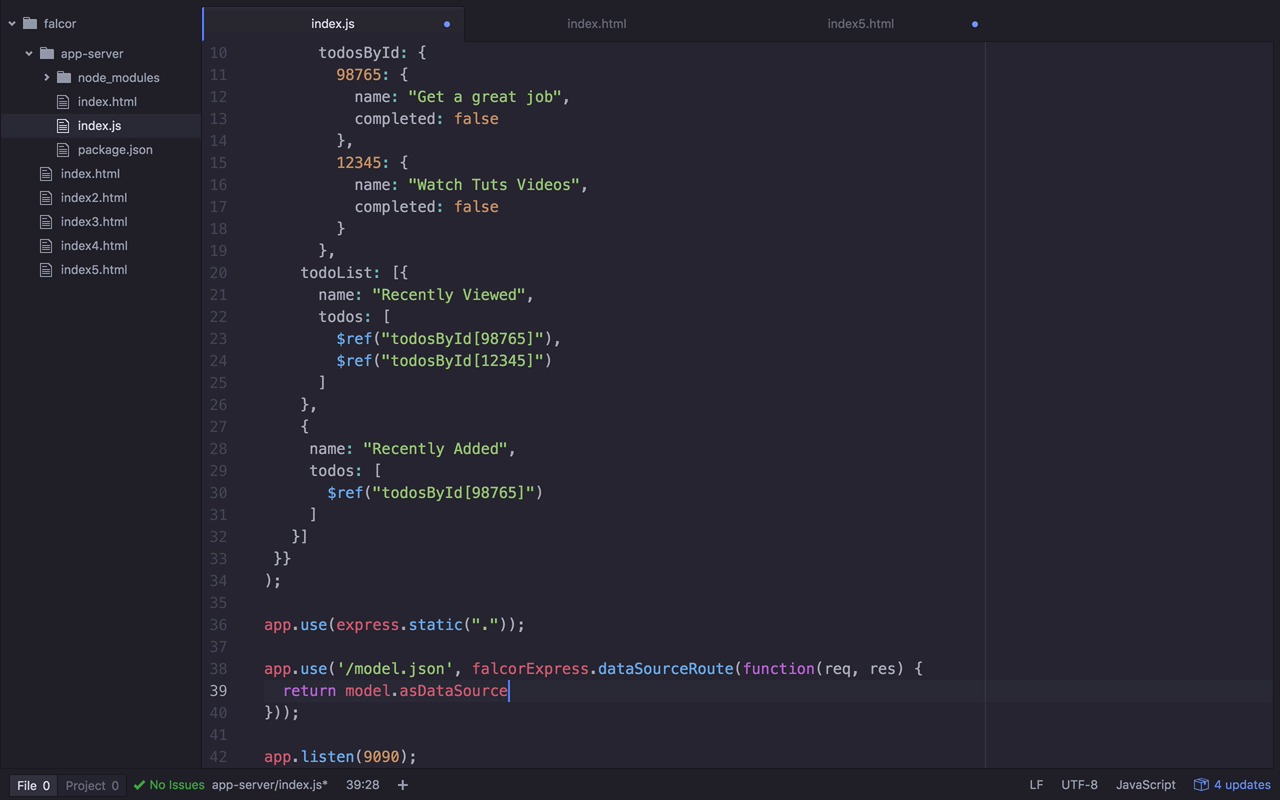 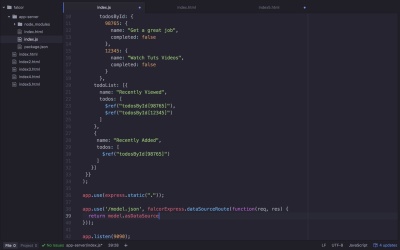 2.7 Moving Falcor to the Server

Finally, we'll take the Falcor model that has been living in our static HTML page and move it to the server. I'll show you just how easy it is to move the source of our data from the client to the server. We won't even have to change the way our data access code works in the client JavaScript.

2.7 Moving Falcor to the Server