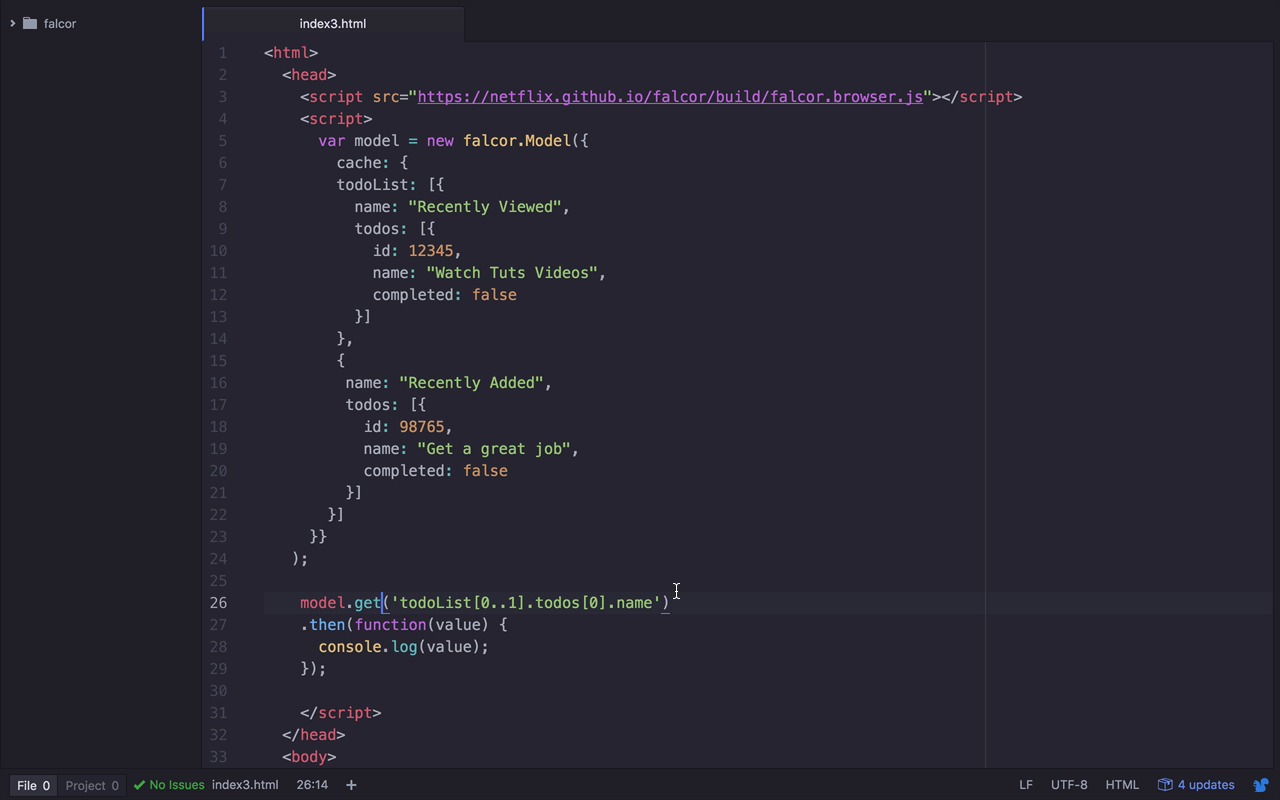 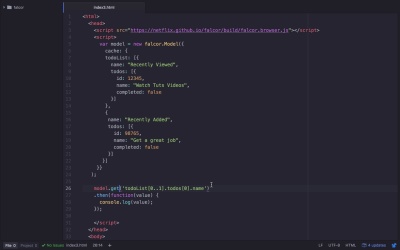 2.3 Getting More Data From Your Falcor Model

Since we now know how to use a Falcor model to retrieve a single piece of information from our JSON data, wouldn't it be nice to be able to retrieve multiple pieces of information, whether or not they are found in the same location as your JSON data? Of course it would. In this lesson, I'll teach you to do just that.

2.3 Getting More Data From Your Falcor Model