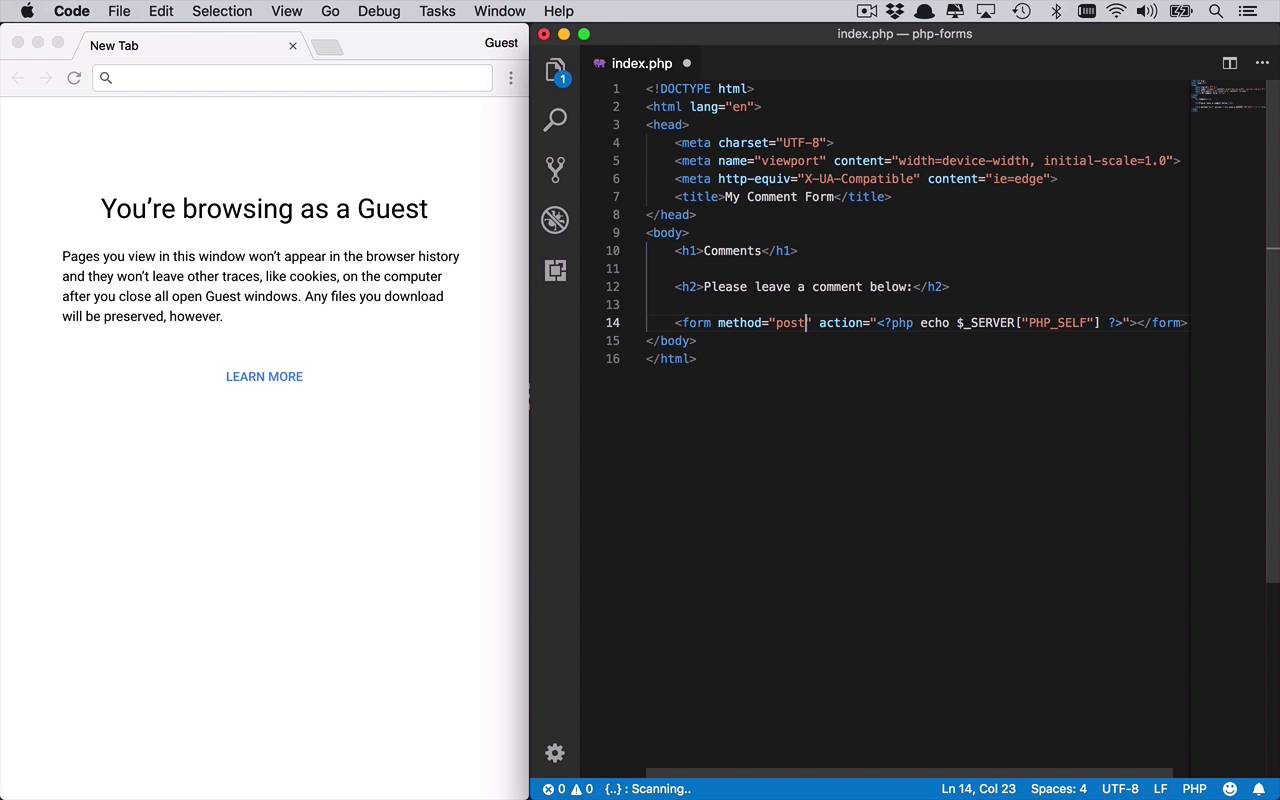 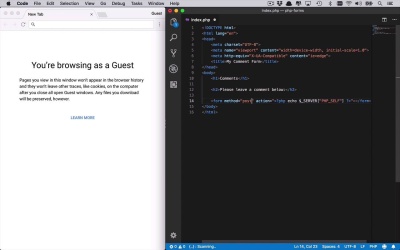 It's time to create the basic form that we'll work with throughout the course: a simple form for posting information to a website. Let's begin by creating our form and writing some basic code to display the posts on our page.