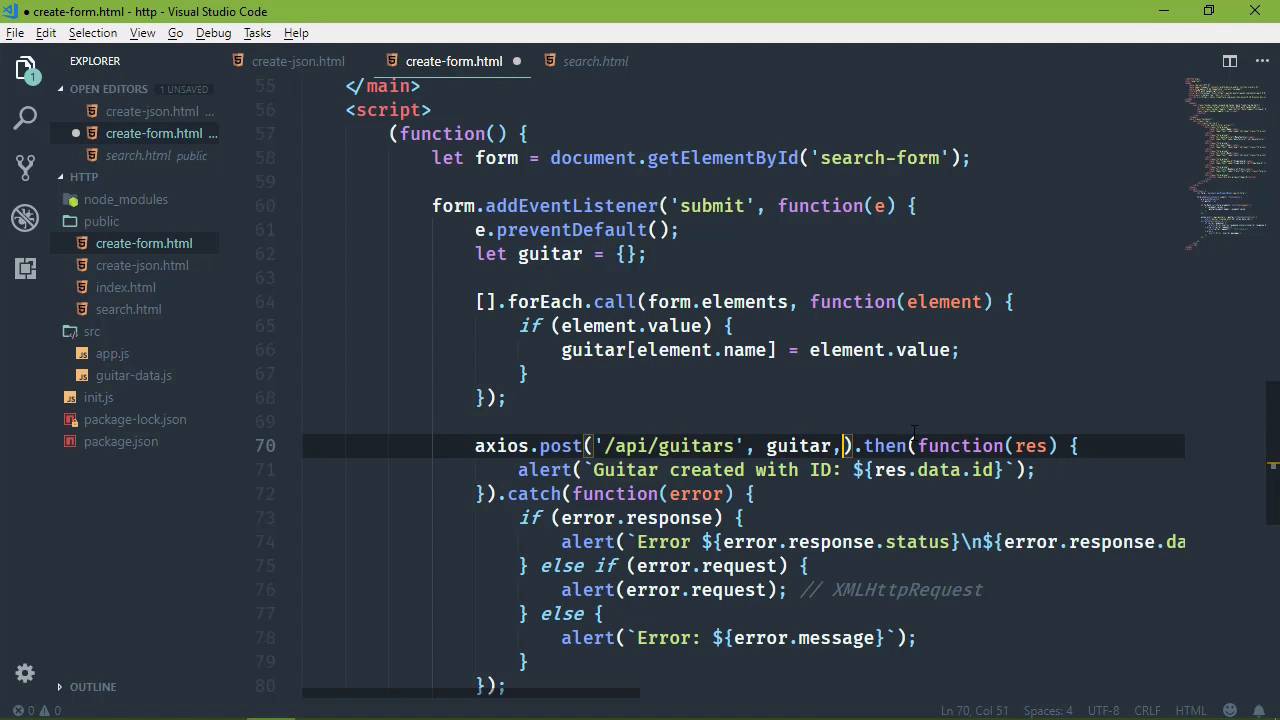 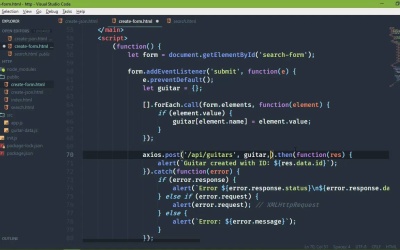 GET requests are simple, but the other types of requests are a bit more involved, simply because of the data we include with them. In this lesson, I'll show you how to issue POST, PUT, and DELETE requests with JSON and URL-encoded data.

2.2
Collecting and Using Form Data With GET Requests
11:19