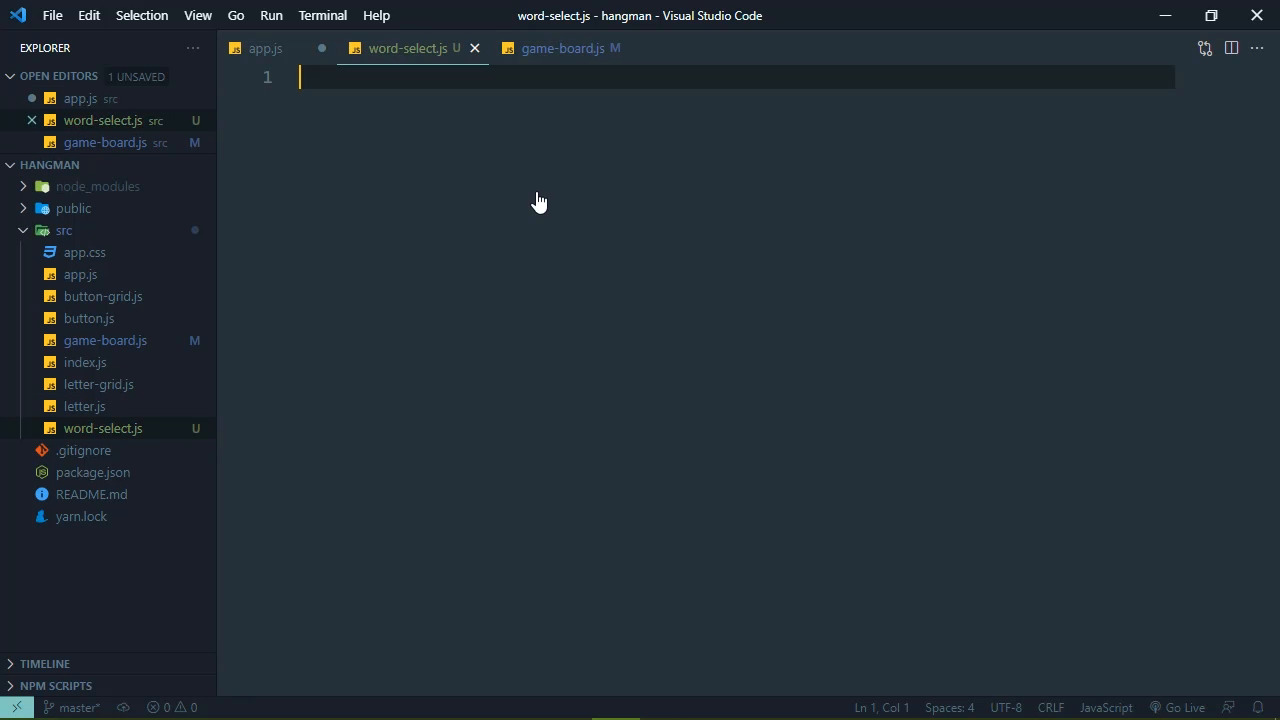 In this lesson, we'll create a component that will allow one of the players to set the secret word.