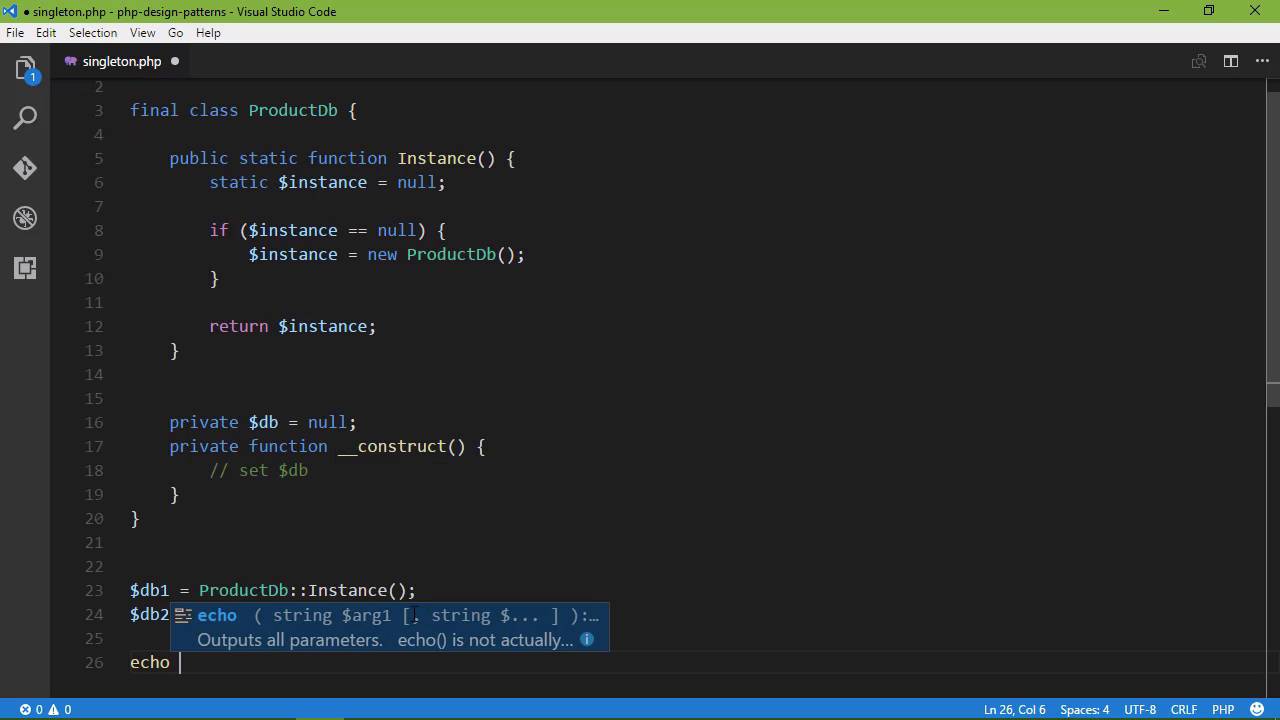 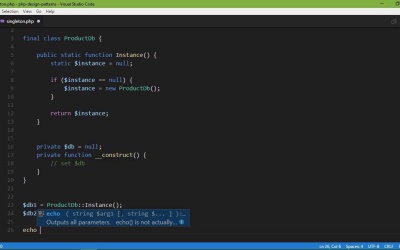 Another common pattern is the singleton. It's a class with only a single instance, and you'll learn how to implement it in this lesson.