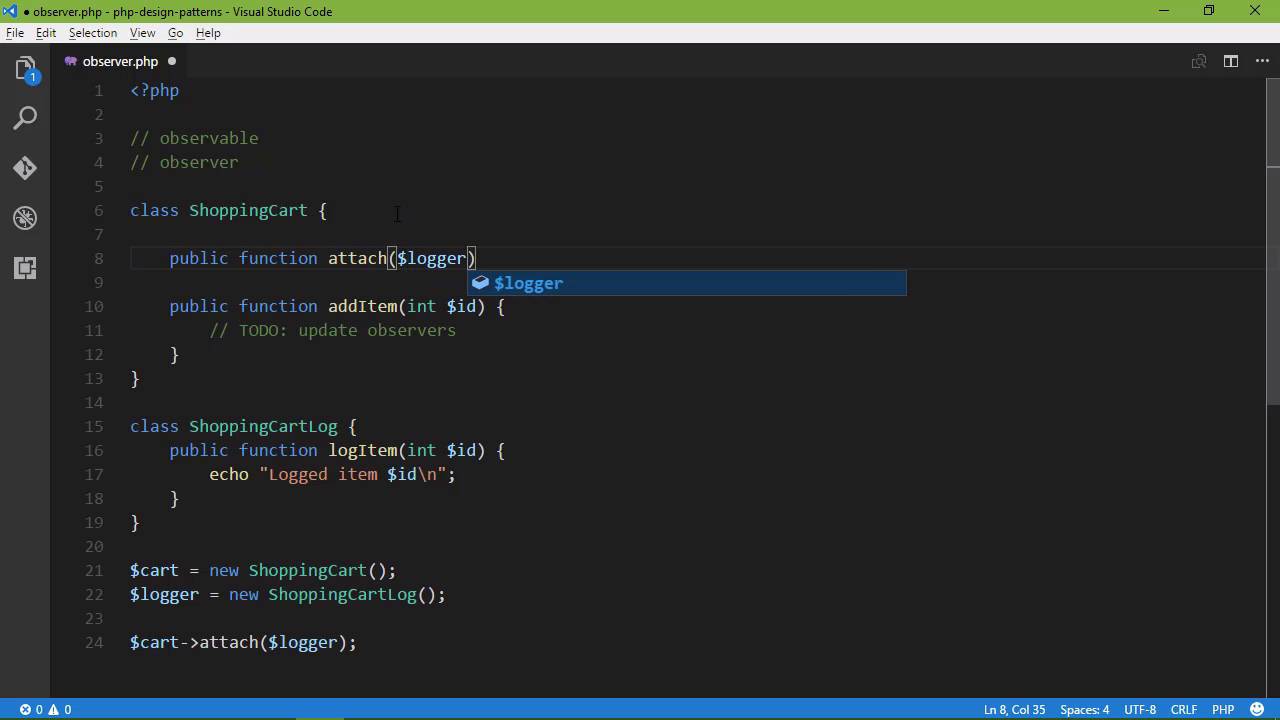 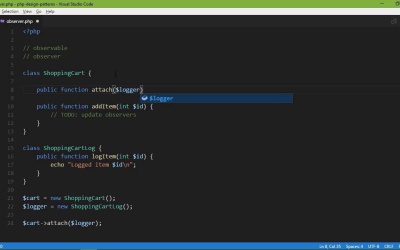 Observer is a common pattern in UIs, where components need to update in response to input events or real-time changes elsewhere. You'll learn how to implement the observer pattern in this lesson.