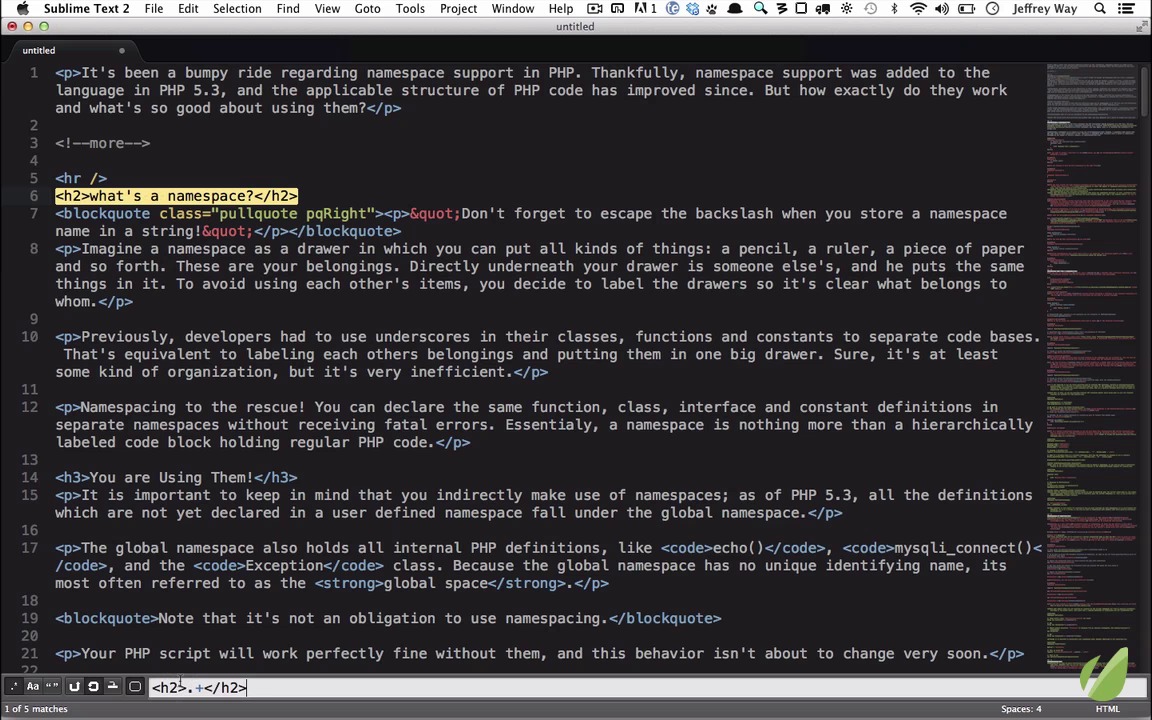 In this video, I'll provide you with the basics of using regular expressions in Sublime Text.

Jeffrey Way
I used to be the editor of Nettuts+ and head of web development courses at Tuts+.
jeffrey_way
Subscribe to access all courses
×
1,200+ courses and ebooks
Design, code, video editing, business, and much more.
Millions of creative assets
Design templates, stock videos, photos & audio, and much more.