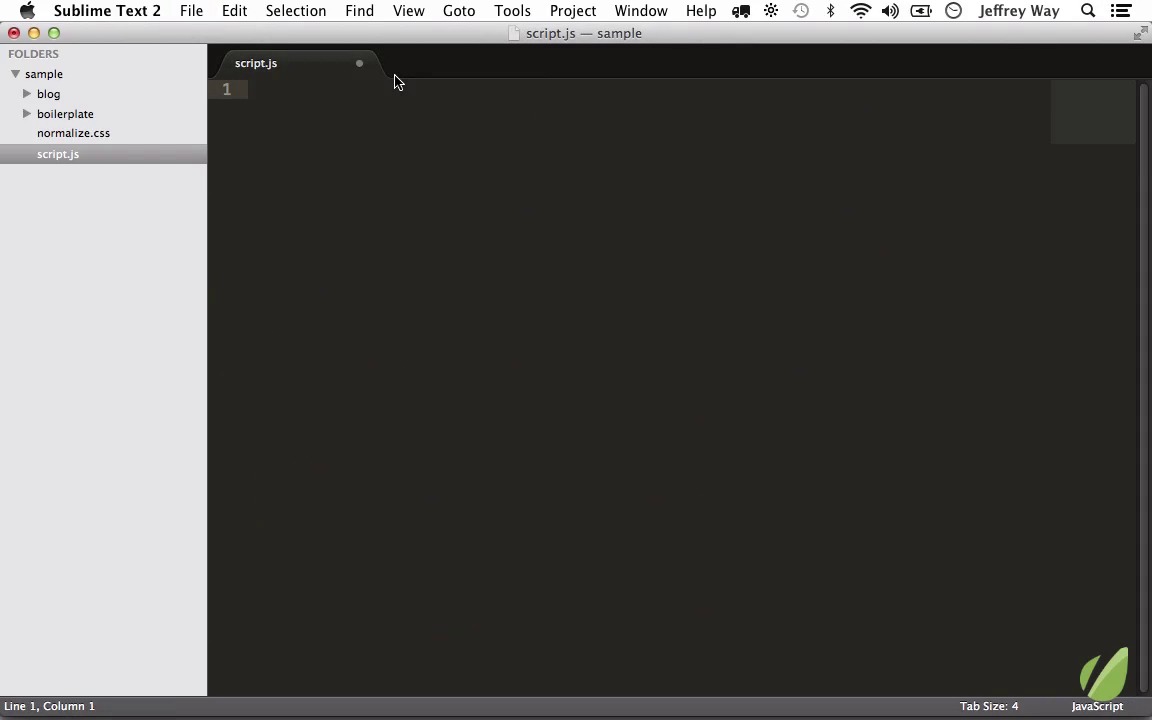 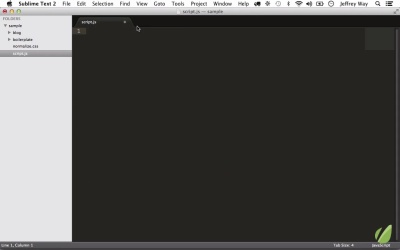 One of the questions that I'm most often asked about relates to how I'm able to create files so quickly in Sublime. With the right plugin, it's a cinch!

When people watch my other screen casts, one of the most frequent questions I get is how are you able to create files so quickly. And what they see is that I hit this keyboard shortcut, a little panel pops up at the bottom, I type the path to the file and then it instantly is created. Which is a lot quicker than going to File &gt; New File, saving it, having this GUI pop up and then typing the file. So let's set that up and it's via a plugin called advanced new file. Shift+Cmd+P, Install, Advanced Newfile. So now once again, if you have no idea how to use this, go to Sublime &gt; Preferences &gt; Browse Packages. Look for Advanced Newfile and take a quick look at the ReadMe and I'll just drag that in. Now we can see the key maps is super. And by the way, you'll see super used a lot in Sublime and that's because Sublime is available in Mac, Linux and Windows. Now in Linux, there is a super key. On the Mac, that would be your command key. So whenever you see super, just think command. So in this case, if we type Cmd+Alt+N, that will allow me to create a new file. So let's try it out. Close all of this out. So Cmd+Option+N and now we have this new path come up. And what's cool about this is, yes, I can do the standard file name that will create the file and as soon as you save it, it will pop-up. But you can also specify a path. So I can do it once again, Cmd+Option+N. And now I'm going to place it within the boilerplate directory and we'll call it buttons.css. Now that's been added to the boilerplate directory, but here's what's even cooler. If you specify a path where the directories have not been created, it'll do that for you. So to give you an example, I'm gonna delete all three of these. Now Cmd+Option+N and let's go into the CSS directory, maybe within SASS and we'll create something called buttons.sass. Now it's created that entire directory structure for us and that's how I'm able to create files so quickly. So I never do Cmd+N, that just doesn't happen. I will always do Cmd+Option+N or if I'm using vintage mode, I even assign that to a shorter key stroke. But maybe we'll talk about that in the vintage section of this course