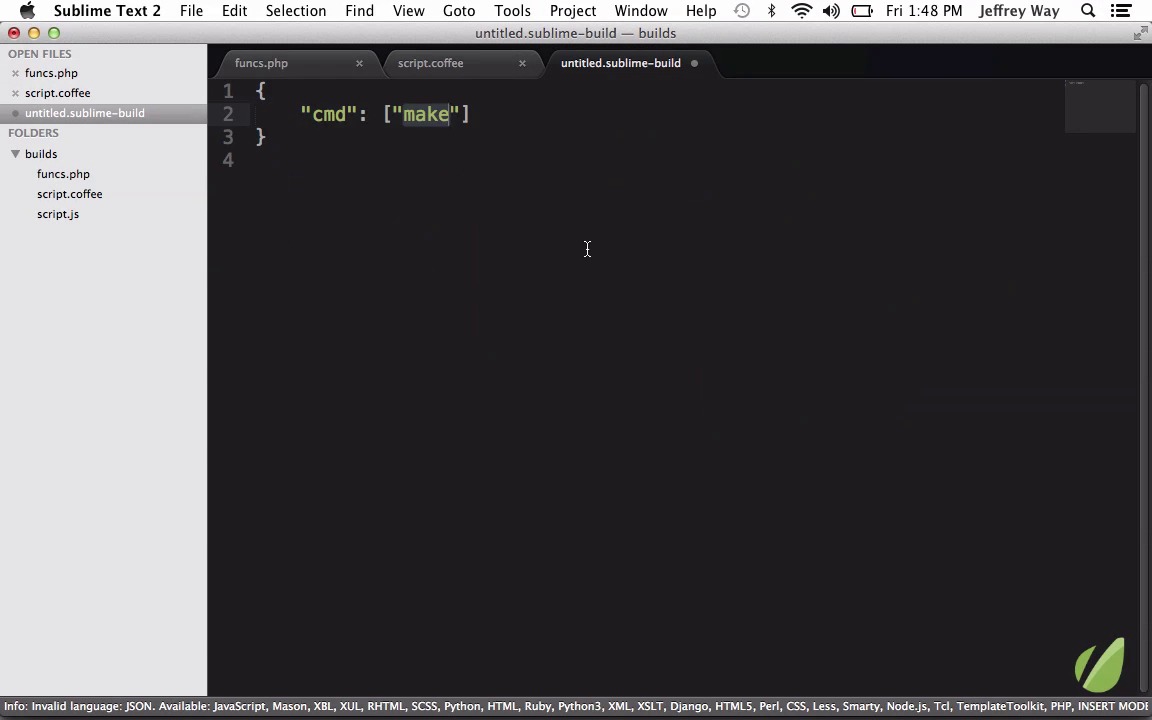 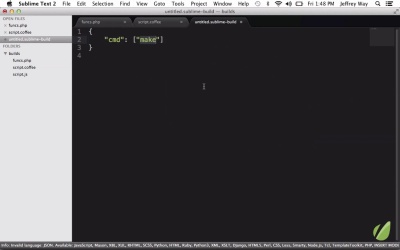 In this lesson, I'll show you how to create custom build scripts. Need to watch and compile CoffeeScript with a click of a button? What about executing PHP or calling a shell script? That's all detailed in this screencast.