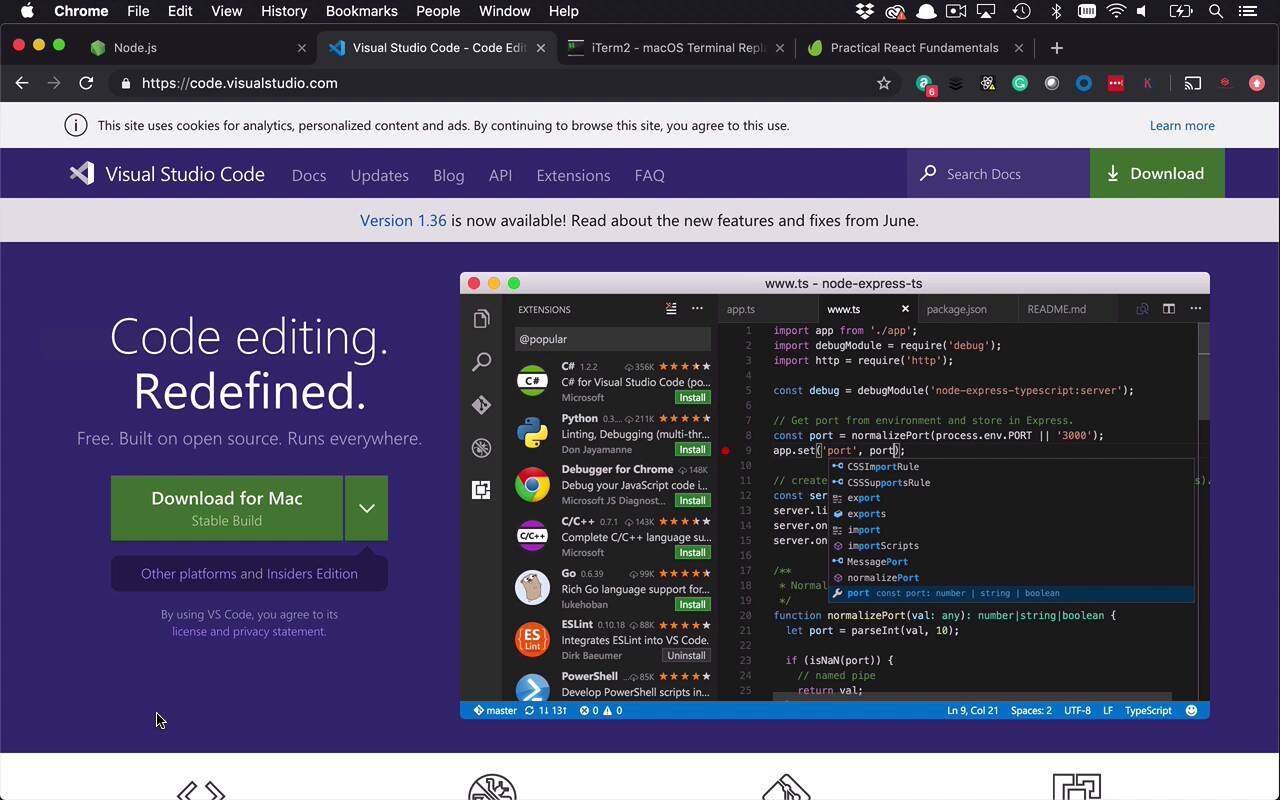 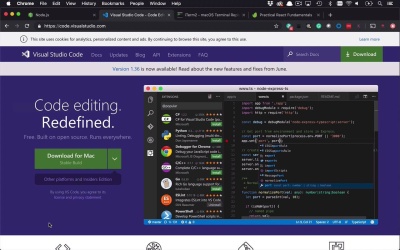 In order to follow along with this course, all you really need to have installed is Node. From there, you will be able to use NPM and NPX to create a brand new React app. To make your life easier, though, you will need a decent code editor, a terminal application, and basic knowledge of React.

Now, before we actually get started creating our React app with hooks, let's take a couple moments to go over some of the prerequisites. And some of the things that you're gonna need to know, before you can actually begin to follow along. Now, as far as software that you're going to need, the list is actually fairly short. All you're really going to need is Node, and you may be saying, well, why do I need Node if I'm creating a React app? Well, we're gonna be using Node, and actually, more specifically, the Node Package Manager, or npm, to handle a lot of the dependencies of our application. And we're gonna be using another piece of the puzzle called npx, to actually create the boilerplate React app that we're gonna start with. So go ahead and navigate over to nodejs.org, if you already don't have Node. And you can go ahead and download the latest version. And for our purposes, you can really just stick with the LTS version, whatever the latest version is there. You can go ahead and install that, and you should be absolutely fine. There's support for many different platforms. I am developing on a Mac, but you could just as easily follow along on a Windows machine or a Linux machine. So go ahead and get Node installed. Once you have that, you're gonna need some sort of code editor. One that you enjoy, one that you like, one that you really wanna continue to work with, and maybe even learn about into the future. And if you are kind of in-between, or you're shopping around at the moment, I would highly recommend you taking a look at Visual Studio code. It's probably one of my favorite code editors for many different reasons, but I'm gonna be using this one in this course. Feel free to follow along and use this, if you'd like. If not, you can follow along with just about any other text editor you want, or even some more sophisticated code editors like this. But anything that you can basically type code in, or type text into, will pretty much work. And then finally, you're gonna need a terminal application. Now, you can use any one that's built into your platform, that should be fine. I'm gonna be using iTerm2, but you can use any one that's built into your platform, whether it's on Mac, Windows, or Linux. Or any other sort of bash shell or anything like that should be fine as well. As far as React itself, I've spent a little bit of time covering the fundamentals of React in a previous course. And if you have no background in React, then I would highly recommend you at least getting your feet wet, a little bit. So you kinda see where we're going, and that you know some of the things that we're doing. Now, I will be touching on some of the basics, so don't really worry about having a deep background in React. But if you're looking to get a little bit more underneath you, you can definitely take a look at my Practical React Fundamentals course on Tuts+, and take a look at some of the basics there. Preferably some of the early chapters, where you're starting to get familiar with what React is, and some of the structures and the things that you're gonna find there. As well as maybe some of the basics of what components are, and things like that. Cuz we're gonna be using those concepts in this course, but we're gonna be handling them a little bit differently. And that's because we're gonna be talking about hooks. So once you have Node, and you have a text editor, as well as a terminal, all installed and ready to go? Let's go ahead and start building up our React hooks application.