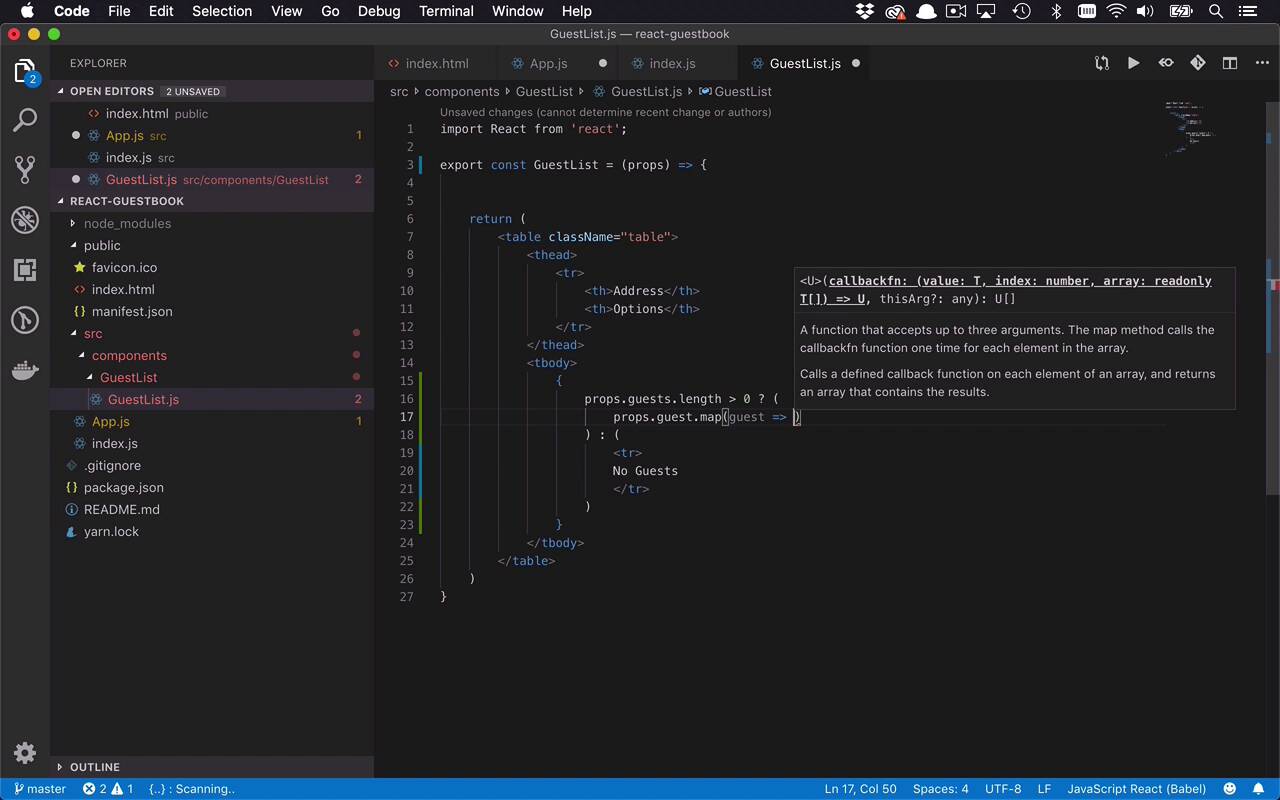 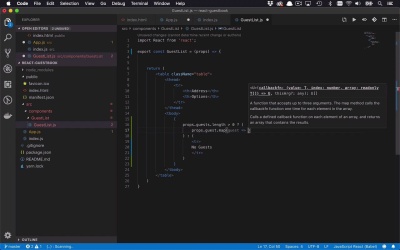 2.3 Passing Data to a Child Component

A very common pattern you will see in React applications is maintaining data in a centralized location and then passing it around to different components that need it. In this lesson, we will begin to define what our guest data looks like and start to store it in the main App component and pass it down into our newly created GuestList component.

2.3 Passing Data to a Child Component