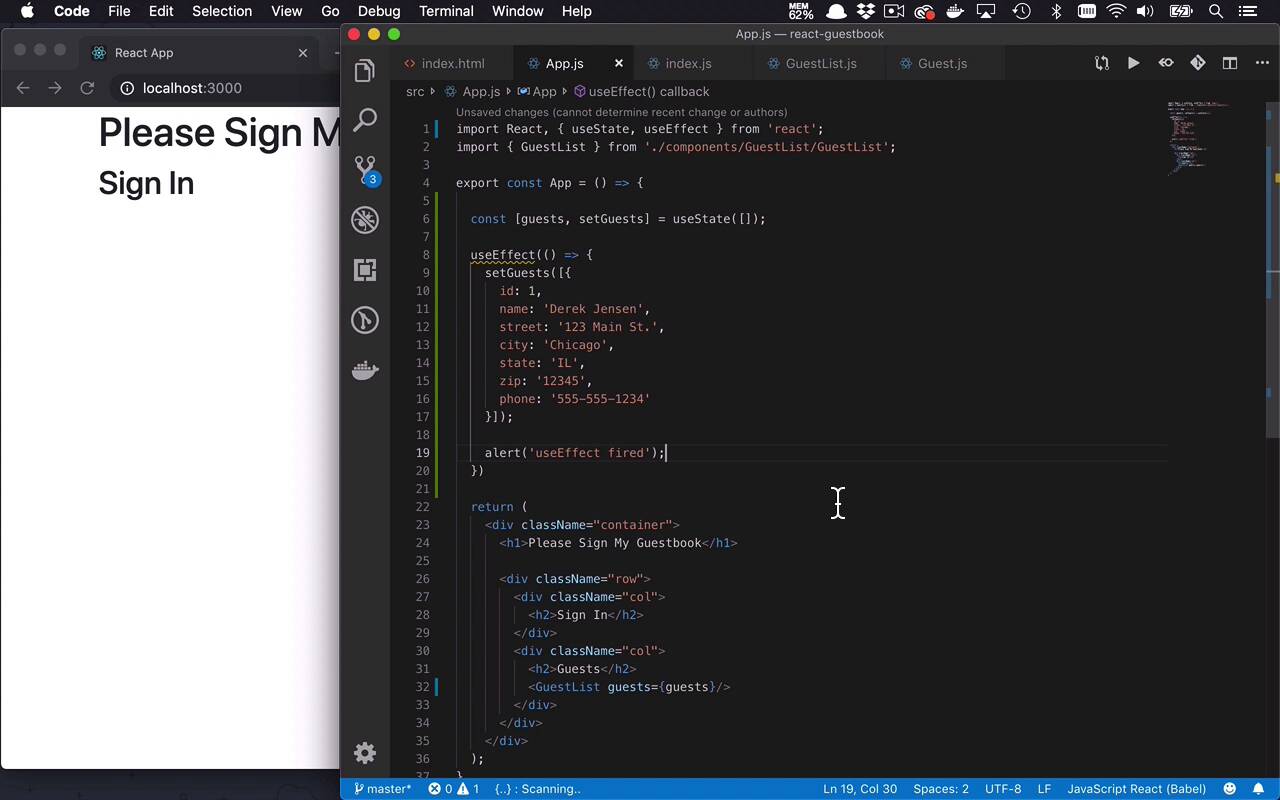 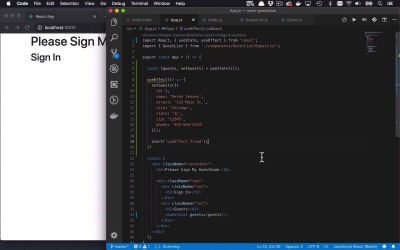 3.2 Lifecycle Events With the `useEffect` Hook

In addition to the useState hook, another very common hook is the useEffect hook. The useEffect hook is used to tie into the lifecycle events of components and execute functionality when these events occur. But be careful! I'll show you a common trap you might fall into.

3.2 Lifecycle Events With the `useEffect` Hook